Will the Pandemic Promote Political Power in Perpetuity? 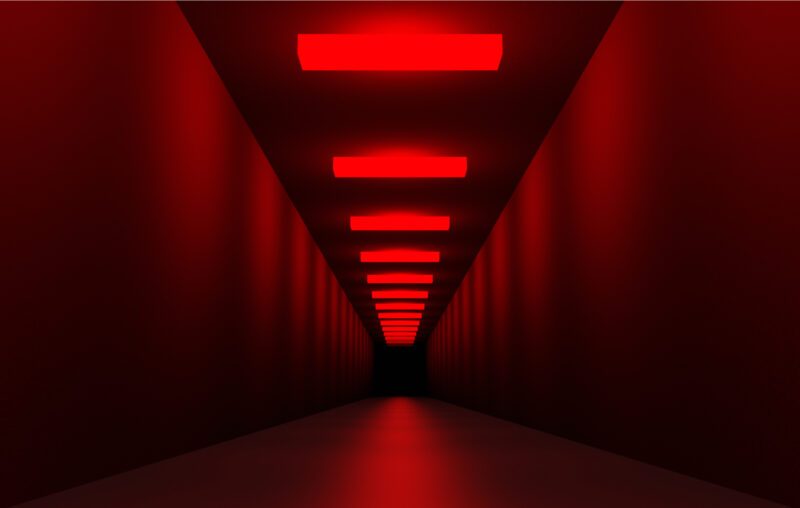 “It’s like we created another industry in our state. The amount of money is staggering,” Andrew Schaufele, director of Maryland’s Bureau of Revenue Estimates, happily declared last week. The Biden stimulus plan is deluging governments across America with hundreds of billions of dollars of extra revenue that will allow politicians to stretch their power in ways that vex citizens long after the pandemic is over.

One year ago writing for AIER, I asked, “Will the Political Class Be Held Liable For What They’ve Done?” Lockdowns at that point had already destroyed more than ten million jobs without thwarting the virus – a debacle that “should be a permanent black mark against the political class and the experts who sanctified each and every sacrifice.” No such luck. The article warned that “sovereign immunity… almost guarantees that no politician will face any personal liability for their shutdown dictates.”

The political class is coming out of the pandemic with far more power and prerogatives. Biden’s stimulus windfalls for lockdown governors is like giving $100,000 bounties to drunk drivers who crashed their cars. Government employees have been the ultimate privileged class during Covid-19, collecting full paychecks almost everywhere while many of them stayed home and did little or no work.

Maryland will receive between $55 billion to $60 billion in federal stimulus funds – equal to “11 percent of the state’s entire economy.” The Maryland legislature “celebrated” by giving bonuses to government employees and by funding many new programs. Many other states have similarly used federal windfalls to launch new initiatives.

Biden and his Democratic congressional allies are exploiting the pandemic to change the reality of work in America. Biden’s stimulus package included a $300 per week bonus for unemployment compensation that means that anyone who earned less than $32,000 is better off on the dole than taking a job. The unemployment bonuses were provided even while many states had canceled any requirement for claimants to actively seek a job. Alexa Tapia, the unemployment insurance campaign coordinator at the National Employment Law Project, a worker advocacy group, derided work search requirements as “just another barrier being put to claimants, and it can be a very demoralizing barrier.” To assume that people are too fragile to look for a job sounds like a vast expansion of the Americans with Disabilities Act. Federal “generosity” to individuals who choose not to work is devastating small businesses unable to hire employees.

Schools are some of the biggest beneficiaries of Biden’s handout bonanza. Biden’s Education Department is stocked with zealots who will likely exploit federal funding to dictate new curricula and mandate “equity” rules that could undermine local control of education. The same thing happened during the Obama administration when federal aid was used to bribe states into adapting “Common Core” standards that undermine students’ math competence.

Teachers’ unions used their clout to keep schools shut down long after it was clear that reopening was safe. The Chicago Teachers Union declared, “The push to reopen schools is rooted in sexism, racism, and misogyny,” while the president of the United Teachers of Los Angeles declared that reopening schools “is a recipe for propagating structural racism.” But many teachers are collecting windfall bonuses thanks to the profusion of federal aid regardless of their unions blocking schoolhouse doors.

Politicians are also exploiting the pandemic to seek to abolish fares for public transit. The Washington Post noted last week, “Transit systems for decades have been saddled with an obligation to partly support themselves through chasing ridership to increase revenue.” “Chasing ridership” is a euphemism for persuading people to voluntarily pay for a service. Sen. Edward Markey (D-Mass.) is pushing the Freedom to Move Act for federal subsidies to end local transit fares. But this is simply “Freedom to Move At Other People’s Expense.”

Free fares could quickly become a Trojan horse. Turning riders from customers into beggars would remove some of the last incentives to provide reliable service. If public transit is made “free,” then the only people that transit officials will need to please are federal bureaucrats, members of Congress, and transit union bosses. Transit systems won’t need to worry about keeping travelers safe; a survey of lapsed New York subway riders found that “nearly 90%… said crime and harassment were important factors in determining whether they return to the system.”

Making subway rides free would also distract attention from the miserable performance of public transit systems that were losing ridership long before the pandemic. When the Washington Metropolitan Area Transit Authority received a huge boost in subsidies from the Maryland and Virginia state governments a few years ago, it promptly responded by shutting down many subway stations for seemingly eternal maintenance since it no longer needed fare revenue. Many of the same activists who want to make public transit zero cost for users also want to sharply curtail the use of private transit: citizens who refuse to abandon their cars for “free” transit could be next on the enemies list.

The Biden administration is sparing no expense to make parents grateful to Washington. Beginning July 15, the feds will begin delivering up to $300 per child to Americans’ bank accounts and mailboxes. The Washington Post noted that the administration “estimates 88 percent of all American children are slated to receive new monthly payments — with no action required.” Congress enacted a temporary program scheduled to end after December. But a temporary handout shifts the argument: instead of debating whether a program that deluges non-needy families with cash, the question will be whether needy children can be thrown into the street by cutting off aid. The Post noted that the handouts could “have significant political consequences as the White House seeks to reshape the U.S. economy.” Actually, this is an attempt to vastly change the relationship of the federal government to the American people.

Throughout history, rulers have used cash to buy submission. “Money is my most important ammunition in this war,” said Gen. David Petraeus, the supreme U.S. commander in Iraq. Presidents and members of Congress have long relied on “money as a weapon system” to buy votes or undermine resistance to Washington.

Government restrictions almost always follow government handouts. In 1942, the Supreme Court ruled, “It is hardly lack of due process for the government to regulate that which it subsidizes.” Because the Roosevelt administration had decided to drive up wheat prices, the Secretary of Agriculture acquired veto power over the use of every acre of cropland in the nation. In 1991, in a case involving federal subsidies, Chief Justice William Rehnquist declared that “when the Government appropriates public funds to establish a program, it is entitled to define the limits of that program.”

Every subsidy creates a power vacuum that will eventually be filled by bureaucratic or political ambition. The more things are financed by subsidies, the more activities become dependent on bureaucratic approval and political manipulation. To depend on government subsidies means either to be currently restricted – or to be only one Federal Register notice away from being restricted. Subsidies are the modern method of humane conquest: slow political coups d’etat over one swath of American life after another. The only way to assume that subsidies are compatible with individual liberty is to assume that politicians and bureaucrats do not like power.

Biden’s profusion of new handouts put a halo over his tax hike proposals and, perhaps more importantly, his plans to unleash the IRS to be far more aggressive against Americans. The more politicians promise to give some people, the more they entitle themselves to seize from everyone else. French philosopher Bertrand de Jouvenal wrote, “Redistribution is in effect far less a redistribution of free income from the richer to the poorer, than a redistribution of power from the individual to the state.” “Reciprocal plunder,” in economist Frederic Bastiat’s phrase, becomes the soul of political life.

Post-pandemic policies are far more perilous because few Americans yet recognize how badly their rulers failed them. Instead, “temporary” programs will be extended and further divide Americans into two classes—those who work for a living and those who vote for a living. The more people who view government as their personal savior, the easier it becomes for politicians to demagogue to ever greater power. But as economist Warren Nutter warned, “The more that government takes, the less likely that democracy will survive.”

This article, Will the Pandemic Promote Political Power in Perpetuity?, was originally published by the American Institute for Economic Research and appears here with permission. Please support their efforts.