Will More Media Bias Save Democracy? 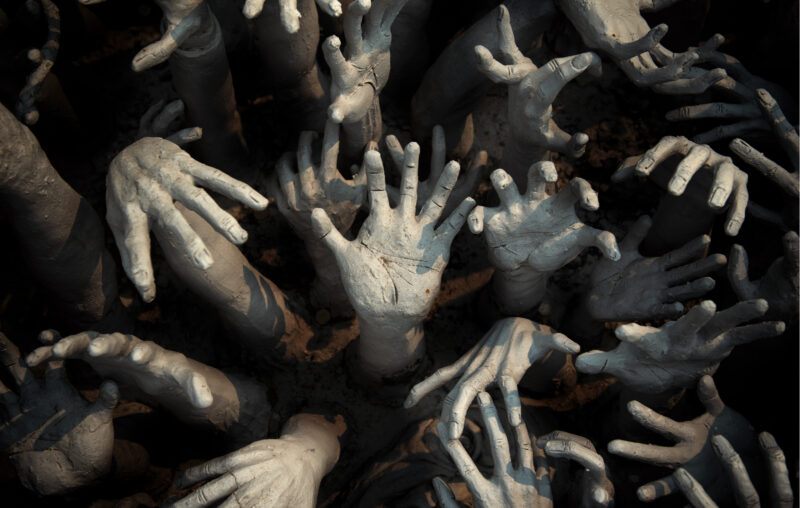 The Washington Post’s media columnist is summoning saviors because “our democracy is under attack.” Margaret Sullivan wants Washington journalists to adopt a “pro-democracy” frame and “start being patriotic.”  Reporters should cease focusing on “winners and losers” in political skirmishes and instead ask “who is serving the democracy and who is undermining it.”

From Sullivan’s view, media coverage has been fatally handicapped by purporting to accurately portray political developments. Instead, it is time for reporters to take sides on the barricades.

Sullivan’s prescription for the press corps is reminiscent of a corporation that is almost bankrupt and gambles everything on a desperate “Hail Mary” pass. Last month [June], the Reuters Institute reported that only 29% of Americans trusted the news media – the lowest rating of any of the 46 nations surveyed. A Gallup poll last year revealed that “86 percent of Americans believed the media was politically biased.” Practically the only folks who don’t recognize the bias are the people who share the media’s slant.

But according to Sullivan, the problem is that some journalists are still betraying the nation by excessively focusing on the facts. That’s the same perspective of Stanford University journalism professor Ted Glasser, who recently asserted that journalism should “free itself from this notion of objectivity” and become “overt and candid advocates for social justice.”

Sullivan anchors her column with a quote from Norm Ornstein, a fixture of Washington think tanks since the Calvin Coolidge administration. Ornstein warned that “balanced treatment of an unbalanced phenomenon distorts reality.” How can we know Ornstein is a reliable sage? After Biden was inaugurated, Ornstein tweeted, “I am so relieved, so happy, and so proud that this wonderful, grounded, decent, compassionate and patriotic man is our president.”

Sullivan’s own columns reveal her belief that journalists should glorify high-ranking government officials. Last month, thousands of pages of heavily-redacted emails from Covid Czar Anthony Fauci exposed his flip flops on the benefits of mass panic and the efficacy of face masks and lockdowns. They also revealed his concerns to squash any allegations that Covid-19 emerged from a Chinese lab bankrolled by the U.S. government. Fauci responded to the controversy by sainting himself and ludicrously proclaiming that “ Science and the truth are being attacked.”

Sullivan raced to the rescue with a column headlined: “Only in our anti-truth hellscape could Anthony Fauci become a supervillain.”  Sullivan, like the clueless policeman on the South Park cartoon, assured readers that “there is nothing to see here, move along.” Sullivan concluded: “No one should claim that Fauci is infallible” – but worshiping him regardless is vital for democracy.

Sullivan’s recent column was sparked by her rage over the press coverage of the first hearing by House Speaker Nancy Pelosi’s panel on the January 6 Capitol clash. Sullivan lamented, “The Democratic leadership has been trying to assemble a bipartisan panel that would study that mob attack on our democracy.” Sullivan summarized the hearing as “somber, powerful, pointedly non-political testimony from four police officers attacked during the insurrection.” “Non-political” except for the message that some protestors were “fascist traitors,” as Rep. Jamie Raskin (D-MD) declared. The congressional panelists and police concurred that all of the 9,000 protesters near the Capitol were “terrorists” – a label that apparently now applies to anyone in the same zip code when political violence occurs.

The hearing offered demagoguery in lieu of disclosure and was choreographed to give congressmen a chance to cry for television cameras. Neither Sullivan nor anyone at that hearing voiced any concern over the continued refusal to disclose 14,000 hours of surveillance videos taken inside the Capitol on January 6 – key evidence that could settle some of the controversies around that day. The panelists ignored the reports by the Inspector General and others that exposed the stunning failures of readiness by the FBI, Capitol Police, and other agencies on January 6. Nor were there any questions about what role, if any, FBI undercover agents or informants may have had in that day’s mayhem. It was as if the recent revelations of the FBI’s role in masterminding the purported plot to kidnap Michigan Governor Gretchen Whitmer never occurred.

Sullivan probably considers her own work as a model for responsible advocacy. One week before the election last year, Sullivan tweeted her approval of a Post column on “Joe Biden, Hunter Biden and the politics of unconditional love… Understated and incisive.” That column, by the Post’s Monica Hesse, exonerated the presidential candidate for his son’s crimes and concluded that “Joe Biden might be the dad” that “America dreams of having.” During his decades in the Senate, Biden was renowned for championing punitive crime bills to impose his favorite cure: “Lock the S.O.B.s up!” (Sullivan will join Hunter Biden on the roster of guest speakers this Fall for a Tulane University course on “Media Polarization and Public Policy Impacts.”)

A better headline for Sullivan’s recent column would have been: “The Hunter Biden Laptop Recipe for Saving Democracy.” After revelations began pouring out last fall from the laptop that Hunter Biden left at a Delaware computer repair shop, Twitter and Facebook banned reposts of the New York Post exposes on the laptop’s contents. National Public Radio and many other outlets derided the laptop excerpts as a Russian disinformation campaign. The mainstream media succeeded in minimizing the story’s impact on the election, regardless of subsequent revelations confirming the laptop’s authenticity. Perhaps such selectivity helped inspire Sullivan’s triumphal column just after Biden’s victory on how the media “saved democracy.”

How can journalists tell “who is serving democracy?” Most Washington journalists reflexively presume that being pro-government is the same as being pro-democracy. The New York Times reporter covering the Justice Department, Katie Benner, evinced this mindset when she denounced Trump supporters as “enemies of the state” in a tweet this week. Benner believes journalists must take action “if a politician seems to threaten the state.” (Prior to joining the Times, Benner wrote for the Beijing Review, owned by the Chinese Communist Party.)

Sullivan never explains how Washington reporters became qualified to serve as Grand Inquisitors for Democracy, casting judgment on every politician and proposal. Most reporters have the same level of intellectual curiosity as the average lottery ticket buyer. Reporters react to the word “bipartisan” like cocaine addicts desperate for another political virtue signal.

Sullivan is seeking to inflame the zealotry of a group that is already fanatically in favor of authoritarian Covid policies. Vox senior correspondent Ian Millhiser yesterday [Thursday, 7/29] urged Congress to financially destroy anyone who does not get jabbed: “Congress should increase the income tax rate on taxpayers who are unvaccinated, and who have no legitimate religious or medical reason to be unvaccinated, to 99 percent.” Molly Jong-Fast, the editor-at-large for the Daily Beast, endlessly sneers at anyone who refuses to mask up, deriding Rep. Thomas Massie (R-KY) for refusing to wear a mask on the House floor for choosing “one of the stupidest hills to die on.” Massie had Covid and cites a bevy of scientific studies to show that he, like other Covid survivors, have natural immunity and do not need a vaccine. But much of the Washington press corps has zero tolerance for any argument for not forcing everyone to get vaxxed.

Instead of describing journalists who focus on facts as “political reporters,” Sullivan urges “calling them ‘government reporters.’” Actually, labeling most Washington reporters as “government lackeys” would be far more apt. It would be criminally naïve to expect such lackeys to cherish Americans’ rights and liberties more than their own paychecks and prestige.

This article, Will More Media Bias Save Democracy?, was originally published by the American Institute for Economic Research and appears here with permission. Please support their efforts.