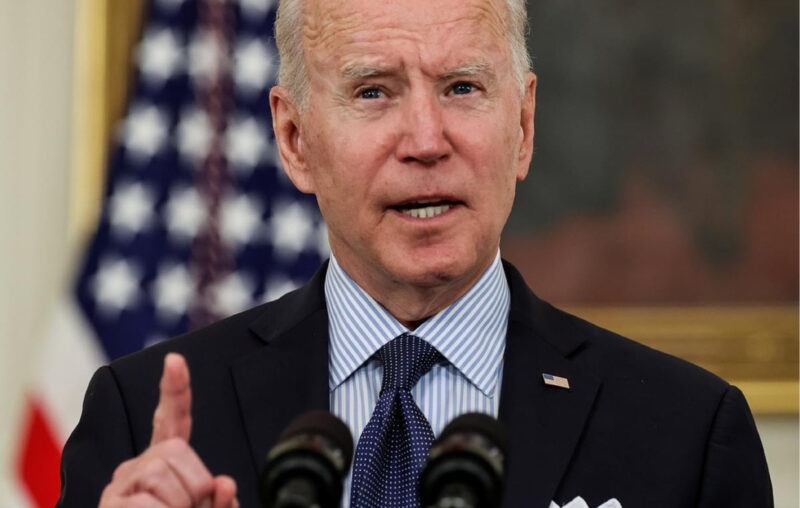 Denouncing corruption is the easiest way for rascally politicians to appear honest. Upholding a venerable Washington Kabuki tradition, President Joe Biden announced on Thursday that he was “issuing” a memo to “establish combatting corruption as a core U.S. national security interest.” But Biden’s crackdown is more likely to subvert financial freedom than to create a new era of trustworthy politicians.

Though Biden’s announcement evoked predictable praise from the media, the latest push for purity will likely include the same exemption used in federal anti-money laundering regulations. Federal agencies require banks to take far more precautions when handling financial transactions involving “politically exposed persons” – which includes almost all foreign politicians, their family members, friends, associates, and anyone else likely to take the money and run. But, as a 2020 federal regulatory notice declared, federal banking agencies “do not interpret the term ‘politically exposed persons’ to include U.S. public officials.” Biden and his appointees are castigating foreign corruption but his crackdown will likely exclude corruption by the U.S. government and American politicians.

The administration issued a background statement last Thursday declaring, “We will crack down on tax havens and illicit financing that contribute to income inequality, fund terrorism, and generate pernicious foreign influence.” What is “pernicious foreign influence?” The term is not defined: will it include any foreign criticism of Biden or his initiatives? “Illicit financing” is another vague term that could produce plenty of both mischief and government revenue.

The Biden administration is trumpeting the Justice Department’s Kleptocracy Asset Recovery Initiative, designed to snare money stolen by thieving governments. Unluckily for American citizens, this is another virtue-signaling campaign which exempts federal, state, and local governments. As a powerful senator in the 1980s and 1990s, Joe Biden was the architect of asset forfeiture programs that unleashed official looting across the United States. Biden championed laws that enabled government agencies to confiscate the property of hapless citizens who have been convicted of no crime, often based solely on unsubstantiated accusations by government agents. Federal law enforcement agencies used asset forfeiture programs in 2014 to seize more property from Americans than all the burglars stole nationwide. Government agencies routinely keep most of the money they confiscate, sometimes using it to pay bonuses to the lawmen who plundered private citizens.

Biden’s corruption crackdown could pose even more perils to Bitcoin than Elon Musk’s tweets. The Treasury Department is seeking to make sure that “law enforcement is able to view the proceeds of corruption such that illicit actors can’t hide behind anonymity,” declared an anonymous “senior administration official” in a briefing last week. Biden’s enforcers will examine the “impact of cryptocurrency as a means of illicit finance” and will look for ideas on how “to modernize [the Bank Secrecy Act] to deal with issues like crypto.” This could be especially troublesome considering a proposal by the Treasury Department’s Financial Crimes Enforcement Network (FinCEN) that could compel reporting to the feds the identity of anyone who purchased a single bitcoin. The Electronic Frontier Foundation warns that the proposed regulations “would undermine the civil liberties of cryptocurrency users, give the government access to troves of sensitive financial data beyond what is contemplated by the regulation, and… could chill innovation” in blockchain technology. Government tax collectors have always lusted to treat financial anonymity as a “pre-crime.”

In a background briefing on the morning of Biden’s announcement, a “senior administration official” declared that “the way that corruption is exposed is through the work of investigative journalists and investigative NGOs.” The spiel omitted a hat tip to Jeremy Scahill, an American journalist who revealed how the Obama administration’s drone assassination program became an automatic killing machine that fraudulently denied slaughtering many innocent civilians. Biden’s Justice Department recently browbeat former intelligence analyst Daniel Hale into pleading guilty to “retention and transmission of national security information” for leaking documents to Scahill. Hale continues to face charges of Espionage Act violations. This was the favorite censorship tool of the Obama administration, which prosecuted twice as many Americans for Espionage Act violations than all the presidents combined since Woodrow Wilson.

At least Biden has gold-plated precedents for his latest crusade. A dozen years ago, President Barack Obama proclaimed at the United Nations that the U.S. government is “leading a global effort to combat corruption.” Five years ago, speaking at an Anti-Corruption Summit in London, Secretary of State John Kerry lamented, “I’ve been shocked by the degree to which I find corruption pandemic in the world today.” Kerry sounded like the French detective in Casablanca who was “shocked” to discover gambling. Kerry vowed: “We have to get the global community to come together and have no impunity [sic] to corruption.” The London conference produced one day’s worth of positive headlines for Kerry and the Obama administration.

The Biden administration is calling for the adoption of “anti-corruption best practices” for foreign assistance programs. President George W. Bush made the same pledge to reform foreign aid 19 years ago: “We won’t be putting money into a society which is not transparent and corrupt.” (He probably meant “corruption-free.”) But U.S. aid programs — which cost taxpayers more than $40 billion a year — continued to bankroll many of the world’s most crooked regimes. Secretary of State Hillary Clinton went to the barricades on this issue in 2011, except on the wrong side. When a congressional committee sought to stop payouts to political bandits abroad, Clinton warned that restricting handouts to nations that fail anti-corruption tests “has the potential to affect a staggering number of needy aid recipients.”

Biden has first-hand experience on foreign aid corruption. In early 2009, when he was Vice President-elect, Biden visited Afghanistan to admonish President Hamid Karzai to stop the corruption that was destabilizing that nation. But the Obama administration continued deluging Afghanistan with cash regardless of the government’s depravity. Corruption became so bad that at Afghanistan’s premier military hospital, some wounded Afghan soldiers starved to death because they could not afford to bribe the hospital staff for food. Obama’s ambassador to Afghanistan, Ryan Crocker, later admitted:“Our biggest single project, sadly and inadvertently, of course, may have been the development of mass corruption.”

Prior to last week’s announcement, Biden’s most visible assault on corruption occurred in the Ukraine. In a 2015 speech to the Ukrainian parliament, Biden denounced the “cancer of corruption” and admonished that “a lot of hard work remains including reform of Ukraine’s law and justice sectors.” After the Obama administration promised massive aid to Ukraine in 2014, Biden’s son Hunter jumped on the gravy train, collecting $83,000 a month for a “ceremonial position” as a board member with Burisma, a natural gas company. The absurdity of Biden visiting Ukraine to denounce corruption while his son was dough-raking was widely recognized in Ukraine at the time as well as the Wall Street Journal and New York Times.

When he was challenged on this issue in a 2019 Democratic presidential candidates debate, Biden declared, “I did nothing wrong. I carried out the policy of the U.S. government in rooting out corruption in Ukraine.” Biden also dismally failed on that score. The Wall Street Journal reported in 2019 that the International Monetary Fund, which has provided more than $20 billion in loans to Ukraine, “remains skeptical after a history of broken promises [from the Ukraine govt]. Kiev hasn’t successfully completed any of a series of IMF bailout packages over the past two decades, with systemic corruption at the heart of much of that failure.” Voters only recently learned that Biden, while he was Vice President, attended a private Washington dinner with a Burisma official arranged by Hunter in April 2015.

Biden proclaimed on Thursday that “the United States will lead by example and… stand in support of courageous citizens around the globe who are demanding honest, transparent governance.” But it is unlikely that Biden’s “leadership by example” will extend beyond yapping about secretive foreign regimes. What are the chances that Americans will learn the full reasons why the Biden administration shut down a State Department task force probing whether Covid-19 leaked out of a Wuhan laboratory? Will the Biden administration come clean on the rigged investigation of Covid-19 origins exposed last week by Vanity Fair? After Biden fueled fears of Covid-19 to capture the White House (exaggerating the death toll by a hundredfold), his credibility might be fatally damaged by a full exposure of all the machinations and cover-ups inside the federal government and beyond.

Biden has never provided any evidence that he is more trustworthy on corruption than any other career Washington politician. If Biden’s anti-corruption crackdown goes awry, will the media cover it up the same way that they made Hunter Biden’s laptop vanish before the election? Regardless of the plaudits that Joe Biden receives, new federal crackdowns on cryptocurrency and “pernicious foreign influence” could roil financial markets and undercut freedom of the press.

This article, Will Biden’s Sham Corruption Crackdown Endanger Freedom?, was originally published by the American Institute for Economic Research and appears here with permission. Please support their efforts.