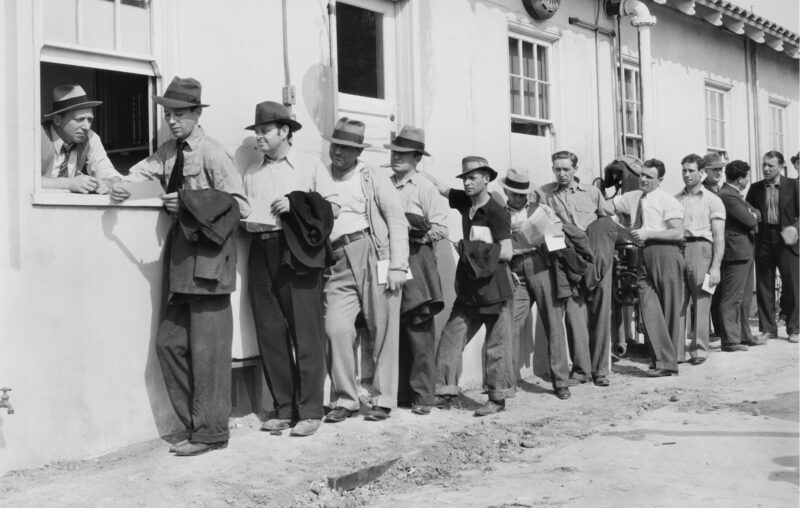 After the Nobel Prize in Economics was announced this year, many, among them Paul Krugman, argued that this year’s Prize was a vindication of their arguments in favor of a higher minimum wage.

All this excitement came because one of the winners of this year’s Prize is David Card, who is known for his work with Alan Krueger on the minimum wage. In a study published in 1994, Card and Krueger argue that increasing the minimum wage in New Jersey led to lower, not higher unemployment. However, this study has major flaws, which make it a very weak basis to use in favor of a minimum wage.

Before we continue, it is worth mentioning that David Card did not receive his Nobel Prize in Economics for his work on the minimum wage, but rather for his “empirical contributions to labor economics.” David Card and Alan Krueger are the pioneers of what is now known as the “credibility revolution,” which refers to the application of statistical techniques that help researchers establish cause and effect links using empirical data.

Now, let us turn to the criticisms that Card’s work on the minimum wage has faced. In 2000, David Neumark and William Wascher found major problems with the data used in the 1994 Card and Krueger study. Using new data, Neumark and Wascher showed that the increase in the minimum wage led to an increase in unemployment, which is the standard result in a supply and demand model. After this study was published, Card and Krueger repeated their original study with better data in 2000 (link here) and found no effect on unemployment (neither an increase nor a decrease in unemployment). However, as we will see below, both of these studies (Card and Krueger, 1994 and 2000) have major issues and provide very weak evidence, if any at all, in favor of increasing the minimum wage.

The first problem with Card and Krueger’s studies is that they measure employment as the number of workers and not hours worked. This matters because restaurants may have responded by cutting hours instead of workers when the minimum wage increased in New Jersey. This means that the results may change if instead of the number of workers, they used data on hours worked. In fact, we have evidence of businesses cutting work hours when the minimum wage increases.

The next problem with Card and Krueger’s work published in 2000 (and what was first published in 1994) is that it does not take into consideration that the minimum wage increase was announced two years before it went into effect. This is important, since it is possible that restaurants started making changes before the minimum wage went into effect. In fact, we have evidence of such behavior from a similar price control situation in Ontario, Canada. In the early 1970s, the government of Ontario started debating rent control (a maximum rent allowed by law). Immediately after this, as can be seen in the graph below (the blue line), the number of new apartments that were going to be affected started decreasing. By the time the law was put in place in 1975, the decline had already occurred, and we can see that after 1975 there was a slight increase. Hence, if we look at the data only after 1975, in this case, it will appear as if rent control led to an increase in the number of apartments built, which clearly is not true. Similarly, it is plausible that employers in New Jersey made the changes during the two years leading to the minimum wage increase, and once the minimum wage increased there was no need for further adjustment.

In a 2021 study published in the Journal of Economic Perspectives, Jeffery Clemens argues that increasing the minimum wage may affect other forms of compensation that workers receive, such as bonuses or other benefits. Since Card and Krueger only have data on wages, it is possible they may have missed the effect the higher minimum wage had on other forms of compensation. While Clemens’ paper is theoretical, there is also empirical research that finds increasing the minimum wage leads to a “combination of reduced hours, lower eligibility for benefits, and less consistent schedules.” Hence, the type of data used in the original (1994) and the later (2000) Card and Krueger studies may be the reason for their results.

Card and Krueger’s original 1994 work, and the 2000 study, compare the unemployment data for New Jersey with those of Pennsylvania in order to capture any differences that may occur because of the increase in the minimum wage in New Jersey but not in Pennsylvania. However, Joshua Angrist, one of the other two economists who received the Nobel Prize in Economics this year with David Card, argues that comparing employment data for New Jersey and Pennsylvania may not be appropriate. This shines a critical light upon the original Card and Krueger paper (and the later study published in 2000) because the authors need this comparison to be able to establish a causal effect between increases in minimum wage and unemployment. If this comparison is not appropriate, as Angrist argues, then the results in the paper no longer hold.

Finally, it is worth mentioning that the original Card and Krueger paper is not an argument in favor of monopsony (a market with one buyer). The argument is that in the labor market the buyers (employers) have more bargaining power since employees have few firms (the extreme is only one firm) where to work. However, Card and Krueger themselves write that “Taken as a whole, these findings are difficult to explain with the standard competitive model or with models in which employers face supply constraints (e.g., monopsony or equilibrium search models).”

The evidence presented here shows that the two Card and Krueger studies have major issues, and as such, they simply do not support the narrative in favor of minimum wage laws. Yet, as one might expect, this has not stopped many from using this paper in the classroom as the baseline for teaching the effects of minimum wage on unemployment. This continues despite most studies over the past thirty years finding that minimum wage laws inevitably lead to higher unemployment.

This article, Why This Year’s Nobel Prize in Economics Changes Nothing on the Minimum Wage Debate, was originally published by the American Institute for Economic Research and appears here with permission. Please support their efforts.