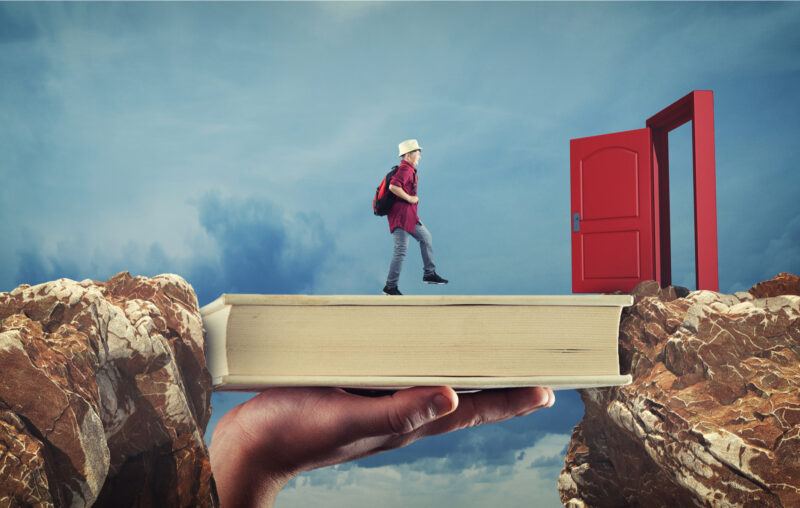 With the pandemic-associated school closures in America, the level of parental discontent towards public schools has been growing. The response of teachers’ unions was particularly irksome to parents who turned in greater numbers to homeschooling and other educational arrangements. This has been accompanied by rising levels of support for school choice as witnessed by the new frequently shared bullet point of “funding students, not systems.” In some states, such as West Virginia, the discontent has allowed a bevy of legislation curtailing the powers of the teachers’ unions.

The discontent has caused unions to push back to calm down criticisms. In addition to getting heavily involved in electoral politics (even at the city level) to promote union-friendly candidates, they have produced important talking points regarding the efficacy of school choice on securing better outcomes for children. More often than not, the rebuttal speaks to issues of cognitive development and schooling outcomes. Proponents of school choice have only been too happy to accept a debate on these narrow grounds.

To be sure, there is now a wide body of empirical evidence on the effects of granting parents more choices in choosing the schools of their children. Many of these studies use top-of-the-line research methods to determine causality in their findings. The vast majority of the evidence suggests that there are important gains with regards to academic performance. There are some discordant notes. Some research papers contest the presence of performance gains for children. However, this minority part of the literature does not argue that school choice made outcomes worse. It tends to find near-zero effects on outcomes. Thus, the worst-case scenario is “no effect,” which is still a strong case for school choice as such programs appear to reduce total expenditures. On net, this worst-case scenario implies that the same outcomes can be secured at lowest costs.

However, all of this constitutes an understatement of the benefits of allowing parents to choose schools for their children. Proponents of school choice have unwittingly selected to hinder the strength of their arguments!

As a result, allowing families to choose may allow parents to pick the mix of school features most suited for their children accordingly. Among the factors that parents will weigh are those that speak to the overall health and safety of their children, which are related to socialization and the development of emotional control. In turn, this would impact the later-life well-being in children. Most notably, as is argued in a recent article in School Effectiveness and School Improvement by Angela Dills and Corey DeAngelis, it could allow improvements in the “mental health” outcomes of children.

The better matching of children to their schools may allow them to feel more at ease in their immediate environment. This would reduce distress and improve mental health. Second, school choice creates competitive pressures to entice families to enroll. As such, schools would attempt to compete with each other not only on academic outcomes but also on non-academic factors such as the policing of bullies or the psychological support offered to children. This would also improve mental health outcomes. Thus, mental health outcomes should improve in states that adopt school choice relative to states that do not.

How to measure these improvements? In their article, Dills and DeAngelis propose that suicide rates by adolescents constitute a viable measure of the mental well-being of pupils. If school choice programs improve mental well-being, they hypothesize that suicide rates ought to fall (all else being equal). Concentrating on the United States, they find that states that adopted broad-based voucher programs (which are designed to give parents more choices) experienced declines in suicide rates. The effect they find represents a reduction of 10 percent in suicides among 15 to 19 years old.

Unsatisfied by these results, Dills and DeAngelis also attempted to complement their results by using surveys of self-reported mental health outcomes. For example, these surveys asked respondents how many times, during the past twelve months, they were treated by mental health professionals. They also asked questions regarding eating disorders (e.g. anorexia, bulimia) or other emotional problems that affected school attendance. The answers to these questions can be taken as complementary to the issue of adolescent suicides.

However, their survey data is a bit different than their suicide rates data: they only have cross-sections for a few given years and their variable of interest is whether a child was in a private school. This poses a problem of interpretation for any results as kids who go to private school could be going because they are more/less fragile to start with. To address this problem, Dills and DeAngelis control for the initial level of a child’s mental health at the time of enrollment.

This method yields similar results as those for suicide rates: they find better mental outcomes where school choice exists. The likelihood of suffering from emotional problems is reduced by between 1.9 and 2.9 percentage points. Those numbers are not trivial, as the mean rate of mental disorder in their sample is 3% of the population. While these may appear small, these effects complement those Dills and DeAngelis found with regards to adolescent suicides.

These are important findings. In discussions of school choice, the focus is predominantly on academic achievements. As a result, the conversation is centered on whether or not test scores improve. However, it is always worthwhile to take account of the bigger picture. Schooling is not only about what government departments can easily measure; it is also about these harder to measure aspects of a child’s well-being which parents are often best incentivized to understand and identify. Bearing that in mind only strengthens the case for allowing more room for school choice. As the pandemic crisis unwinds, lessons about how to best proceed in the future should include this finding of Dills and DeAngelis.

This article, Why School Choice Matters Beyond Academic Achievement!, was originally published by the American Institute for Economic Research and appears here with permission. Please support their efforts.