Why Is Government Abusing the Children? 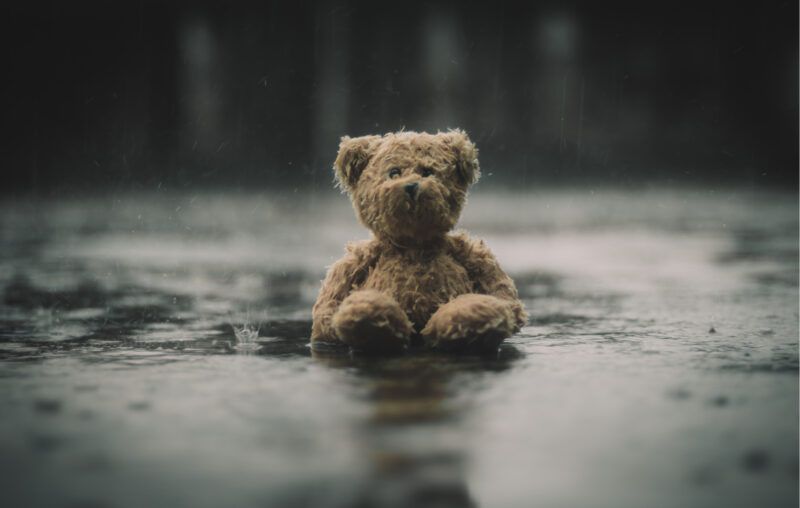 Tucker Carlson said out loud (on his TV show on 26 April) what tens if not hundreds of millions of Americans have been thinking and what AIER has been saying for months: mandating masks on young children, as Michigan is now doing, is child abuse.

Unfortunately, masking children so that the adults around them (wrongly) feel safer is just one of many government policies that hurt kids while augmenting state power. Such policies are reprehensible but many people fall for them because policymakers and pundits attribute good things to their policies when in fact the policies are just as ineffective and harmful as masking wee ones.

Public education is an obvious example, one that many others have examined over the decades. It exposes a repeating pattern of a private system being accused of insufficiently serving the poor and the state and then slowly being supplanted by a public system that creates problems that dwarf those of the private system. Although superior private systems exist and have proven that they can produce smarter students at lower cost, governments in many parts of the country greedily protect their market share and increase taxes instead of educational efficiency. For all the deets, read Thomas Sowell’s latest book, Charter Schools and Their Enemies.

The pandemic revealed, if nothing else, the mighty political power of teachers’ unions able to leverage zero data to justify keeping their schools virtual, which means virtually closed. A snow or hurricane day here and there provides students with a treat, but a Covid-Zoom year is just plain child abuse (and taxpayer abuse).

Even before America’s children reach the formal K-12 educational system, the state has already negatively influenced most of their lives by artificially inflating the cost of their care. The once venerable New York Times recently claimed (4/27) that childcare costs are too high for low income workers to afford, suggesting that government, which is to say taxpayers, should provide aid in the form of “free” universal pre-K starting at age three. Apparently, even the world’s best nappers need to be woke!

A major impediment to President Biden’s vision, though, is that unlike K-12 education, which switched from mostly private to mostly public in the nineteenth century, many Americans alive today still remember the good old days of childcare. That was when a grandma, an aunt or older sibling, or a neighborhood mom (or occasionally a dad) watched other people’s kids, sometimes for free (as my Pa did), sometimes on a rotating mutual basis (e.g., you watch my kid on M, W, F and I will watch yours T, Th, and Sat.), and sometimes for a modest cash payment “under the table” (outside of the tax system).

The older the children, the more time they were left to fend for themselves, negating the need for any childcare at all by the time they reached the primary grades. When I was in the first grade in the mid-1970s, for example, I was already a “latchkey kid” who let myself into the house after school and did chores until Ma or Pa arrived home and cooked dinner in those pre-microwave days (at least for us). We lived rural but we had a landline and a gun and neighbors who could have heard three shots and who would have responded if they had. Many of my friends lived in town, where members of the community kept eyes on neighborhood kids as they played. “The street” watched urban latchkey kids too, except in crime-ridden areas where parents advised that they “shelter-in-place.” But even there, kids from the same building would gather in the apartment with the most snacks or best television reception and hang out until adults got home from work.

That was spontaneous order in all its glory, imperfect but the best achievable because everyone was free to discover the options that worked best for them at any given time or place. After the family farm went bust we moved into a (largely segregated I now realize) public housing project where the latchkey kids were so numerous that people feared us, rather than vice versa, like ten 10-year-olds on rusty bikes could be anything more than a noisy nuisance. Similarly, if a grandma passed or the regular babysitter rejoined the formal workforce maybe another mom or a disabled dad took her place, no government bureaucrat required.

Over the years, though, bureaucrats decided that they could do better than the private system. Occasionally, a caregiver abused or neglected a child and it made the news and politicians promised they would put an end to that! Kindergarten teachers complained that incoming students were insufficiently prepared for the rigors of classroom discipline but that too could be solved by regulation, or so it was claimed. And all policymakers salivated at the thought of the tax dollars to be collected if only childcare could be formalized.

Add in pressure from daycare companies (at least one of which is publicly traded) and the next thing you know one needs an occupational license to watch other people’s kids, latchkeying shifts from being a way to teach children to be independent to being (allegedly) a form of child abuse, and parents begin to helicopter not just over infants and toddlers but through K-12 and six years in college!

Formalization of daycare brought with it taxation and regulation, which drove up costs substantially while arguably lowering the quality of service. Occasional bad actors still abuse or neglect the children in their care, the average child to caregiver ratio has increased markedly to take advantage of scale economies, kids still wiggle and squirm in their kindergarten seats, and poor people have been deprived not only of inexpensive child care but of the opportunity to provide childcare as a way of supplementing family income while caring for their own youngins.

As I showed in Fubarnomics, every time some bureaucrat or politician says “This is a problem, we need more government” they are ignoring, or have forgotten, that government intrusions caused, or at least exacerbated, the problem in the first place. We do need a Great Reset, away from paternalistic government programs and toward local, polycentric systems like the spontaneous childcare networks we once enjoyed. What works in one time and place may not in another and bureaucrats are too weakly incentivized to know what is best for anyone, much less everyone. By the time they figure it out and actually do something, the situation has already changed.

So push back on government-owned education and government-regulated childcare, if not for yourselves then for the children, the poor, defenseless, masked, emotionally and physically damaged future leaders of our country.

This article, Why Is Government Abusing the Children?, was originally published by the American Institute for Economic Research and appears here with permission. Please support their efforts.