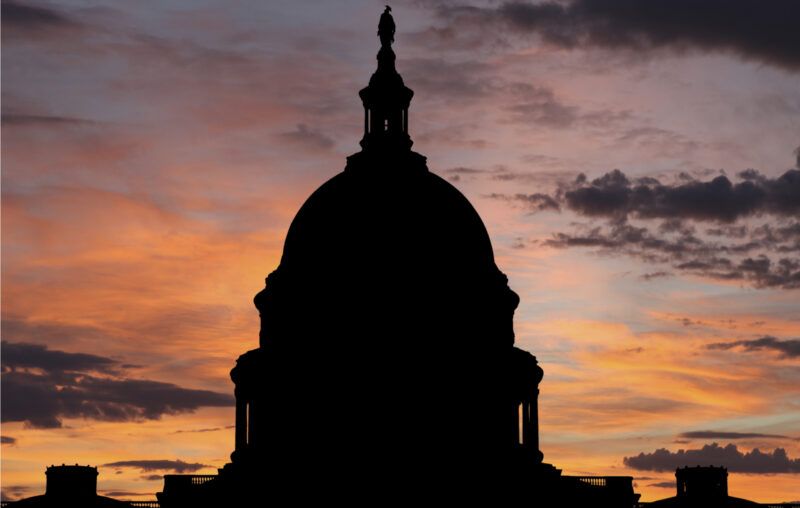 “It’s not necessary to censor the news, it’s sufficient to delay the news until it no longer matters,” Napoleon Bonaparte reportedly said. The same standard helps explain why Washington politicians and federal agencies usually get away with covering up their lies and abuses.

Many people assume that unless the government actively censors, people will learn what the government has done. But most government cover-ups succeed. Daniel Ellsberg, who risked life in prison to leak the Pentagon Papers, related in his 2002 memoirs: “It is a commonplace that ‘you can’t keep secrets in Washington’ or ‘in a democracy’…. These truisms are flatly false. They are in fact cover stories, ways of flattering and misleading journalists and their readers, part of the process of keeping secrets well. The fact is that the overwhelming majority of secrets do not leak to the American public.”

Cover-ups succeed because people defer to promises by government officials to investigate themselves. This was how the Nixon-era Pentagon buried scores of Vietnam atrocities even after confirming the carnage. After the My Lai controversy exploded, many U.S. soldiers reported other atrocities to the Pentagon. Nine thousand pages of documents were compiled confirming more than 300 war crimes, including seven other massacres of civilians by U.S. troops. David Hackworth, a retired colonel and the most decorated officer in the Army, later commented, ‘’Vietnam was an atrocity from the get-go…. There were hundreds of My Lais. You got your card punched by the numbers of bodies you counted.’’ American soldiers faced more legal perils for reporting than for committing atrocities.

Nixon a mastermind of cover-ups

Nixon gave the order: “Get the Army off the front page.” Col. Jared Schopper, in charge of the war crimes files at the Pentagon in the early 1970s, later explained: “The only way to get them [articles on atrocities] off the front page is to say they are founded and appropriate action was taken, or that they are unfounded and propaganda tools.” But the “appropriate action” usually meant simply burying the case regardless of how much evidence existed of war crimes. As long as the government claimed to be investigating an alleged atrocity, the media downplayed the story.

While the media deferred, the Nixon administration aggressively slandered critics. In early 1971, former Navy officer John Kerry electrified the media with testimony that American soldiers in Vietnam had committed a wide array of grisly atrocities. Even though the Pentagon quickly provided confidential information to the White House confirming Kerry’s charges, “the Nixon administration went ahead with an aggressive backroom campaign to discredit as fabricators and traitors Kerry and other veterans who spoke out about war crimes,” as Deborah Nelson, the author of The War Behind Me, noted in 2008.

The Nixon cover-up of Vietnam atrocities played a role in the 2004 presidential election. After the Democrats nominated Sen. Kerry, a group known as “Swift Boat Veterans for Truth” sprang up to, in its own words, “counter the false ‘war crimes’ charges John Kerry repeatedly made against Vietnam veterans.” The group savagely attacked Kerry in a series of ads. Kerry suffered far more political damage than he would have if the Pentagon had not succeeded in burying the evidence of the vast majority of Vietnam war crimes.

The George W. Bush administration used similar charades to stifle the scandal over its worldwide torture regime. The only thing necessary for a successful cover-up was for the president first to continually proclaim that everything will be investigated, and then, months later, to proclaim that everything has already been investigated. A year after the first photos from Abu Ghraib leaked out, Bush declared: “There have been over, I think, nine investigations, eight or nine investigations by independent investigators that have made the reports very public.”

George Orwell made the official fabrication and rewriting of history the occupation of the main character in Nineteen Eighty-Four. But nowadays, there is no need for a bureaucracy to rewrite history. Newspaper stories are “the first draft of history,” and the U.S. government routinely dictates the copy. If worse comes to worse, the military can simply delete photographs revealing too many victims.

The media as handmaiden to the state

The media elite happily plays lap dogs to the war machine. CNN chief Walter Isaacson explained: “Especially right after 9/11…. There was a real sense that you don’t get that critical of a government that’s leading us in war time.” Elisabeth Bumiller, the New York Times correspondent for the White House, explained why reporters did not ask tough questions at a Bush press conference just before he attacked Iraq: “It’s frightening to stand up there. Nobody wanted to get into an argument with the president at this very serious time.” The Washington Post blocked or buried pre-war articles exposing the holes in the Bush team’s assertions on Iraq. Post Pentagon correspondent Thomas Ricks explained: “There was an attitude among editors: ‘Look, we’re going to war, why do we even worry about all this contrary stuff?’” Jim Lehrer, the host of government-subsidized PBS’s Newshour, explained his timidity in 2004: “It would have been difficult to have had debates [about invading Iraq] … you’d have had to have gone against the grain.” The illusion that the media is independent makes its groveling more subversive to citizens’ understanding.

After he launched an invasion of Iraq in 2003, Bush perennially proclaimed that the United States had given freedom to 25 million Iraqis. Thus, any Iraqi civilians killed by U.S. forces were both statistically and morally inconsequential. And the vast majority of the news coverage left out the asterisks.

A 2005 American University survey of hundreds of journalists who covered Iraq concluded: “Many media outlets have self-censored their reporting on the conflict in Iraq because of concern about public reaction to graphic images and details about the war.” Individual journalists commented:

A 2008 New York Times article noted that “After five years and more than 4,000 U.S. combat deaths, searches and interviews turned up fewer than a half-dozen graphic photographs of dead U.S. soldiers.” Veteran photographers who posted shots of wounded or dead U.S. soldiers were quickly booted out of Iraq. The Times noted that Iraqi “detainees were widely photographed in the early years of the war, but the U.S. Defense Department, citing prisoners’ rights, has recently stopped that practice as well.” Privacy was the only “right” the Pentagon pretended to respect — since the vast majority of detainees received little or no due process.

Cover-ups succeed because it is easier to recite official denials than to unearth official crimes. The Washington media takes its reality from the government. The Washington media’s idea of “factual reporting” is telling people what the government told them. Quoting a government official carries its own absolution. For the media, the official exonerates the falsehood almost every time. Controversial news that lacks a government seal of approval is often treated as scurrilous — or at least unfit for family newspapers. Pulitzer Prize–winning Associated Press correspondent Charles Hanley wrote about the U.S. use of torture in Iraq six months before the Abu Ghraib story broke. Hanley later explained why his expose was almost completely ignored: “It was not an officially sanctioned story that begins with a handout from an official source.”

How craven was the media during the Iraq war? In 2008, the New York Times revealed how the Pentagon created a cadre of 75 retired officers who, in return for confidential briefings and flattery from top officials, would appear on TV and repeat Pentagon talking points — without admitting the source. The result was “a symbiotic relationship where the usual dividing lines between government and journalism have been obliterated.” Former Green Beret officer Robert Bevelacqua described the process: “It was [the Bush administration] saying, ‘We need to stick our hands up your back and move your mouth for you.”’ Another retired officer described the whole process as “psy-ops on steroids.”

The Times noted: “Most of the analysts have ties to military contractors vested in the very war policies they are asked to assess on air.” Some of the commentators received lavish government contracts after gushing praise over the Pentagon’s policies. Even though the networks made no effort to screen their “experts” for brazen conflicts of interest, they denied they had done anything wrong.

Truth awards no licenses or regulatory exemptions. As former CBS news anchor Dan Rather explained in 2007: “Fear is in every newsroom in the country … fear … if you don’t go along to get along, you’re going to get the reputation of being a troublemaker. There’s also the fear that, particularly in [television] networks, they’ve become huge, international conglomerates. They have big needs, legislative needs, repertory needs in Washington. Nobody has to send you a memo to tell you that’s the case.” The networks became wealthy because of government preferences — they received scores of billions of dollars’ worth of scarce broadcast spectrum gratis. The fact that the airwaves were a gift leaves the recipient dependent on government. Rather’s CBS colleague Eric Sevareid made the same point years earlier: “The bigger the information media, the less courage and information they allow. Bigness means weakness.”

A government cover-up succeeds if it dissipates the outrage. Politicians routinely use controlled leaks of damaging information to blunt the impact of a government abuse or debacle. They choose a friendly media source who will frame the issue to their liking. A few embarrassing details leaking out is no substitute for the smoking gun. Cover-ups often aim to focus wrath on specific tidbits or people — and avoid or stifle fundamental questions about government powers. After the Hurricane Katrina debacle, the firing of the head of FEMA chief Michael Brown (“Brownie, you’re doing a heckuva job!” President George W. Bush publicly declared) ensured that the heat would be greatly decreased on FEMA itself.

As long as the media uses a government-provided template, politicians have little to fear from the press. Information on government abuses is not self-propelled. If it were, political history would be radically different. The same people who wield power usually also determine what information is released. Politicians and pundits talk as if there is some divine law of democracy assuring that “truth will out.” In reality, the issue of whether truth will out is no different than any other political conflict.

Government lying is not simply a result of character defects in politicians, political appointees, and bureaucrats. Instead, it is often the result of a systemic bias against admitting systemic failures. The larger government becomes, the more the deck is stacked against honesty in public affairs. People in government and in power have far more tools and stronger incentives to deceive than the average citizen’s incentive and ability to discover the truth. This is not a problem that can be solved by finger-wagging or moralistic lectures calling for politicians to repent. As philosopher Hannah Arendt noted, “The lie did not creep into politics by some accident of human sinfulness; moral outrage, for this reason alone, is not likely to make it disappear.”

But things will be different now that Joe Biden is president, right? Unfortunately, the media continues celebrating his election victory by ignoring almost all his falsehoods and failures. The mere fact that Biden is not Donald Trump will likely continue to give him a free pass from the media for at least another six months. Or maybe cold, hard reality will never catch up with the most media-beloved president since Barack Obama.

This article, Why Government Cover-Ups Succeed, was originally published by the American Institute for Economic Research and appears here with permission. Please support their efforts.