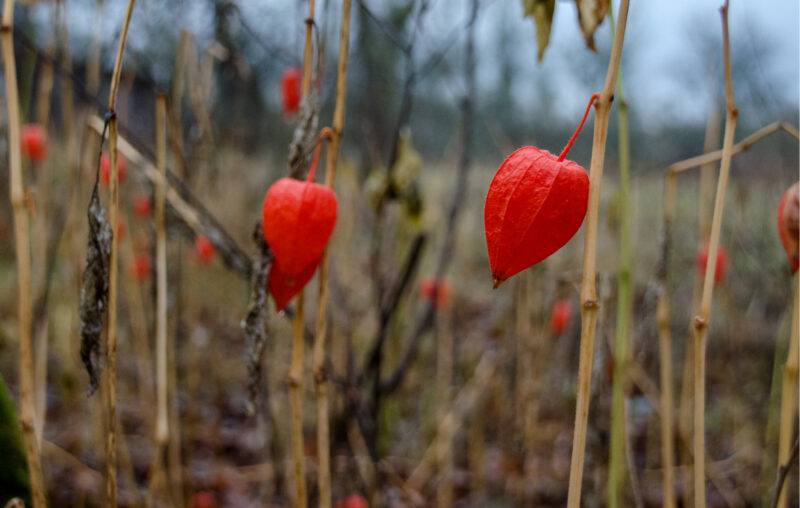 In the searing Soviet-era novel Life and Fate, Vasily Grossman reveals the mindset that supports totalitarianism, sparing neither fascism nor communism.

As a journalist, Grossman was there in the aftermath of the genocide of Jews in Ukraine by Nazis and their civilian collaborators. Grossman describes how the Nazis (abetted by the crimes of Stalin) had first to stir feelings of hatred towards Jews before citizens would follow orders.

Grossman sets the stage with a matter-of-fact description of how infected cattle are disposed of:

“Before slaughtering infected cattle, various preparatory measures have to be carried out: pits and trenches must be dug; the cattle must be transported to where they are to be slaughtered; instructions must be issued to qualified workers.

If the local population helps the authorities to convey the infected cattle to the slaughtering points and to catch beasts that have run away, they do this not out of hatred of cows and calves, but out of an instinct for self-preservation.”

Anti-Semitics are not necessarily bloodthirsty, so to gain compliance, special campaigns shaped the mindset of the general population:

“Similarly, when people are to be slaughtered en masse, the local population is not immediately gripped by a bloodthirsty hatred of the old men, women and children who are to be destroyed. It is necessary to prepare the population by means of a special campaign. And in this case it is not enough to rely merely on the instinct for self-preservation; it is necessary to stir up feelings of real hatred and revulsion.”

Grossman explains how Stalin’s previous use of hatred assisted Germans: “At an earlier date, in the same regions, Stalin himself had mobilized the fury of the masses, whipping it up to the point of frenzy during the campaigns to liquidate the kulaks as a class and during the extermination of Trotskyist–Bukharinite degenerates and saboteurs.”

The result of such campaigns is that “the majority of the population obey every order of the authorities as though hypnotized.” Yet, more is needed. In such a totalitarian atmosphere, Grossman writes, “There is a particular minority which actively helps to create the atmosphere of these campaigns: ideological fanatics; people who take a bloodthirsty delight in the misfortunes of others; and people who want to settle personal scores, to steal a man’s belongings or take over his flat or job.”

“Most people, however, are horrified at mass murder,” yet Grossman observes, “One of the most astonishing human traits that came to light at this time was obedience.”

A mindset of obedience was fostered, trumping other human virtues. Grossman asks us to learn from this history lesson. He ponders, did “a new trait…suddenly appear in human nature?” Grossman answers his question, “No, this obedience bears witness to a new force acting on human beings. The extreme violence of totalitarian social systems proved able to paralyse the human spirit throughout whole continents.”

Grossman explains how dividing people into the “worthy” and “unworthy” was justified by the trick of redefining humanitarianism:

“A man who has placed his soul in the service of Fascism declares an evil and dangerous slavery to be the only true good. Rather than overtly renouncing human feelings, he declares the crimes committed by Fascism to be the highest form of humanitarianism; he agrees to divide people up into the pure and worthy and the impure and unworthy.”

Grossman, whose novel was finally published in 1980 after a microfilmed copy was smuggled from the Soviet Union, rightly warns that the future of freedom depends on our individual choices:

Just a few years after Grossman observed the aftermath of the massacre at Babi Yar, another journalist/novelist/philosopher, Canadian-American Isabel Paterson, offered her observations on human nature and freedom in her book, The God of the Machine. Paterson wrote:

“Most of the harm in the world is done by good people, and not by accident, lapse, or omission. It is the result of their deliberate actions, long persevered in, which they hold to be motivated by high ideals toward virtuous ends.”

Paterson added, “The percentage of positively malignant, vicious, or depraved persons is necessarily small, for no species could survive if its members were habitually and consciously bent upon injuring one another.”

Like Grossman, Paterson too observed how “good people” acquiesced and even enabled the slaughtering of millions for a “worthy object:”

“Therefore it is obvious that in periods when millions are slaughtered, when torture is practiced, starvation enforced, oppression made a policy, as at present over a large part of the world, and as it has often been in the past, it must be at the behest of very many good people, and even by their direct action, for what they consider a worthy object.”

Paterson reminds us that the “good” enablers demand censorship so they can stay comfortable in their wrong mindedness: “When they are not the immediate executants, they are on record as giving approval, elaborating justifications, or else cloaking facts with silence, and discountenancing discussion.”

Then Paterson asks us to reflect on the “grave error” made by good people “who would not of their own conscious intent act to hurt their fellow men:”

“Then there must be a very grave error in the means by which they seek to attain their ends. There must even be an error in their primary axioms, to permit them to continue using such means. Something is terribly wrong in the procedure, somewhere. What is it?”

The grave error Paterson points to begins with the belief that an individual can have as their primary purpose “helping others” by commandeering the resources of others. Once that false belief is entrenched then the only means possible “is the power of the collective; and the premise is that ‘good’ is collective.”

Tyrants cannot come to power except, Paterson writes, “with the consent and assistance of good people:”

“The Communist regime in Russia gained control by promising the peasants land, in terms the promisers knew to be a lie as understood. Having gained power, the Communists took from the peasants the land they already owned; and exterminated those who resisted. This was done by plan and intention; and the lie was praised as “social engineering,” by socialist admirers in America.”

Of Stalin, Paterson writes, “We have the peculiar spectacle of the man who condemned millions of his own people to starvation, admired by philanthropists whose declared aim is to see to it that everyone in the world has a quart of milk.”

Grossman asks us to look at ends shaped by totalitarians to erode freedom and justify violence. He explained that both fascism and communism “call people to carry out any sacrifice, to accept any means, in order to achieve the highest of ends: the future greatness of the motherland, world progress, the future happiness of mankind, of a nation, of a class.”

The result, “The violence of a totalitarian State is so great as to be no longer a means to an end; it becomes an object of mystical worship and adoration.”

When a totalitarian State demands “worship,” we understand why totalitarians must control the narrative. We know the Covidocracy demands allegiance to their one best way, first lockdowns and now vaccines. Dissenters must be silenced. Government claims it must maintain lists of spreaders of “misinformation” and then partner with Facebook to ensure only correct “narratives” are available. Health ambassadors must be sent door-to-door to share the good word about vaccines.

Those who disagree must be demonized, the impure separated from society if they don’t accept a vaccine. Those who make different choices than we do, we mentally condemn and righteously proclaim they threaten others. Although lockdowns have ended, as Ethan Yang writes the intellectual war against them has not been won.

In 1944 in his book Omnipotent Government: The Rise of the Total State and Total War, Ludwig von Mises wrote, “It is in the nature of the men handling the apparatus of compulsion and coercion to overrate its power to work, and to strive at subduing all spheres of human life to its immediate influence. Controlling others through the power of the state “is the occupational disease of rulers, warriors, and civil servants.”

In other words, politicians, their corporate cronies, and the faceless administrative state will use their monopoly power of force for destructive purposes. If totalitarianism comes to America, it will have its own flavor, but as Grossman and Paterson warn, tyranny must have citizen enablers. During the pandemic, many good people have had difficulty interpreting events of this time in light of this basic history lesson.

If freedom is under siege in America, it would be wise to quicken our intellectual pace by attending to the emerging illiberal mindset shaping citizens to enable a totalitarian social system. Forces are acting to paralyze the human spirit. We should deceive ourselves no longer. Without the consent and assistance of good people, totalitarians have no power. Governments, Mises warned, “become liberal only when forced to by the citizens.”

This article, Why “Good” People Enable Totalitarians, was originally published by the American Institute for Economic Research and appears here with permission. Please support their efforts.