Why Do Cryptocurrencies Use So Much Energy? 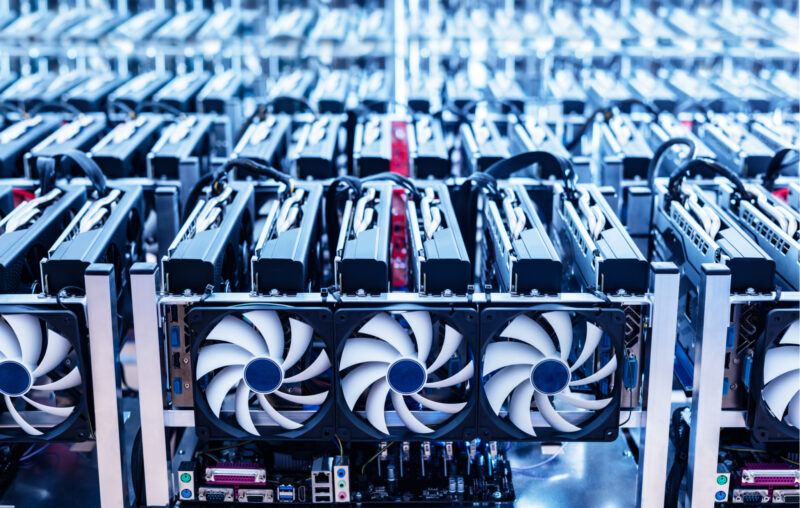 But an odd thing has happened. These expensive products have gone mainstream. Their energy footprint has reached epic proportions, attracting the anger of environmentalists.

Given that cryptocurrencies are so expensive, why have regular people adopted them? That responsibility lies with the opaque way that users pay for distributed ledgers. If the costs of consuming distributed ledger services were more transparent, mainstream users wouldn’t have shifted onto cryptocurrencies like bitcoin in the first place. With fewer users, their environmental impacts would be non-controversial.

A centralized ledger requires just one computer to store and update it.

Updating and securing a distributed ledger, however, requires the effort of thousands of competing computers, known as miners. I’m not going to give a detailed description of how this process works. (Try here). Suffice to say, the process of building a trustworthy ledger, one that is accurately stored across many computers rather than on a single one, requires a massive sacrifice of electricity by miners.

Because centralized ledgers don’t require thousands of CPUs to replicate each other’s effort, the costs of running them is many magnitudes cheaper than running a distributed ledger.

So what sorts of people want to buy costly spots on a distributed ledger?

One type of buyer is a new breed of anti-centralization connoisseur. These hobbyists want to oppose centralization and want to hold financial products like Dogecoin, Bitcoin, and Litecoin that are consistent with their view. They enjoy the lack of centralization and are willing to endure its much higher costs.

The choice over the degree of centralization is very much like a consumer’s decision between a Hummer or a Honda Accord. Most folks will take the Accord, but a few will want a Hummer. They feel that they need the extra services that a Hummer can provide, like climbing up a mountain. And they’re willing to foot the Hummer’s much higher gas bill.

But there aren’t many true anti-centralization connoisseurs. Only a handful of hobbyists truly care about the degree of centralization. It lies in the same category as audiophiles debating the merits of silver speaker cables versus copper cables. Most of us just roll our eyes.

Not only is the degree of centralization an obscure topic, but distributed ledgers are harder to use than centralized ledgers, requiring an entirely new skill set.

Given that cryptocurrencies are specialized, complicated, and costly, one would expect only a few nerdy connoisseurs to be buying in. But that’s not the case. Your daughter holds some Dogecoin. Your neighbour is speculating in Litecoins. William Shatner likes Bitcoin.

I’d argue that a big driver of mainstream adoption has been the opaque way that distributed ledgers get paid for.

But the costs of maintaining distributed ledgers aren’t paid directly out of one’s personal holdings of Dogecoin or Bitcoin. They are (mostly) funded by the issuance of new coins. In Dogecoin’s case, 10,000 new Dogecoins are created every minute as compensation for miners. With Litecoin, 12.5 new Litecoins are paid every 2.5 minutes, and with Bitcoin 6.25 new bitcoins are rewarded to miners each 10 minutes.

Relying on new coins to pay miners dissociates users of cryptocurrencies from the felt costs of securing them.

Put differently, imagine if you could own a Hummer without the pain of regular gas bills or insurance. That’s a bit like what using Dogecoin or Bitcoin is like. Someone who holds, or HODLs, is indulging their anti-centralization preferences. But they aren’t directly suffering the recurring costs associated with the production of those services. They perceive distributed ledgers as if they were free, even though they aren’t.

What about coin inflation?

But surely the constant growth in coin supply amounts to a felt cost. At the end of each minute 10,000 new Dogecoins are created to pay miners. Don’t these new coins cause the price of all existing Dogecoins to fall? Given that the value of their holdings is forever being diluted, aren’t Dogecoin owners keenly aware of the costs of the distributed ledger?

Not so. With cryptocurrencies the cost of new coins is capitalized into the price.

Let me decode what that means. Dogecoin’s price already includes the fact that Dogecoin miners are paid a recurring fee. And so the price of Dogecoins doesn’t fall each time that a reward is paid to miners.

Here’s an analogy. Every two weeks Microsoft must pay its employees. But if I own Microsoft shares, the price of those shares doesn’t fall every time payday arrives. The price of Microsoft shares already includes the information that salary must be paid.

The same goes for Dogecoin. The fees paid to miners, like Microsoft’s salaries, are already factored into Doge’s price.

And so a Dogecoin owner never really feels the painful costs of the distributed ledger. They don’t pay a weekly bill, as they would if they owned a Hummer. Nor does the value of their Dogecoin holdings progressively fall each minute thanks to inflation. But even so, these are very real costs.

Distributed ledgers are more popular than they should be

If the high costs of distributed ledgers were more keenly felt by users, cryptocurrencies would never have become so popular.

Most folks who are flocking to Dogecoin, Litecoin, and Bitcoin aren’t anti-centralization connoisseurs. They don’t know much about the product and certainly aren’t interested in paying a premium to consume it.

What they want is to get exposure to a fun gyrating number on a screen. They want to become millionaires. Whether they achieve millionaire status via more or less centralized methods is mostly mumbo jumbo to them.

Normally, high fees would dissuade the great unwashed from buying niche products like distributed ledgers or silver speaker cables or Hummers. But because these costs are hidden deep within the prices of Dogecoin, Litecoin, and Bitcoin, the owners of these products don’t directly experience them. Misperceiving distributed ledgers as costless, they are piling in.

What if the costs of cryptocurrencies weren’t so opaque?

Say that each Dogecoin owner had to pay miners a minute-by-minute fee out of their own pocket. True anti-centralization connoisseurs would happily pay up. But mainstream users, confronted for the first time with a transparent price for distributed ledger services, would panic and quickly exit their Dogecoin positions. The same goes for Litecoin and Bitcoin.

Critics are upset about the energy consumption of cryptocurrencies. But it’s not the energy needs of these products that is the problem. Let niche communities enjoy their strange energy-intensive activities.

Rather, what is disturbing is that most consumers of cryptocurrencies don’t perceive the true cost of the services they are using. And so these very, very expensive products have, by accident, gone mainstream.

This article, Why Do Cryptocurrencies Use So Much Energy?, was originally published by the American Institute for Economic Research and appears here with permission. Please support their efforts.