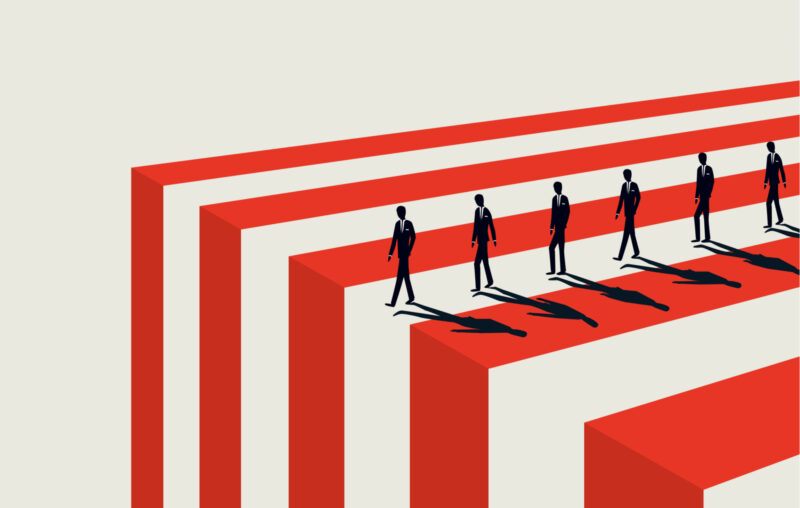 The US is experiencing the strongest price pressures in 40 years. Financial and economic commentators are searching frantically for the culprit. Many on the right blame massive budget deficits. Are government budget deficits responsible for inflation?

The logic is simple: when governments run deficits, they inject purchasing power into the economy. This stimulates total spending on goods and services, what economists call “aggregate demand.” When aggregate demand rises, production and prices go up. The result is more stuff selling at higher prices.

But there’s a problem here. If you blame fiscal policy for rising prices, you also have to credit it for increased output. You can’t have one without the other. Since conservatives sometimes argue both sides—deficits aren’t responsible for the economic recovery, but are responsible for rising inflation—we need to clear up this misunderstanding.

Over at National Review, Douglas Carr summarizes the conventional wisdom on deficits and inflation: “The correlation between government deficits and inflation has been zero since the mid 1990’s.” But then he attributes inflation to deficits in our post-Covid, inventory-constrained environment. To make sense of this in the workhorse model of applied macroeconomics, we’d say production bottlenecks and inventory drains resulted in significant short-run supply inelasticities. That’s econ-jargon for acknowledging output and prices go up following aggregate demand stimulus, with the caveat that the effect on output is minimal while the effect on prices is significant.

I certainly believe supply-side problems contribute to ongoing inflation. But those supply difficulties matter independently of deficits. The hard-won knowledge of the economics profession is that fiscal policy isn’t very effective at boosting output and prices. We don’t need to make an exception in this case. Government budget deficits are good at shuffling resources around, changing the composition of aggregate demand. They’re not so good at raising aggregate demand as a whole. That’s why supply inelasticities don’t explain why deficits are causing inflation. You still need to make an argument for why aggregate demand expands in the first place to confront those inelasticities. Instead, it makes more sense to explain current inflation by some combination of monetary policy and supply chain problems. How you analyze the particulars of the situation determines the weight you place on each.

If the macroeconomic effects of deficits aren’t very big, do we need to worry about them? While deficits are largely a red herring when it comes to stabilization policy, they matter a great deal for political-economic viability. When the government appropriates a larger share of the economy’s output, it diverts resources from the for-profit sector to the not-for-profit sector. Since the incentives are much stronger for stewardship in the for-profit sector, we should worry about public sector waste, whatever the effects on the national income statistics.

Furthermore, deficits create political conflict. Government spending creates an immediate group of beneficiaries. In contrast, who bears the costs doesn’t get sorted out until later. At some point in the future, taxes will have to increase or spending will have to decrease to pay for today’s borrowing. But the rough-and-tumble melee of partisan politics will determine who ultimately bears the cost of today’s borrowing. The larger the debt, the greater the political stakes. And high-stakes politics makes for an unstable country full of cranky, suspicious citizens.

If we want to argue deficits matter more conventionally, we’ll have to do some more theoretical heavy lifting. The usual aggregate demand stories we tell don’t cut it.

This article, Why Deficits Matter, was originally published by the American Institute for Economic Research and appears here with permission. Please support their efforts.