Why Authoritarianism Must Prevail 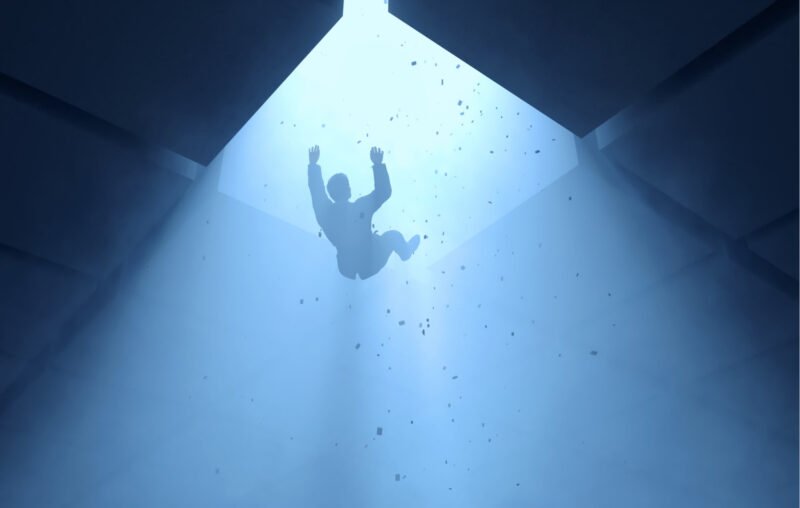 Freedom anywhere is a threat to authoritarianism everywhere. That is why authoritarians must destroy all freedom and why liberty lovers, and even the merely “lib-curious” (liberty curious), must not just resist blatant authoritarianism, but reject it in all its guises. The fate of the nation, and the world, again hangs in the balance.

To the extent that any freedom persists, authoritarian diktat can be subverted, albeit at a cost. History is rife with examples of bizarre entities, like nonbank banks (I kid you not!), rent-a-banks (ditto!), and gold caches, designed to work around branching restrictions, usury laws (maximum interest rates), the criminalization of holding gold, and sundry other attempts to limit financial freedom. (See my Financial Exclusion for details.)

To squelch “undesirable” activity, like increasing bank competition, voluntarily lending/borrowing small amounts of money at rates commensurate with the attendant costs and risks, or trying to protect one’s family against fiat money inflation, government must outlaw the workarounds too. To get their way, statists must suppress all unapproved activities, which ultimately means forcing would-be innovators to obtain permission before they can lawfully engage in any new activities.

Consider, for example, recent calls to allow the IRS to monitor essentially all bank accounts in the country. Maybe Americans will accept it, if, as claimed, the power is only used to enforce current tax laws. But if tax rates rise appreciably, as it seems they will, given the current administration’s policy goals, or if the transaction information is used for partisan political purposes, or to shame or coerce people into buying this, or not buying that, Americans will begin to search for workarounds. To the extent that the workarounds prove successful, government will be forced to outlaw the workarounds too.

For instance, if workers ask their employers to pay them in Federal Reserve Notes or Bitcoin because they believe that the transaction costs of making payments in those media will be less burdensome than giving some party hack access to the most intimate details of their lives, the government may well force employers to pay workers only in USD and only via bank transfer. It might even ban cryptocurrencies entirely, or at least try to.

Workers might then make one payment per month, to a “bill paying service” that for a fee will pay their bills for them, out of its one, giant bank account. Oh, but that sounds like an unregulated bank taking uninsured deposits so those services will have to be suppressed as well, or perhaps replaced by the central bank.

People may then begin paying everything by credit card, and even direct their employers to repay their credit card issuers directly. Next thing you know Uncle Sam will want to see your credit card statements too. Ditto PayPal, Venmo, and any other fintech apps used to make or receive payments. Thus a seemingly innocuous request to see bank accounts for tax purposes becomes the excuse for full-blown financial repression. This will, as always, hurt the poor the most.

Employers might work around those laws, along with the tax code and vaccine mandates by converting their employees into volunteers and donating payroll to a nonprofit charity with the singular mission of ensuring that the “volunteers” receive “donations” that happen to match the value of their former compensation. Imagine the chaos if every employer simultaneously did that! Government would have to respond by tightly regulating, if not outright outlawing, charities and volunteer work. Our liberty would be truly lost at that point, and again the poor would suffer most.

Corporations shouldn’t be taxed, but they are. Many of the largest have engaged in (international) tax arbitrage by adroitly shifting headquarters, production facilities, and charters between different states, provinces, and countries. Governments are now fighting back by establishing a global minimum corporation tax. How long before some entity begins to offer oceanic or orbital (then moon, then Martian) charters as tax havens? Soon after, though, private space flight and oceanic colonization will likely be banned or heavily restricted.

Everyone should be aware that if an international gold ETF issuing bearer shares, Honeypot.xxx (a sex worker-owned substitute for OnlyFans), a parallel university system, or anything else of import that runs against the woke or statist grain begins to gain commercial traction, regulatory hammers will swiftly bludgeon the innovators into compliance, or out of existence.

Were that all! When statist solutions to perceived “problems” create real problems, the call inevitably goes out for yet more government. When pressed about how to pay for UBI (various universal basic income) schemes, for example, schemes that are purportedly needed to solve a nearly nonexistent income disparity “problem,” proponents will sometimes argue for the establishment of a Sovereign Wealth Fund (SWF, or a giant investment fund owned by a government), the dividends and realized capital gains of which can be divided equally among the citizenry.

UBI proponents are not sure where the money to fund the SWF will come from, or if it is a good idea to concentrate all that economic and political power in one decision maker’s hands, but if you want to see their true colors, ask them why individuals cannot simply invest their own money for themselves. Turns out that elites believe that most Americans don’t know how to invest properly, in the “right” (which is to say Left) companies. So look for a push to outlaw individual investment in favor of a SWF-funded UBI, or at least a narrowing of choice to SEC-approved ESG funds. You may still own something in 2030, but it seems increasingly unlikely you will be happy.

America and the rest of the West have been sliding down the slippery slope of statism for so long that they are now rapidly approaching the precipice that ends in rock bottom. Will liberty be crushed and a new dark age commence? Or will the masses then finally see governments as the problem, rather than as the solution?

This article, Why Authoritarianism Must Prevail, was originally published by the American Institute for Economic Research and appears here with permission. Please support their efforts.