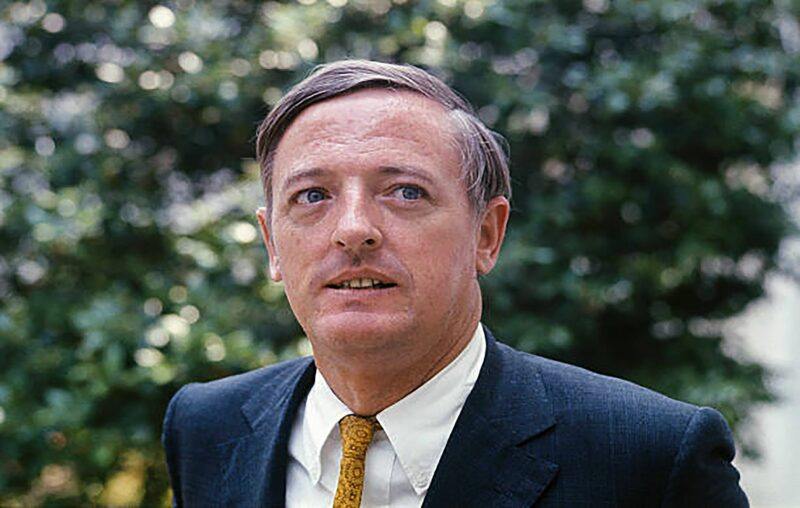 At a time when American conservatism is said to have lost its way as a principled force, a careful reexamination seems necessary, for those who claim this and those who disagree. Either camp would profit from taking a fresh look at the long, much-admired career of the conservative movement’s reputed founder. A Man and His Presidents: The Political Odyssey of William F. Buckley Jr. is worth reading for anyone who wishes to become acquainted with him, or reacquainted.

It doesn’t, on its own, provide enough new insight on Buckley’s brilliant public life to qualify as a major contribution to conservatism’s history, as we can reasonably expect of former New York Times book review editor Sam Tanenhaus’ long-awaited biography. But in other respects, it serves the potential readership for a Buckley book quite well.

For younger people especially, it’s an informative overview of a half-century’s political developments as seen by a great conservative leader. It’s also an illustration of how an intellectual, or intellectual-plus-activist, can engage in high politics while maintaining a degree of independence from it. For older readers and especially those fairly knowledgeable about Buckley, the book is a richly detailed reminder of the balance, nearly always a sensible one, that he struck between conservatism’s need for ideological consistency and its practical requirements. Alvin Felzenberg has reintroduced Buckley into our political discourse—not as a symbol with which to scold conservatives for the intellect, sophistication, wit, or moderation they are alleged to lack today, but as an exemplar of something more difficult to achieve: political wisdom coupled with tireless, creative political action.

Buckley was, in a most impressive range of historical circumstances, both a deeply principled and a thoughtfully flexible (also good-humored) man of the Right. This invaluable synthesis resulted from the trouble he habitually took—despite his notorious impatience in some other ways—to draw careful distinctions as the basis for his judgments and priorities. It is no exaggeration to call Buckley’s life a feast of reason. We should remember, however, the abundance of prudence, patience, and proportionality that leavened his reason. His was the reason of a Burke or a Lincoln, not that of an arid systematizer. A Man and His Presidents includes many good examples of how Buckley’s careful distinctions led to thoughtful, well-adapted applications of principle as he observed the political scene. But its theme is a more direct kind of involvement.

One hazard in writing about a historical figure so colorful and multi-dimensional is that his real significance in the world’s affairs may blur into the background. As the author notes in his preface: “When friends, colleagues, and relatives learned that I was writing a book about William F. Buckley Jr., they almost universally had the same response: ‘Oh, what fun!’ Fun was a word often associated with Buckley,” an intellectual star whom the author saw on the cover of Time magazine when he was a college freshman. To his credit, he goes beyond the “William Buckley/Conservatism Can Be Fun” headline to concentrate on a much weightier subject, what he rightly calls the political odyssey.

Felzenberg, a veteran of two presidential administrations who teaches at the University of Pennsylvania’s Annenberg School for Communication, stresses Buckley’s “skills as a political strategist and activist, behind-the-scenes operator, and networker par excellence.” For while he wrote beautifully, he was “as much a politician as he was a writer, and an activist as well as a commentator on events.”

One of Buckley’s closest associates, longtime National Review publisher William Rusher, of whom I wrote a biography several years ago, would have questioned descriptions like “strategist” and “politician.” Rusher greatly respected Buckley, of course, but also considered his worldly colleague to be short on political sophistication, and dilettantish in his political engagement. A Man and His Presidents qualifies as a serious challenge to such a perception. It must be added, however, that one doesn’t get the impression Felzenberg seriously considered Rusher’s reservations. He and other significant people in Buckley’s life who might, in various ways, have helped readers to occasionally take a more distanced perspective barely figure in the book.

Another quibble is that the title, referring grandly to “His Presidents,” is overstated. Since Buckley knew only two of them well, Felzenberg doesn’t actually have detailed relationships to describe between the National Review founder and most of the 11 Presidents in his adult lifetime. Buckley’s relationships with Ronald Reagan and the senior George Bush, though, are intrinsically interesting, even apart from their possible lessons for conservatives today. The same can be said of Buckley’s thoughts on the other inhabitants of the Oval Office from Harry Truman to the junior Bush, on their policies, and on the political settings in which they functioned.

As for Presidents Reagan and George H.W. Bush, Buckley undeniably was a supportive friend to both of these very different men—and far more than that to Reagan. How much more is a question less easily resolved, at least in this book. “The role Buckley played in advancing Reagan’s career  . . . cannot be overstated,” Felzenberg writes. He became the California Governor’s “most trusted adviser outside his official family and, after Nancy Reagan, Ronald Reagan’s primary enabler and protector.” While these are large claims, there is more to substantiate them than the fact of a close (if we bear in mind Reagan’s general aloofness from people) friendship with Buckley, or Reagan’s longstanding subscription to NR and Felzenberg’s claim that he read each issue cover-to-cover.

There are many ways to help a politician, and many of them are described here. Add such things up over decades and Felzenberg’s “cannot be overstated” gains plausibility. In the early years alone, Buckley advised the Reagans to assist writer Truman Capote in his work on a documentary about the death penalty; also to befriend Richard and Shirley Clurman, because the Time magazine editor and his wife were “good fun” and very influential; also to (in Felzenberg’s words) “take stock of how the ‘Academic Establishment’ functioned and identify a few scholars with whom he might make common cause.”

Somehow, Buckley even persuaded Esquire “not to proceed with a piece it had commissioned on Reagan from the left-leaning journalist Jessica Mitford,” Felzenberg’s description of whom is an understatement. Although the article did appear in the radical Ramparts, Buckley was proud to have, as he said, “defanged” it—by which he presumably meant that it would have been more damaging had it run in the more prestigious publication. More generally, Reagan “accepted Buckley’s point that intellectuals could mar his public image and increasingly relied upon Buckley as a bridge to at least some of them.”

A Man and His Presidents might have paid more attention to one element of its subject’s psychology: his anti-political instincts. Once, in the early years of NR, Buckley observed that the menacing quality of the 20th century had (he cursed the age for this reason) made it necessary for all “sentient” people to concern themselves with politics, that “preoccupation of the quarter-educated” which he said he otherwise would have avoided. In his later years, he explained more serenely that his enormous load of commitments in public life resulted from an overwhelming sense of obligation and gratitude toward America. Such remarks show a man not naturally drawn to politics but rather compelled to it. That makes Buckley’s sustained political—as distinct from literary and journalistic—efforts all the more admirable.

Whatever we might conclude about Buckley’s ambivalence toward politics, the book is laudable for its emphasis on him as a public man rather than a mere celebrity. Rusher would have approved. In a 1976 memo to Buckley, Rusher touched on the tensions between elite conservatives like themselves and the underestimated populist Right. He said his recent experiences with the populists had taught him

there are people out there in the boonies who lead reasonably active and dedicated lives (politically speaking) without understanding or even knowing much about what you and I are doing. Worse yet, they note and absorb only the highly visible but largely irrelevant epiphenomena concerning you: the yachts, etc.

Rusher then warned against taking the wrong attitude toward conservatives who knew Buckley only as a rich (in both senses of the word) and colorful character: “It is of course easy to grow impatient or even angry with such people, but I suspect that in doing so we reveal a parochialism not unlike their own.”

Who was Buckley? The question seems to gain force with each year that has passed since his death in 2008. For the many nostalgic conservatives with strong emotional investments in Buckley, the fading of familiarity with him among his countrymen hurts a little, and should. More important than such pangs, though, is the need to acquaint new generations with him. As General Patton stressed, speaking of America’s dead in the Second World War: “Rather we should thank God that such men lived.” It is for younger generations, and others who know of Buckley without knowing much about what he was doing, that A Man and His Presidents is especially valuable.

This article, Who Was Buckley?, was originally published by the American Institute for Economic Research and appears here with permission. Please support their efforts.