Which Antitrust Doctrine Deserves Your Trust? 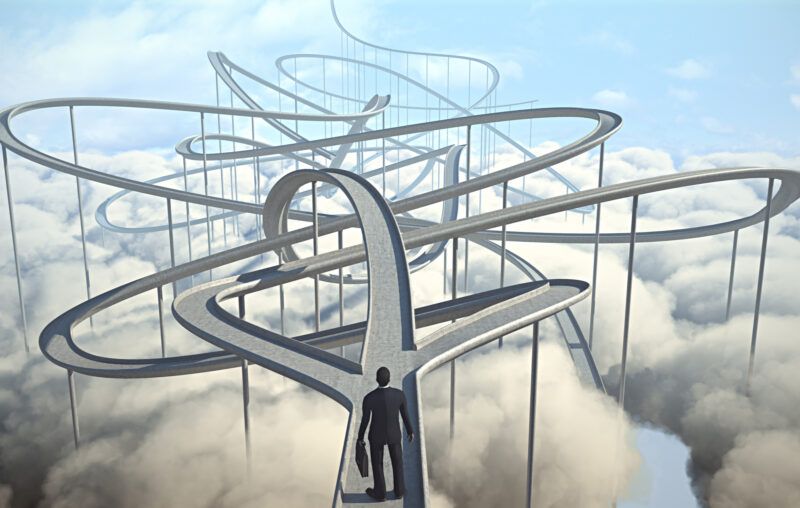 The United States is at a crucial inflection point when it comes to the idea of antitrust regulation, with actors from across the political spectrum clamoring to break up unfavorable companies. To complicate things further, the US is in an existential geopolitical rivalry with China where economic influence and performance are the major deciding factors. Furthermore, we are also in the midst of a technological revolution that, if executed properly, could have tremendous benefits not just for the country, but for all of humanity. In light of this, the country must encourage innovation and economic progress, not stunt it with overly arbitrary antitrust regulation. Sadly, this seems to be the emerging trend. The best way forward would be to reject this emerging ideology in favor of reforms to the existing antitrust doctrine by introducing some innovative ideas from the Austrian School of Economics.

Antitrust regulation seeks to maintain a competitive marketplace by policing anti-competitive behavior such as combating the establishment of monopolies. The Federal Trade Commission explains,

“(F)or over 100 years, the antitrust laws have had the same basic objective: to protect the process of competition for the benefit of consumers, making sure there are strong incentives for businesses to operate efficiently, keep prices down, and keep quality up.”

The primary genesis of American antitrust regulation comes from the Progressive Era with the Sherman Antitrust Act being passed in 1890, which outlawed cartels and attempts to monopolize large sections of the economy. The Progressive Era itself was a time period of tremendous skepticism regarding private enterprise and saw the curtailing of much of the economic freedom enjoyed prior. It also oversaw the massive expansion of the administrative state and greater deference to the will of the government over the Constitution. This would be the norm up until the late 1970s, which saw the transition to more free market-oriented thinking.

The current status quo when it comes to antitrust policy is most aligned with the Chicago School of Economics, which advocates for the Consumer Welfare Standard. AIER Senior Fellow Michael Munger explains,

“Fortunately, we got smarter. The “Consumer Welfare Standard” for conceiving the goals of antitrust enforcement was based on a combined consequentialist and ethical claim that consumer welfare was lexically prior to all other concerns. Mergers, acquisitions, and other actions that had been presumptively problematic were now reconsidered: If there was a demonstrable benefit for consumers, the contractual arrangements were presumed to be efficient, and legal.”

Much like other doctrines affiliated with the Chicago School, this model of antitrust regulation exercises faith in natural markets and competition. It takes a far less interventionist approach than the standard that came before, the Rule of Reason Standard, which was conceived during the Progressive Era. Much like any other Progressive doctrine, it essentially granted almost full discretion to the government. One of the intellectual forefathers of this interventionist doctrine was the late Supreme Court Justice Louis Brandeis, who famously hated large corporations for the sake of being large and saw the expansion of government as a key objective for advancing the public interest. His views would be highly influential in the contemporary neo-Brandeisian approach to antitrust that seeks to drastically expand the scope of government intervention. His views were also well-reflected in the interventionist Harvard doctrine that came before the Chicago School.

This is the essential dichotomy of antitrust regulation. The Harvard-Brandeisian model is an interventionist model that expresses deep skepticism of market forces and a high degree of confidence in the expertise of regulators to manage the economy. The Chicago School doctrine that replaced it, the current status quo, has more confidence in market functions, most notably seeing large corporations as beneficial to consumers in many instances, and also expresses a moral aversion to exercising the hand of the state in private matters.

The Danger of the neo-Brandeisians

Today, the Chicago doctrine is falling out of favor, as are the general principles of traditional economics, which the doctrine tends to lean towards. The alternative being proposed, however, the neo-Brandeisian model, is nothing short of frightening. For one, it’s simply a return to the tired old ideas of big government that dominated the Progressive Era. Munger writes,

“(T)he highly touted “New Antitrust Paradigm” seeks to “out-originalist the originalists,” taking up a tactic that has been used increasingly by those who seek to roll back deregulation. The New Antitrust Paradigm would extend antitrust enforcement well beyond the now-established “consumer welfare standard” to encompass social justice, the welfare of competitors, labor, and the environment.”

We hear this rhetoric far too often today, especially under the Biden administration. Government needs to grow from its basic roles of protecting life, liberty, and property in order to pursue more nebulous goals such as “equity and social justice.” Of course, this likely means whatever those in power and their friends want to do. This isn’t a new idea either. Prior to the advent of today’s vogue terms, the terms used to justify the use of government power in almost every aspect of society were “the public interest and a rational basis.” It goes without saying that they are still in use.

One recent example of such a way of thinking about antitrust is expressed in an article published by Yale Insights, advocating the use of antitrust to curtail problems associated with social media being addictive. It notes,

The article references behavioral economists to first paint a picture that consumers are irrational and need to be taken care of by the government, as well as the idea that breaking up social media companies will lead to better outcomes.

This premise is representative of much of the thinking with the neo-Brandeisians and the older Harvard school of antitrust. An article in the Upenn Law Review comments on the tension regarding rational consumers in the Harvard model in regards to advertising by writing,

“The underlying assumption is that consumers are irrational and manipulable, and the Chicago theorist rejects this assumption as inconsistent with the premises of price theory. The rational consumer will pay for advertising (in the form of a higher price for the advertised brand) only to the extent that advertising reduces his costs of search.”

The article also notes another key point regarding such interventionist doctrines, which can be roughly summarized with the classic premise that “this industry is different and therefore economics don’t apply like you think they do.”

The neo-Brandeisian model of antitrust that we are seeing emerge today will essentially open the floodgates for a government that seeks to intervene in every aspect of economic life that fancies regulators. It will expand the scope of such regulation beyond the appropriate boundaries of combating cartels and genuine monopolization, towards an ever more paternalistic as well as arbitrary model of governance.

Improvements to the Status Quo

There is no doubt America needs to reinvigorate competition in its economy, not just to advance society but also to compete against our authoritarian rivals who seek to use their economic success to garner influence. Munger notes that the new antitrust push is essentially a gateway to industrial policy, but he also states that many would say the Chicago model does not go far enough in its embrace of free markets. He correctly notes that in that case, we should not let the perfect be the enemy of the good.

On that note, I would provide one improvement, which would be introducing more Austrian Economic principles to the current Chicago doctrine. In particular, they would be based on the Schumpeterian model of competition and antitrust, which posits that creative destruction and innovation are key factors in promoting a competitive marketplace. Joseph Schumpeter understood that government regulation was, in many cases, not necessary to break up cartels and harmful corporate conduct. When new services and products are introduced to the market, they shatter existing equilibriums and fundamentally change the distribution of power in the market. This leads to a continuous cycle of competition and innovation as firms compete with one another to lower prices and introduce new products. Applying this doctrine to today’s antitrust debate would include popularizing deregulation over intervention in the arsenal of regulators. Deregulation could be used to increase the ease for new firms or services to enter the market and disrupt larger companies. This is based not only on basic economic theory but historical precedent, as creative destruction and innovation have been two of the greatest killers of entrenched economic powers to the benefit of society as a whole.

There is a coming storm brewing in the debate over antitrust. The status quo of the Chicago School is falling from popularity and the emerging neo-Brandeisian doctrine is a step in the wrong direction. It is fundamentally a return to the same tired old ideas of the early 20th century that placed far too much trust in the competency of the central government and rejected the ideas of established economics. Proper reforms should leverage more market functions, not less. In contrast, the neo-Brandeisian model will reintroduce a crippling regime of arbitrary and further unchecked state power that will surely sap the vibrancy from the American economy at a time when it is needed most.

This article, Which Antitrust Doctrine Deserves Your Trust?, was originally published by the American Institute for Economic Research and appears here with permission. Please support their efforts.