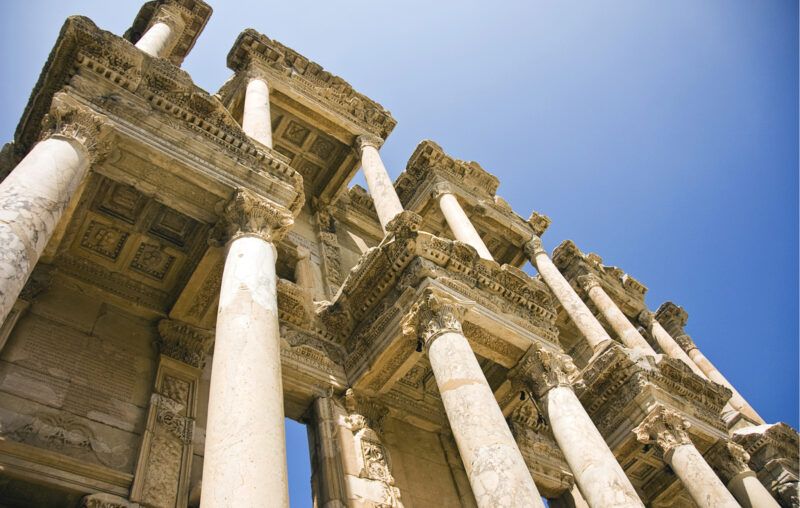 Last spring, I picked up Philip Coggan’s More: The 10,000-Year Rise of the World Economy. It looked like one of those big-picture stories I love, about where human societies came from and developed, chronicling the many ins and outs of our path towards modernity and prosperity.

I was only partly right.

I’m only writing about it now because it took me 15 months to get through this 370-odd page of non-technical material. It turns out that despite being a professional writer at The Economist, Coggan’s writing is remarkably dull. Out of desperation and boredom, I probably put down the book five or six times.

It reads like a textbook, with oversimplified generalizations, lack of crucial nuance, and lots and lots of unvaried sentences riddled with passive voice. In teaching beginners how to write, one crucial piece of advice is to not employ the passive voice too much: it’s arduous to read and often confuses the reader about precisely who is doing what. Despite a long career as a journalist and author, Coggan didn’t get the memo; When you’ve been in the game long enough, perhaps you think that the foundational rules no longer apply to you.

More is about the economic history of all mankind. That’s ambitious, broad, and general enough to prepare anyone for failure. Considering how difficult it must be to give a reasonable and informed account of everything that created our modern societies, Coggan acquits himself honorably. If one knew nothing about our economic past, this would not be the worst place to start. He guides us through the early ancient economies of Mesopotamia, the Silk Road and agriculture – the dominant and foundational industry until yesterday, comparatively speaking. One-third into the book, we’re already in the 19th century, and while I agree with him that that century (plus the twentieth and our own times) are the most interesting for human economies and prosperity, it seems a little too present-focused to truly be a 10,000-year history of the world economy.

Plenty of Coggan’s takes are refreshing, especially when he corrects many rookie mistakes about our past. The Great Depression was not caused by the Black Tuesday stock market crash in 1929: by April the following year, stocks had regained the level of early 1929, and NBER actually dates the beginning of the Great Depression to months before October 1929. The Industrial Revolution wasn’t particularly quick, and “revolutionary” only over long time periods; indeed, it was gradual and slow. He destroys the idea of Nazi Germany during the 1930s as some economic miracle: almost nobody had a car (Volkswagen barely delivered any cars to civilians); the construction of the vast road networks that later so inspired Eisenhower and others only employed some 38,000 people; almost half of German GDP growth during 1935-1938 were due to rearmament, and private consumption was consequently still below the pre-crisis level in 1935 – real wages in 1938 were lower than when the Nazis took power.

If you think this is too detailed an argument for a book chronicling the world’s economic history since Neolithic times, you’d be right; and it serves as a perfect illustration of the book’s biggest drawback – it gets bogged down in topics that, while interesting, seem not to warrant an inclusion in such an ambitious tale.

My biggest beef with Coggan’s story is his frequent conception of society and its changes through top-down ruling, plus his addiction to the Great Man Theory of history – the often unstated belief that what propelled history forward were specific actions by identifiable people. Even though he opens the book’s preface by explicitly warning against the “maps and chaps”approach to history – kings, inventors, revolutionary events, wars – he repeatedly falls prey to it. He writes that It’s “easy to miss the big picture,” yet beyond the first few chapters More drifts towards that outcome. Roughly from the Great Depression and forward, the present, with its intricate details and politically flavored interpretations, becomes too tempting a topic for Mr. Coggan. That mindset, the hallmark of a bad scholar, forgets that history as it was lived is a much more emergent phenomenon, with many more decision paths and possible consequences than the ones outlined by a backward-looking historian.

Chapter 15, ominously titled “Government: An Ever-Present Force,” brings those implicit faults to the forefront. The chapter is precisely as bad as one would expect: government is not just necessary, but what it currently does is absolutely foundational for a modern society. The private sector cannot exist without government; government made the roads and the infrastructure and the legal system – plus, educated (well, “educated”) the workers – all of which are things the private sector can’t do. Government allowed for, and at times even created valuable innovations and technical breakthroughs – it ”provided the impetus and funding for some of the most important technologies in modern life, from the internet to satellite navigation systems to the development of life-saving drugs.”

We might call this the Midas touch argument, after King Midas in Greek mythology who, tragically, turned everything that he touched into gold – except that Coggan replaces Midas with government: if government in any way touched a process that finally produced something of great value, the government “did it,” or “played a vital role.” The argument, as Matt Ridley so eloquently has explained and Alberto Mingardi and Deirdre McCloskey so thoroughly have debunked, is the political economy equivalent of intelligent design. From ARPA, the Internet and microwaves, the logical implication is that because Charles Babbage received a government grant in 1823, the credit for modern computers lies with Uncle Sam.

The hubris, echoing Matt Ridley, to think that absent government meddling in these areas, none of those technologies would have developed, is quite astonishing. Believing, even implicitly, that commands issued from the ruler or the odd genius inventor is what made the modern world, means that most of the fascinating episodes in Coggan’s account of our past are brief and without nuance, bordering on the childish.

There are some technical errors also that, given the complexity and scope of the topic may be excused. He dates independent central banks to Volcker in 1979. On the eurozone, he conflates a core MMT argument (about governments borrowing in a currency they can print, and therefore don’t have budget constraints) with the fiscal redistribution argument in a monetary union. He describes the Fed Funds Rate as an administered rate the Fed sets, rather than an interbank market-rate that the Fed influences. He called the zero-lower-bound problem of present-day central banking, the “zero level bound,” which may be an innocent mistake, but then all the more damning to his editors and proofreaders.

Coggan embarked on an ambitious scheme to tell us about economic growth through the ages. In that he succeeds, but the account leaves much else to be desired.

This article, When Grand Histories Go Wrong, was originally published by the American Institute for Economic Research and appears here with permission. Please support their efforts.