When Does a Job Become a Job? 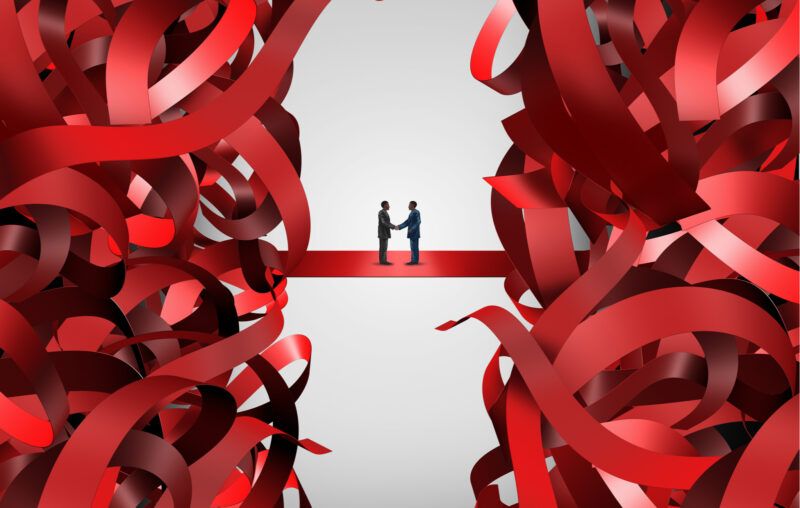 When does a job become a job?

This seems like a silly question, perhaps one designed for philosophical word play, but the answer to this question has important economic and public policy implications. An examination of this further reveals the importance of how governments draw bright lines that define and condition human relations. Answering this question may also explain why holiday gifts are having a hard time getting to market this year.

The word “job” can have two different, albeit interrelated, meanings.

First, “job” may refer to a task that needs to be completed. For instance, “It is my job to clean the barn this weekend.” It can also refer to a series of tasks that occur on a regular basis such as “My job in the house is to put the garbage bins out every Wednesday evening.”

The second use of the word comes up in economic forecasts, news reports, and political campaigns. Here, “job” refers to a specific relationship between an employer and employee that is compensated (usually) via some monetary transfer. The Bureau of Labor Statistics issues a jobs report telling us who is working for wages, newspapers relay this information, and political candidates promise us policies to create jobs with living wages.

The latter definition comes with a host of legal obligations determining the terms of employment (e.g. minimum wage rates, safety conditions). Different jobs entail different obligations (e.g. wage workers are entitled overtime pay under certain circumstances whereas salaried employees are not), and this in turn requires somebody – typically a government bureaucrat – to draw a line defining what is a particular job and what is not.

How those lines are drawn is not obvious, yet the power to define what a job is and is not comes with enormous power to affect economies.

Consider the following scenario I present to my students:

It is Monday morning and I am waiting nervously for a late taxi to arrive so I can get to the airport on time. My neighbor Phil sees me and asks why I have luggage and appear nervous. After I tell him my predicament, he offers me a ride. Upon returning from my trip, I provide Phil with a case of beer for his help.

When I ask my students if this is a job or an economic exchange, most of them think it was neither. It is “merely” a favor and my compensating Phil with beer is a gesture of gratitude. Nonetheless, what my neighbor did for me was a “job” in the sense of a task performed. Whether it was a “job” that required certain legal obligations seems unlikely to my students but remains unclear.

Later that week in conversation, I tell Phil that my schedule requires me to take similar trips every other Monday. Phil says he would be happy to drive me as he is not busy that day. I respond positively to his overture and promise him a case of beer each time for his assistance. He agrees, and over the next two months I get shuttled to the airport and Phil gets a lot of beer.

My students generally remain in agreement that this situation represents two neighbors exchanging favors and while it is a task (i.e. a “job”) it is not an employer-employee relationship (i.e. a “job”). Yes, the dual meaning of the term “job” here is confusing; it is meant to be.

After a few months, Phil tells me that he can’t drink all the beer that I’ve provided. I choose to give him $20 cash instead to compensate him for gas expenses and his time. Phil agrees to this and we shake hands consummating the agreement.

The students now begin to see our arrangement as an economic exchange because money is involved. I quickly inform them that money is merely replacing some other resource (beer) and nothing really changed in our relationship other than Phil can now use a more fungible resource (money) to obtain something other than beer. (For all I know, Phil may have been selling the beer I gave him on the side for $20, so I potentially saved him a lot of effort.)

I prod my students further by asking whether or not Phil is my employee. I am asking him to do a “job” (task) on a regular basis at an agreed upon price ($20). Some students do not think so since I am not an “official company” registered with the government. That’s interesting. I ask why being registered by the government should be the deciding factor on whether Phil and I are in an employee-employer relationship. The classroom falls silent.

Other students realize that this scenario is not any different than calling an Uber with the exception that I always get the same driver. It is then when I ask whether or not this relationship should be taxed as a retail transaction. This bothers some students because our relationship still “feels” like two neighbors doing favors for one another, whereas others argue that the repeated nature of exchange transforms it into something “economic” that should be taxed. I push the issue by asking students whether a retail sale is nothing more than two people doing favors for one another. Silence returns, but I can see some “thinking wheels” start to turn.

Students generally resist the idea that what I’ve described to this point is a “job” in the sense of an employer-employee relationship. Their resistance usually centers around the idea that Phil only provides a ride every other week, ergo he is only “doing a job” for roughly two hours every fourteen days. “Jobs” (employer-employee relations) are more frequent. A few students also object to Phil being my employee since he is providing his own capital (i.e., a car) and isn’t relying upon me to give him a place to work. I’m not?!

I then tell them that Phil’s car was in the shop one week and he asked if he could use my vehicle. I told him that I would prefer this arrangement since my car is roomier, and I felt that this would also help cover his gas costs since I was the one filling up my own car. We agree to this arrangement henceforth.

Now several students start to see this exchange as an employer-employee relationship since I am having Phil use my capital (i.e. car). Much of our definition of who employs whom centers around who is providing human labor versus the tools (i.e. capital) to make labor productive. We tend to identify an employer as the person who owns the “means of production” and an employee as somebody who provides only “labor power,” a notion that echoes much of Marx’s worldview.

But as I point out to students, such a relationship is reciprocal and it is not that far-fetched to think that those who only have “labor power” are employing those who only have capital. Capital is useless without labor and vice versa. Who employs who remains an opaque question. What seemed obvious to my students regarding the definition of a “job,” is no longer couched in absolute certainty.

The Government Decides, Arbitrarily and with Consequences

The point of this mental exercise is to get students thinking about when a simple task (“job”) becomes a more formalized relationship (“job”) involving a definition of who is employer and employee. Where we draw the line is important given the numerous other laws written by government officials that apply differently to “employers” and “employees.” Thinking through the scenario above highlights how arbitrary employment and labor laws can be based merely on the definition of when a “job” (task) becomes a “job” (employer-employee relation).

This mental exercise is not merely academic; it has real-life implications. Consider California’s Assembly Bill 5 (AB5). This law was designed to give employment status to so-called independent contractors that were hired for specific tasks (“jobs”) by tech firms. Such businesses often paid individuals to perform specific tasks (e.g. coding software) and once those tasks were completed the business would no longer retain their assistance, although that person could be (and often is) paid to perform another task.

AB5 had the effect of making independent contractors full-time employees and subject to other laws regulating tax status, health benefits, etc. While benefiting some individuals who felt exploited and uncertain about their temporary contractor status, AB5 reduced work schedule flexibility for others who didn’t want to be tied permanently to a company.

As with all laws, the unintended consequences were numerous. Journalists who independently provided stories to various news outlets found themselves restricted in how much content they could provide to specific buyers. The website Vox responded by severing relations with over 200 freelance authors and hired only 20 permanent staff members. Ironically, some freelancers who covered the passage of AB5, including the staff at Vox, didn’t foresee its negative impact on their industry.

AB5 also impacted rideshare providers and both Uber and Lyft threatened to halt services in the state if they were forced to reclassify all of their drivers as “regular employees” with all the regulatory baggage that entailed. Customers who have come to rely upon quick and easy access to transportation may be facing fewer ride options because of a redefinition of what a “job” is. My neighbor Phil could not be reached for comment as to whether he would be demanding health insurance from me in the near future, though fortunately we both live in Washington.

Our current supply chain problems are also, in part, the result of a simple definitional issue of what constitutes an employee versus an independent contractor. Owner-operated truck drivers who previously carted goods from the Port of Long Beach to retail stores currently sit in limbo as to whether AB5 applies to them. Your ability to find Christmas gifts may be impacted by how legislators and bureaucrats define what a “job” is.

When it comes to economic activity, we rarely think about how important legal definitions of various activities are and how they shape the relations we have with our fellow human beings. Like my students, most of us take the current definitions of employers and employees for granted. We know what a “job” is because that is what the government tells us it is. We then dutifully fulfill the other mandates that come along with such bright line categorizations. This complacency can be damaging to our economic flourishing as we are witnessing how AB5 has gummed up supply chains.

And it is not just the definition of a “job” that matters. Governments specialize in bright line legislation that categorizes all types of activities. Cavalcades of other legislation are then set in motion. Sometimes these lines (e.g. Covid health regulations) are applied to “big” versus “small” businesses as if having 100 or 101 employees was a magic dividing line that provided metaphysical certitude about life.

A vibrant citizenry capable of resisting tyranny starts with the realization that the definitive guidelines given to us by government are actually quite arbitrary. We must constantly question the bright line boundaries that surround us.

At the end of the day, Phil and I remain good friends. We continue our relationship where he drives me to the airport and I provide him with something in return. Is he my employee? Neither of us know; neither of us care. All we do know is that each of us is voluntarily better off because we demand the ability to interact with one another on our own terms.

This article, When Does a Job Become a Job?, was originally published by the American Institute for Economic Research and appears here with permission. Please support their efforts.