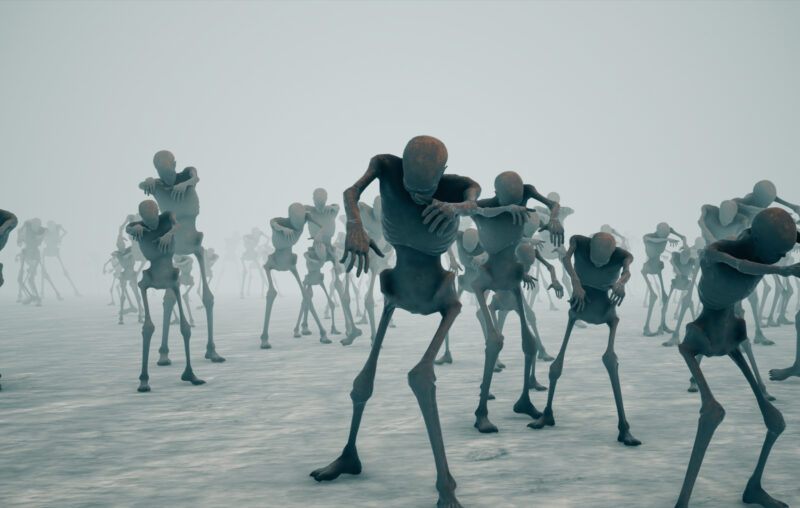 Fad, craze, fluke, mania, insanity, chaos, exuberance, stupidity, foolish, irrational – we have many words for people losing their minds, individually and collectively. Ostensibly, these are fueled by deep-rooted emotions that all of us latently carry with us, or so is the message of the new book The Delusions of Crowds: Why People Go Mad in Groups by the prolific writer, financial theorist and neurologist William Bernstein.

While most familiar to an audience of personal finance and the world of investing, Bernstein has successfully ventured into other topics too, such as economic history through his 2004 book The Birth of Plenty and A Splendid Exchange: How Trade Shaped the World from Prehistory to Today a few years later. To top that, he holds a Ph.D. in Chemistry, is retired from neurology, and has won awards from the CFA Institute, where he regularly writes book reviews.

In Delusions of Crowds he emanates the Scottish journalist Charles Mackay’s 1841 Extraordinary Popular Delusions and the Madness of Crowds, both in title and throughout the book. Mackay himself, though happy to rail against financial manias of the past, didn’t see the railway mania around his own Britain in the 1840s, in which he seems to have all-too-eagerly participated. Instead of answering the riddle posed by the book’s subtitle (let’s blame the publisher) Bernstein gives us highly entertaining epochs where people went mad, financially and religiously, from the South Sea bubble and the dot-com mania, to the Anabaptists in 1530’s Germany and the alien awaiting Dorothy Martin in 1954. Many of the believers that Bernstein recounts are scripture hunters of all major denominations, reinterpreting words and particularly numbers in their respective holy books. The explicit purpose is to find end-time predictions and clues left behind by the Almighty. God has ordained, says every deluded apocalyptic leader (often on the basis of some numerical trickery in his favorite texts), the world to end on this date – always conveniently located just a few years into the future. Enough time to spread the message and rally the troops.

In the anno 2021, it’s an odd combination by Bernstein to pick finance and religion (only), where he had many other imminent areas of collective madness to choose from: climate activism, gender obsession and dysphoria, social justice, Covid, populist politics and many more. He opts for bubbles in financial markets, which almost everyone but the experts and industry professionals agree are always crazy, and religious cults and end-times fantasies, which all but the initiated think deluded and in need of psychiatric treatment. With a single subtle sentence, he brushes aside equally fascinating delusions, citing personal interests and length (a clear considering for a dense book that’s already approaching 400 pages) but suggests that:

“The reader will, however, encounter no great difficulty connecting the episodes described in the coming pages, as well as their underlying psychology, to manias of all types, particularly to the totalitarianism of the last century and the viral conspiracy theories of this one.”

The chapters are not really connected, beyond the Mackayesque theme that wraps them in an aura of madness. Wherever we look, the conclusion of the many separate stories seem to be that humans lose their minds. Some of the chapters are dense and comprehensive; others short and woefully under-analyzed. The religious manias often strike me more as surveys of American politics and its connection to (extreme) religious groups, while the handful of famous financial episodes are inadequate accounts of famous financial episodes. Then again, my own interests are heavily tilted that way so it was almost inevitable that I’d think Bernstein’s financial-historical dealings too incomprehensive and rushed, the religious ones tedious and excessive.

Much like his role model’s chief literary achievement, all is not well in this otherwise highly enjoyable book. Bernstein often resorts to simplified and unproved evolutionary just-so stories to account for the lunacy he colorfully describes. He spends a full two pages on a debunked 1950s experiment (Sherif’s Robbers Cave) pretending, erroneously, that it accounts for humanity’s natural desire for tribalism and seemingly unstoppable antagonism towards outsiders. It doesn’t show that, and Bernstein should know better. The repeated quips, in the style of Hyman Minsky or John Kenneth Galbraith that markets are inherently crazy, or a garden-variety policymaker that crashes can only be remedied by central banks, are both tiresome and unsubstantiated.

Still, he’s a terrific writer and wordsmith with a restrained sarcasm I can’t help to admire. In a passage that reminds me of Maggie in an episode of Aaron Sorkin’s show The Newsroom, he ridicules end-time proselytizer and televangelist Pat Robertson. God hasn’t been heard from in over two thousand years, yet now he returns, not to salvage the world or usher in the actual end-times or some such regular religious dream, but to speak repeatedly to a mildly successful minister about as mundane things as who wins the presidential election in a country far away from the Promised Land. Bernstein’s reserved ridicule is perfect:

“If there is a cataclysmic war in the Middle East, it will likely result from God telling different people different things, and in this regards, Robertson was, and remains, especially dangerous, as he has misheard God with some frequency, as when He told him that the world would end in 1982, that a tsunami would hit the Pacific Northwest in 2006, that worldwide mass terrorist killings would occur in 2007, and that Mitt Romney would win the 2012 presidential election.”

Most supernatural talk – be that of gods, Gaias, or patriarchies – are the rumblings of a lunatic, in desperate need of professional attention. Bernstein’s many stories fuel that fire. Unfortunately, he doesn’t reveal why usually calm, skeptical, or sophisticated crowds go mad about once a generation. Instead, he settles for a few paragraphs of Minsky’s ‘Instability Hypothesis’ sprinkled across the finance chapters, and a few attempts at pop psychologizing, including a page or two about the limbic system and frontal cortex. For good measure, add a few debunked experiments about myopic, naïve, credulous humans irresistibly falling prey to peer pressure or charismatic leaders.

It’s a tragedy that Bernstein zeroed in on Mackay and most uncritically embraced his view of financial bubbles, as Mackay stands responsible for erroneously turning “tulips” into a synonym for “bubbles” in our own times – despite overwhelming evidence to the contrary.

Bernstein quotes Christopher Hitchens, a fierce critic of religion and one of the four horsemen of New Atheism, reporting from a 1986 Robertson rally: “[T]here is something frightening about stupidity; more especially, about stupidity in the mass organized form.” We have plenty of parallels in our own times, from bitcoin and Tesla, the GameStop debacle earlier this year, and Jihadi wars in recent years to cultural fads, political movements, and enemies of modernity both organized and individually.

Some of them could possibly turn out real, and then the backward-looking story will be told very differently. Others will surely qualify as raw material for a second volume of Delusions of Crowds.

Sadly, despite a very charming attempt, the ultimate explanation for why some of us, some of the time, go religiously or financially berserk remains to be written.

This article, When Crowds Go Mad, was originally published by the American Institute for Economic Research and appears here with permission. Please support their efforts.