When “Big Business” Revitalizes the Neighborhood 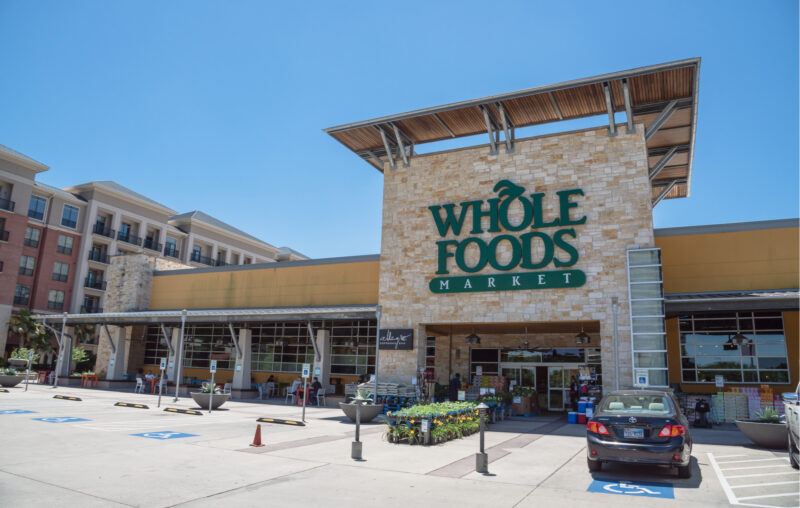 In the Spring of 2017, the Whole Foods located in Washington, D.C.’s Glover Park neighborhood shut down ahead of plans for major renovations. The problem was that the owner of the building in which the high-end grocery store was housed blocked the remodel with lawsuits. What used to be a major lure for shoppers who lived inside and outside Glover Park was suddenly closed. And it remained shuttered for years.

The closure of what was Glover Park’s biggest and most prominent commercial tenant proved more than challenging for the neighborhood. While politicians and pundits talk and write romantically about the nobility of small businesses, the simple truth is that small businesses all-too-often attain vitality from the large. As Cal-Berkeley professor Enrico Moretti has long made plain, the small businesses and the abundant jobs they create are frequently a consequence of the large businesses around which they cluster.

Which was why the closure proved so devastating to the neighborhood’s small businesses. With the primary commercial raison d’etre of Glover Park suddenly shut down, the flow of people into the neighborhood was substantially reduced. The small suffered.

Thankfully for the businesses that survived, the Whole Foods has finally re-opened. The return of Glover Park’s anchor tenant will redound to all businesses in the area, thus exposing in visual fashion the false, but popular myth about small businesses as the “backbone” of the U.S., or any economy. Without dismissing small companies for even a second, those who romanticize them reverse causation. If you doubt this, just think about what you’d prefer to open your imaginary new business next to: an Apple Store or a local Thai food restaurant.

Happily, the genius of the re-opened Whole Foods isn’t just limited to better opportunities for the smaller concepts that surround it. Nor does the myth-slaying stop. You see, the re-opened Whole Foods is an Amazon store, with all the technological advance that the latter entails. When you enter the location, you click on “In-Store Code” from your Amazon App, only to exit with your groceries sans checkout lines. It’s truly amazing.

With cameras tracking you at all angles, your shopping bill is tallied as you add items to the cart. While a grocery store visit has in the past proven time consuming when self-checkout and checkout lines have been long, it’s apparent that Amazon is in the process of automating what used to be labor intensive.

Please think about what the pushing of lines into the proverbial commercial dustbin of history means for customers. It’s not just that they’ll save time. It’s also apparent that Amazon aims to push down the cost of shopping by automating away some of the labor that was formerly necessary in the provision of groceries. This will prove beneficial to Whole Foods customers, and in particular young Whole Foods customers. Indeed, “Whole Paycheck” was long the jokey nickname that some attached to the grocery stores. It’s apparent that Amazon aims to render the chain’s nickname historical.

Which speaks to another myth about commerce more broadly. Read up on prospects for a business or businesses, and so often you’ll come upon the assertion that said corporation’s earnings prospects are good thanks to strong “pricing power.” Yes, according to the typical business journalist, companies relish in “pricing power” that enables them to keep prices higher than they perhaps otherwise would be. Amazon exposes such a view as mindless.

For businesses operating in the real world, abnormally high prices born of alleged “pricing power” are the lure for a competitor to come in and win away major market share. To quote Jeff Bezos himself, “your margin is my opportunity.” In truth, the businesses most successful at pushing prices downward are the ones whose shares enjoy the best returns. In other words, the U.S. technology sector is full of high flyers precisely because they’re relentlessly looking for ways to make the customer experience less and less expensive. “Whole Paycheck” is a pejorative whose days are numbered.

Crucial here is that the cameras tracking shopper purchases won’t just prove beneficial to shopper finances. With the cameras, Amazon is watching us. It’s a good thing. The effort to learn as much as possible about one’s customers is as old as business is. And it’s not a sinister concept. It’s a happy one, and for obvious reasons. With Amazon increasingly able to visualize how we shop, it can increasingly tailor the creation of its retail offerings to meet our unique needs, all the while discovering new ways to enhance the shopping experience.

Some will no doubt say that cameras everywhere amount to “Big Brother,” but the descriptor couldn’t be more wrongheaded. In the dystopia described by George Orwell, government was watching us with an eye on limiting our freedom. It was about harm. With Amazon watching us, it’s engaged in a feverish search for information about us in recognition of the fact that in business, stasis is the path to obsolescence. Since Amazon doesn’t want to lose customers now or in the future, it will spend a fortune in an eternal search for ways to please us to hopefully avoid the fate of Sears, A&P, and all manner of other once-dominant retailers.

With the reopening of Whole Foods, the big in Amazon is bringing energy to a neighborhood that had lost it. It’s also rushing a much better future into the present; one that will force competitors to either advance, or be replaced. If you think you loathe “big business,” think again.

This article, When “Big Business” Revitalizes the Neighborhood, was originally published by the American Institute for Economic Research and appears here with permission. Please support their efforts.

You Need Mental Strength To Launch A Successful Side Hustle