What’s Going On Under the Masks? 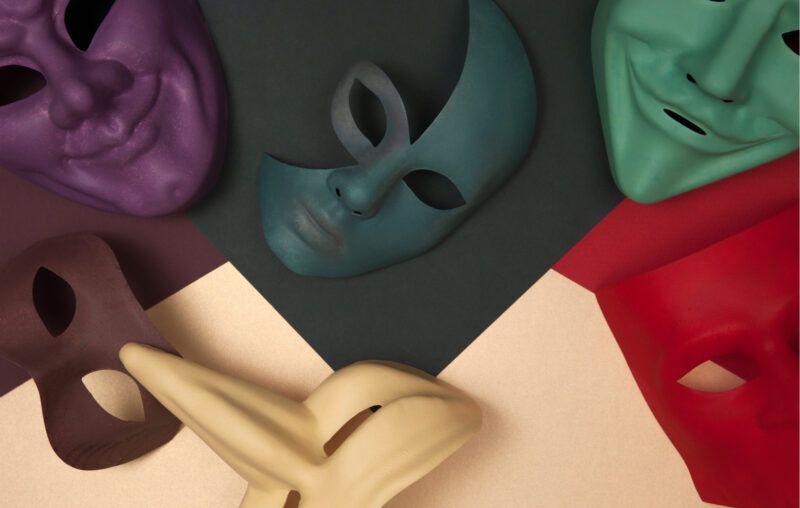 Americans today have pretty good chompers on average, at least relative to most other people, past and present. Nevertheless, we do not think enough about oral health as evidenced by the almost complete lack of discussion regarding the effect of lockdowns and mandatory masking on our mouths.

Maybe people forced to wear masks all day long take better care of their teeth because they have to smell their own breath, but they probably go “nose blind” pretty quickly. Most people brush and floss to avoid alerting others to the fact that they are afflicted with halitosis and UGS (ugly grill syndrome). In short, masking is a close substitute for mouthwash.

Were the disincentive to take care of one’s teeth merely cosmetic and olfactory, the cost of mandatory masking’s effect on dental hygiene would be minimal and fleeting. But, in fact, oral health and general health are intimately linked. If your mouth is full of rot, your health soon will go to pot. I do not want to get into the details, which are gross (IMHO), but if you can stomach it, read Dying from Dirty Teeth by Angie Stone, RDH.

The subtitle of Stone’s book, Why the Lack of Proper Oral Care Is Killing Nursing Home Residents and How to Prevent It, is much more poignant now than when the book appeared in 2015. Its warnings were largely ignored then though more seniors died of poor oral health than died with Covid, outside of the nursing home massacre states like New York and Michigan anyway. (Never forget!)

Safe from the scrutiny of others, if not from the novel Coronavirus, the masked ones, we know, assiduously avoided (or were denied) general medical care in 2020-21. Most people avoid the dentist like the plague in normal times so unsurprisingly office visits to dentists also plummeted in 2020, a full third according to an article in JADA (the JAMA for dentists). Of course visits dropped barely at all in states like South Dakota and Arkansas that allowed robust civil society responses to the pandemic while they dropped by over half in states, like Cali and Joisey, with severe cases of lockdownitis.

While it is possible to “catch up” on certain types of oral disease, missed dental care can also create a negative health spiral, especially in the aged and infirm. We do not know what the long-term effects of the care skipped or delayed by the pandemic lockdowns will be, but serious researchers will need to add estimates of it to their regression models, lest they confuse “long Covid” with “long in the tooth” (due to periodontitis).

If nothing else, the pandemic exposed the weaknesses in the world’s healthcare systems, including those in America’s uniquely stupid model. It has also exposed weaknesses in America’s dental care system, which also has some gross inefficiencies, one of which entails the scope of work that different categories of oral health professionals can lawfully perform.

The RDH after Angie Stone’s name stands for Registered Dental Hygienist. It means that she has successfully completed coursework in an accredited program and passed a national examination related to cleaning other people’s teeth and that she has completed a sufficient number of continuing education credits. According to ZipRecruiter, RDHs average $55,000 to $85,000 a year depending on state.

The average dentist, by contrast, earns $130,000 to $250,000 per year depending on state. Dentists must also obtain a degree (DDS or DMD), pass qualifying examinations, and complete a residency and/or train for one of a dozen dental specialties. Where the RDH specializes in cleaning teeth and gums, the dentist specializes in identifying and fixing damage.

In most jurisdictions, dentists also must supervise RDHs and that is where some inefficiencies creep in. Dentists examine patient teeth after a cleaning to ensure that the RDH did a good job but the RDH is usually the one who spots dental problems because (s)he is the one digging around and many even bring attention to problematic areas on X-rays. Most patients have no problems so the exams turn into feel good sessions or, more notoriously, attempts to drum up unnecessary business.

Most dentists would rather be doing a root canal than jawboning with healthy patients just in for a cleaning but “Oh the inefficiency we create, when first we start to regulate.” Dentists earn rents from the cleaning process by charging patients more than they pay their RDHs, even accounting for their overhead, and justify it on the grounds that RDHs are insufficiently qualified to clean teeth without the dentist being around.

Due to the high opportunity cost of their time, dentists on average offer little of their time in pro bono work, leaving free clinics critically understaffed. Many poorer people therefore do not get the oral prophylactic care they need, which causes dental, periodontal, and eventually general health problems. Many an outrageously costly emergency room visit took root years or decades earlier because state regulators and dentists prevented RDHs from cleaning teeth voluntarily, or on the cheap.

In 2018 though, the U.S. Department of Health and Human Services, in what may be its crowning achievement, endorsed Dental Therapy as a compromise position. Just as Physician Assistants and Nurse Practitioners work in the interstices between nurses and doctors, Dental Therapists (DT) perform duties previously monopolized by dentists, but for less money.

A bunch of states, mostly in the north and west, have already legalized Dental Therapy and a bunch more are currently considering DT proposals. Minnesota led the way. But many states remain wed to the old ways, largely because they have given too much say to dentists who are perfectly happy with their professional monopoly. They claim that DTs are unnecessary or underqualified and that all that is needed to increase access to care are … drumroll please! … bigger government subsidies for dentists.

I was recently honored with an opportunity to review a written debate between an RDH and a DDS about a DT proposal in a state that will have to remain nameless for the time being. The RDH mopped the floor with the DDS by presenting a clear case backed with relevant empirical information while the DDS blustered, at times almost incoherently, straining both logic and credulity in the process. I hope the exchange one day becomes public because it exposes what self-serving argumentation completely at odds with reality looks like. Unfortunately, though, the DDS will likely prevail as the decision-making body in that state is composed mostly of dentists eager to protect their six-figure incomes.

Just as masks hide the condition of people’s mouths, so too do various commissions hide special interest policymaking. America needs to return to the commonsense view that regulations ought to have a solid empirical basis: a claim about the real world supported by data and the best available theory, not bureaucratic or commercial self-interest. Then Americans would have had DTs and no mask mandates and better teeth, gums, and overall health.

This article, What’s Going On Under the Masks?, was originally published by the American Institute for Economic Research and appears here with permission. Please support their efforts.