What’s Become of the Overton Window? 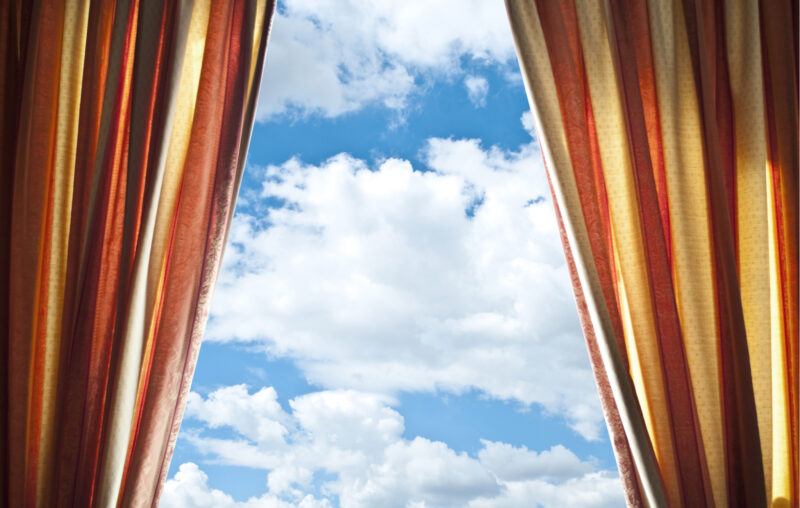 The Overton window (OW), or window of discourse, is a heuristic device that centers on current public policy and portrays alternative policies that increase (up) or decrease (down) individual freedom, ranging from “popular” to “sensible” to “acceptable” to “radical” to “unthinkable.”

The OW shifts over time, lamentably generally downward, but sometimes, as during the Reagan Revolution, upward. Sometimes the OW is narrow, meaning that only a small range of policy options are seen as acceptable or better. Other times, the OW widens at both ends. A shattering of the OW connotes a situation where “anything goes.”

National and state constitutions can be viewed as attempts to lock the OW in place on some issues, like freedom of speech or the right to bear arms. Constitutions are not supposed to dictate specific policies, but to constrain policymakers from implementing what were considered radical or unthinkable policies at ratification. When constitutional checks and balances break down, the OW shatters and anything, from facism/communism to anarcho-capitalism, becomes feasible.The OW is most usefully applied to specific policy areas because sometimes it is moving up in some contexts, widening in others, and moving down and closing in yet a third.

If AIER cannot move the OW of a specific policy up, towards more individual freedom, it seeks to widen it so that policy proposals that increase individual freedom are at least “on the table,” or in other words are counted at least as “acceptable” in policy circles. As Milton Friedman once wrote, the basic function of policy pundits when not in power is “to develop alternatives to existing policy, to keep them alive and available until the politically impossible become the politically inevitable.”

Did Covid and the policy responses to it, the George Floyd demonstrations/riots, the 2020 election and the events of 6 January, CRT in the K-12 classroom, and the new Texas abortion law shatter the Overton window, shift it upward or downward, or open it wider at both ends? Some liberty lovers think that the OW shifted upwards but it seems to have widened, opening up both opportunities and threats for individual freedom, in at least five key policy areas: healthcare, policing, voting, education, and self-ownership.

On the up side, doctors are again making house calls, at least virtually. Remote medicine saves time and money and reduces the risk of spreading disease and maybe even carbon emissions. Why make somebody suffering from a gout flareup drive a half hour and then wait in the same room with someone with a contagious disease? I asked that for years to no avail before Covid came along, finally pushing regulators to allow doctors to see patients online. What was previously “radical” became commonplace overnight. Many other aspects of our healthcare system that only help doctors or make hospitals more profitable need to be reformed, too. Now reforms can be broached by “waving the bloody shirt” of Covid-19.

On the down side, some HCPs deny critical healthcare to patients who refuse to wear a mask or take a new type of “vaccine” rushed through trials (a product that before the 2020 election some of the nation’s current leaders adamantly claimed was unsafe). Denying medical treatment on the basis of vaccination status or other personal medical matters was largely unthinkable before the pandemic.

Nonetheless, some policies still seem too “radical” to be discussed in Washington. My oft-repeated suggestion that regulators ought to allow large mutuals to issue combination health-life insurance policies, so that those powerful companies have incentives to keep their insureds healthy and alive instead of sick and medicated, is one of them. But many others calling for deregulation of healthcare and health insurance by John C. Goodman, Sean Masaki Flynn, and others, also largely remain outside the OW.

On the up side, there seems to be a growing consensus that the police cannot protect everyone all the time, so maybe the Founders were right about the importance of bearing arms. Most states now have constitutional carry provisions, which automatically allow citizens to carry firearms in public concealed or openly, or “shall issue” provisions for concealed pistol permits. And SCOTUS appears poised to end the restrictive “may issue” regimes in New York, New Jersey, and elsewhere that prevent law-abiding citizens from protecting their persons and property outside of their homes.

On the down side, it seems that anyone who disagrees with the policies of the current administration runs the risk of being labelled a racist domestic white supremacist terrorist by said administration. Defunding local police, while simultaneously increasing the importance of federal LEOs, does not augur well for individual freedom. Instead of chanting “Let’s go Brandon,” Americans would surely be marching on Washington were they not afraid of being harshly treated like some January 6 protestors apparently have been.

But again, some policies, like my calls to develop long-range, non-lethal personal defense weapons and assign a public defender to every beat cop, have not gained traction. It is as if reducing criminal activities while minimizing unjust police actions, from shootings to framings, is not “popular” enough for the OW.

On the up side, it has never been easier to vote in America. Some states automatically mail ballots to voters now, and requiring photo identification at the polls is frowned upon. Voting has become so easy that even some dead people are doing it, and some voters are casting more than one ballot. A few might be casting tens of thousands of votes via various nefarious techniques, yet unproven in court.

On the down side, some voting rules were implemented unconstitutionally, by judges and governors instead of state legislatures, as mandated in the US Constitution. Article I, Section 4, Clause 1 states that “The Times, Places and Manner of holding Elections for Senators and Representatives, shall be prescribed in each State by the Legislature thereof.”

At the same time, some policies, like sortition/lottocracy/demarchy (random selection from qualified candidate pools) remain off the table even though they would solve voting issues (because there would be selections instead of elections) and also the problem of buying influence through campaign donations and dark money PACs. So, again, the OW has widened but remains unbroken.

On the up side, due to mask mandates and CRT and other curricular crackpotism, lots of parents are shifting their kids to homeschooling, pod-schooling, or charter, parochial, or other private schools. Interest in School Choice, where funding follows the student, has surged, and a bill requiring it even passed the Michigan legislature.

On the down side, many politicians now seem to think that government school systems can do whatever they want to students without rhyme or reason, regardless of parental desires or “the” science. Anyone opposed to governmental control is considered a racist, an anti-vaxxer/flat earther, and/or a domestic terrorist.

In higher education, Hawaii is considering limiting tenure criteria to just teaching and including administrators in post-tenure review, both of which would decimate academic freedom. At the same time, though, massive declines in enrollments — 15 percent in California’s community colleges for example — are forcing universities and the policymakers who regulate them to rethink recently enacted policies that infantilize students with mask, vaccine, and speech mandates and lowered expectations.

But again we know the OW, while wider than a while ago, is still intact because calls to establish a parallel university system outside of the current accreditation and student loan systems go unheeded at the policy level, even as educational innovators push forward with plans to form new universities dedicated to academic freedom and the pursuit of truth.

On the up side, some states have affirmed that individual Americans still own their own bodies and hence have the right to refuse vaccination.

On the down side, the federal bureaucracy seems to think that it can bypass Congress whenever necessary to implement its desires, even ones of dubious rationality, through executive orders and bureaucratic decrees. And Texas policymakers have concocted a new approach to attack bodily autonomy through private lawsuits that, if allowed by SCOTUS and applied to other areas, could turn the nation into an authoritarian dictatorship by creating a mechanism for avoiding the judicial review of state policies.

Yet even here some policy options remain outside the OW. Technically, America could ban abortion while decriminalizing infanticide, but just try starting a serious discussion about that!

While a smashed OW might seem desirable because it would allow for the serious discussion of many more policy options, it could prove dangerous if options that stifle individual freedom are implemented. According to Alex Salter, full-blown socialism is not yet within America’s OW. In other words, count yourself lucky that the OW has merely opened wider rather than been demolished.

Shifting the Overton window upward toward more individual freedom should be the goal of liberty lovers as it would offer policy choices that infringe on individual freedom no more than absolutely necessary to achieve the goals spelled out in the US Constitution’s Preamble. Maybe the 150 or so libertarians just voted into office will work on shifting the window of discourse upward?

This article, What’s Become of the Overton Window?, was originally published by the American Institute for Economic Research and appears here with permission. Please support their efforts.