What You Can Learn On a Long Walk to American Girl 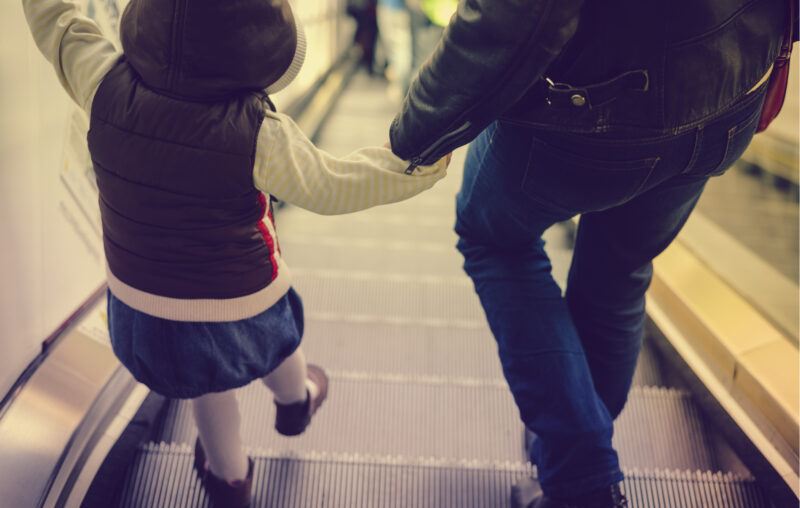 “You Are Here.” Anyone who’s read a map at a shopping mall is familiar with the phrase. In my case, either I’m incapable of figuring out these maps, or too lazy to. I’d rather ask how to find whatever it is I’m looking for, only to ask again.

The nice thing with the truly big stores in malls is that no map is required. Signage throughout any shopping center points customers to the large commercial names. They’re never difficult to find.

That they’re easy to locate is telling. It’s a reminder that while politicians, pundits and economists spout feel-good nonsense about how “small business is the backbone of the U.S. economy,” reality reveals something entirely different.

In truth, small business is a consequence of big business. Without big, globally known, anchor style businesses, small businesses would face much more challenging odds when it comes to actual survival. A recent walk to American Girl helps explain why this is true.

At the major shopping mall in Tysons Corner, VA (a growing city right outside of Washington, D.C.), American Girl is one of those major brands that rates signage pointing shoppers to its location. Notable here is that from where I routinely enter the mall with my daughter, American Girl is quite the walk. This is by design.

The long walk to this much-worshipped producer of dolls, doll accessories, and clothing means that shoppers like me pass all manner of other retailers on the way. And there are many. Beltmakers, stuffed animal makers, an electric car company not Tesla, lesser known furniture stores, and on and on. American Girl is the lure, but on the way to the lure shoppers notice all sorts of other businesses. And signage. In our case we saw that The Grinch Who Stole Christmas musical will be shown from November 23rd to December 5th in Washington, D.C. We’ll be going. Our walk to American Girl ensures just that.

Thinking beyond American Girl, any shopping mall also has signs throughout directing shoppers to Macy’s, Nordstrom’s, and other large, national brands like those. Call them “anchor tenants” in the way that American Girl is an anchor at one end of the Tysons Mall. Without these anchors, malls would fail.

The big-name businesses are the attraction for shoppers in size amounts, only for shoppers patronizing the big to discover smaller retailers. Some of the small can’t even claim their own store space. Just as hot dog vendors on the streets of New York are kept in business by humans in transit to the offices and retailers that line NYC’s streets, so to do malls rent out space in their walkways to much smaller, often more local business concepts hoping to catch the eye of walkers rushing to the name tenants.

It cannot be stressed enough that without the very large and well known, the very small and lesser known would have no hope. Nothing against small businesses (all businesses start small, after all), but this weird need within the deep-in-thought to attach nobility to what’s small is so trite and ridiculous. Furthermore, it insults reason. There’s quite simply no evidence that small businesses are the “backbone” of any economy. They’re an effect of a growing economy.

Which brings us to AMC. The movie company can more often than not claim substantial space in shopping malls. This is certainly true in Tysons Mall. The AMC 16 is rather massive. It rates the signage that American Girl, Macy’s, and others do.

AMC’s very visible and easy-to-locate presence is a reminder of the truth about big businesses facilitating the prosperity of the small, after which it’s more than that.

In order for AMC to attract customers, it must show movies that customers are interested in seeing. Put another way, a lack of blockbuster films produced by U.S. movie studios has a downstream economic impact. Fewer blockbusters means reduced mall traffic, and subsequently fewer customers for businesses not AMC to flash their wares to.

It’s something to think about as the contemplative (conservative edition) get all revved up about “culture wars” meant to push back against “Hollywood” and “coastal elites” who supposedly don’t understand us, who hate us, and who most of all hate conservatives. Such a view is similarly trite, in addition to its revealing a limited understanding of how successful entertainment enterprises operate.

The simple truth is that Hollywood understands “Middle America” or “Real America” much better than the politicized proponents of the same do. If the movie industry did not, it would be in desperate shape. Indeed, if it were only making movies that its creatives like, and that are enjoyed by a small sliver of moviegoers (think “independent” or “art house” films), then movie theaters would be in desperate shape for reasons beyond lockdowns. More broadly, you’ll find independent movie houses in shopping malls less often than you’ll find AMCs precisely because the former aren’t magnets for masses of shoppers that blockbuster movie theaters are. Not only do big businesses keep malls and small businesses afloat, it’s big, mass appeal movies produced by a supposedly indifferent entertainment industry that help lure patrons to the businesses that are big and small.

It’s all something to think about. Shopping malls offer economic truths beyond their just being shopping locales. They’re in reality economic ecosystems that explain how economies work well outside their walls. A long walk to American Girl vivifies this truth with ease.

This article, What You Can Learn On a Long Walk to American Girl, was originally published by the American Institute for Economic Research and appears here with permission. Please support their efforts.