What Should Be Done to Fight Inflation? A U.S. Lawmaker Interviews Two Michigan Economists 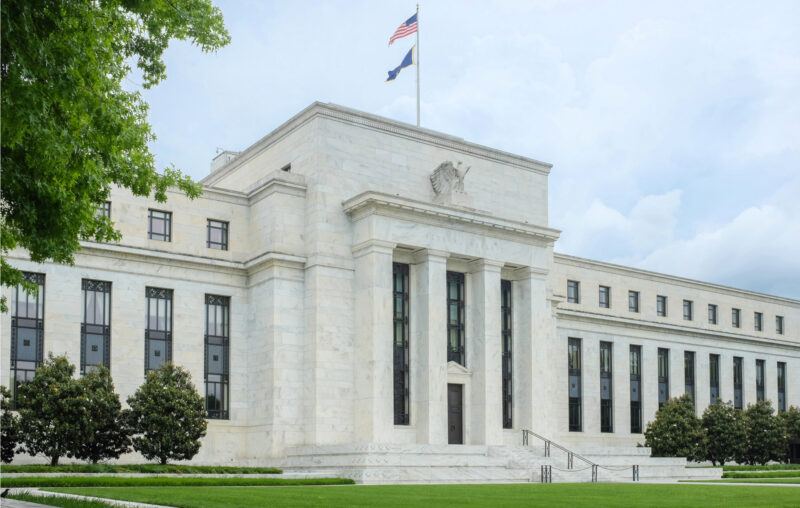 The following is a recent discussion between US Congresswoman Lisa C. McClain, Northwood University Economics department chair Dr. Dale C. Matcheck and Dr. Timothy G. Nash, director of the McNair Center for the Advancement of Free Enterprise and Entrepreneurship at Northwood University. The conversation centered around recent comments by US Federal Reserve Bank Chairman Jerome Powell, and how the Federal Reserve intends to bring our 40-year high inflation rate down to levels prior to 2021.

Matcheck: Sure, Lisa, it’s great to be here. Inflation is the decline in a country’s currency purchasing power over a sustained period of time. Inflation is reflected in an increase in the average price level of goods, services, and assets. The best-known yardstick to measure US inflation is the Consumer Price Index or CPI.

McClain: Tim, your and John Hantz’s late January inflation piece in The Detroit News underscored why it’s so important to discuss Milton Friedman when determining the cause of inflation and how to battle it. Especially topical, given our current inflation rate is at a 40-year high as measured by the CPI.

Nash: Thanks, Lisa. Milton Friedman is still important and relevant today, because he was widely regarded as the world’s greatest scholar and historian of US monetary policy. Dr. Friedman famously said, “Inflation is always and everywhere a monetary phenomenon that is produced only by a more rapid increase in the quantity of money than output (goods, services, and/or assets).” If Dr. Friedman were alive, he’d blame our current inflation on the US Federal Reserve Bank’s excessive and recent expansionary monetary policy over the last few years. I believe Friedman’s cure for our current inflation rests with the Fed’s ability to control and reverse its recent expansionary monetary policy. This will need to happen soon, as annualized US inflation at the end of December 2021 measured by the CPI was 7 percent, measured by the Producer Price Index or PPI was 9.7 percent, and measured by import prices was 10.4 percent. These are all at or near multi-decade highs. Then on February 10th, the U. S. Bureau of Labor Statistics (BLS) released the January 2022 CPI data which now shows inflation growing at a year over year rate of 7.5 percent, which you correctly noted is a 40-year high. On February 15th, the BLS released the January PPI which came in at 12.7 percent on an annualized basis, double the expected rate. While import prices increased 10.8 percent in January according to the BLS.

Matcheck: Friedman was also one of the first economists to point out that “Inflation is taxation without legislation.” As wages and salaries increase to keep up with the cost of living, it pushes people into higher tax brackets even though their standard of living has not increased. The inflation generates extra revenue for the government but reduces taxpayers’ real purchasing power.

Nash: Another way Friedman described inflation was as the cruelest of all taxes as it is a hidden tax and harms the poor the most. He pointed out that whether you are paying more to the government or not, as prices go up, consumers, especially those on fixed incomes, suffer reduced purchasing power and are worse off. A secondary effect of inflation is that politicians will often blame higher prices resulting from inflation on “greedy” business owners, when the root cause is always government monetary policy. President Biden committed this error again in his recent State of the Union Address. In fact, even though businesses are charging more for their goods or services with inflation, their profit margins are often declining, and their business stability is weakened.

McClain: Alright guys, tell America what should be done to fight inflation.

Matcheck: Well, Lisa, while supply chain problems have exacerbated the situation, the root cause of the recent inflationary pressure is too much money in circulation chasing relatively too few goods, services and/or assets, resulting in sustained rising prices. The antidote is for the Federal Reserve to reduce the supply of money relative to output. I agree with Scott Minerd, chief investment officer at Guggenheim Partners who in late January stated the US Federal Reserve Bank should shift its focus from controlling interest rates to reducing the size of its balance sheet. Minerd’s diagnosis follows Friedman’s logic about inflation. The reason our money supply has increased is that the Fed’s balance sheet is now at $8.9 trillion, more than doubling over the last four years. This rapid increase was caused by the Fed’s purchases of US government securities ranging from Treasury bills to mortgage-backed securities, which it pays banks for with existing or newly created dollars. The banks then inject that money into the economy via loans and other forms of investment. Conversely, the US money supply shrinks when the Fed sells securities to banks. That’s what the Fed needs to do now.

McClain: Tim, do you agree with Dale?

Nash: Absolutely. I’d even go a little bit further by stating the Federal Reserve should let the market determine interest rates and have the Fed concentrate on shrinking its balance sheet. I have faith in the market to determine interest rates. It is important that the Fed act now as preliminary data for fourth quarter 2021 US GDP came out at the end of January with US GDP up 6.9 percent for the fourth quarter of 2021, much higher than the 5.5 percent most economists were expecting, and up substantially from 2.3 percent growth in Q3 2021.

Even with impressive fourth quarter growth, the Fed has decided to continue buying bonds and expanding its massive balance sheet, which could be more than $9 trillion by the time the Fed meets again March 15-16.

It’s difficult to justify the Fed’s keeping interest rates at zero, buying bonds and growing its balance sheet for at least another week, while expecting inflation will not rise above 7 percent. With the economy strong, the Fed should act now to battle inflation by contracting its balance sheet. Unfortunately, it may be too late for the Fed to get inflation under control while avoiding a recession in late 2022 or early 2023.

Nash: I agree with Dr. Matcheck, and recommend the article Scott Minerd wrote that Dale and I reviewed entitled “Forget Raising Rates, Shrink the Balance Sheet.” Minerd strongly supports allowing the market to determine interest rates with the Federal Reserve’s focusing on contracting its balance sheet. He aligns what is happening now to other US inflationary periods, and points to successful policies used by then-Federal Reserve chairman Paul Volcker to combat inflation in the 1970s and early 1980s. While Volcker’s actions were too late to avoid the US recessions of the early 1980s, the good news is they were short and the economic growth that followed was one of the most impressive expansions in US history. Let’s hope the Fed makes the right decisions, acts quickly, and that it’s not too late.

McClain: How does Treasury Secretary Janet Yellen’s Modern Supply-Side Economics (MSSE) as a tool to fight inflation and grow the economy hold up?

Nash: I believe Secretary Yellen’s position that America should increase government spending as a way to grow the economy and reduce inflation is wrong. First, Secretary Yellen seeks to redefine traditional Supply-Side Economics, which is based on decades of experience showing that low tax rates and private sector investments result in the creation of the majority of economic and job growth in a free market economy. Second, Yellen with her theory of Modern Supply-Side Economics, leads us to believe that government spending on things like green energy and new medical programs will drive economic growth while reducing inflation. I see no evidence it has or will work. In fact, I agree with Phil Gramm and Mike Solon, in their aptly titled February Wall Street Journal editorial, “The Folly of Modern Supply-Side’ Economics.” In the article, Gramm and Solon noted Europe has been practicing MSSE for the last 20 years with poor results, leading to higher levels of government programing and consumption of GDP than in the US over the same period. Their analysis shows Europe has grown at an average real GDP annual growth rate of 1.57 percent over the last 20 years while the United States simultaneously grew its average real GDP at 2.1 percent annually, just over 33 percent higher per year. In addition, the US unemployment rate at the end of December 2021 was down to 3.9 percent at the same time the European Area unemployment rate was 7.17 percent.

McClain: Gentlemen, thank you for your insights. I will share these with my constituents and Americans in general. Hopefully, the Federal Reserve heeds your advice and that of Mr. Minerd as key staples like general food prices are now increasing annually at 7.5 percent while the price of gasoline has risen almost 50 percent since February of 2021. Equally important is that we need to better manage the size and scope of government. Inflationary monetary policy should not be used to finance government, but rather be reserved to surgically deal with a rare and extraordinary crisis, such as our current pandemic.

This article, What Should Be Done to Fight Inflation? A U.S. Lawmaker Interviews Two Michigan Economists, was originally published by the American Institute for Economic Research and appears here with permission. Please support their efforts.