What If a Great Crypto Crash Is Coming? 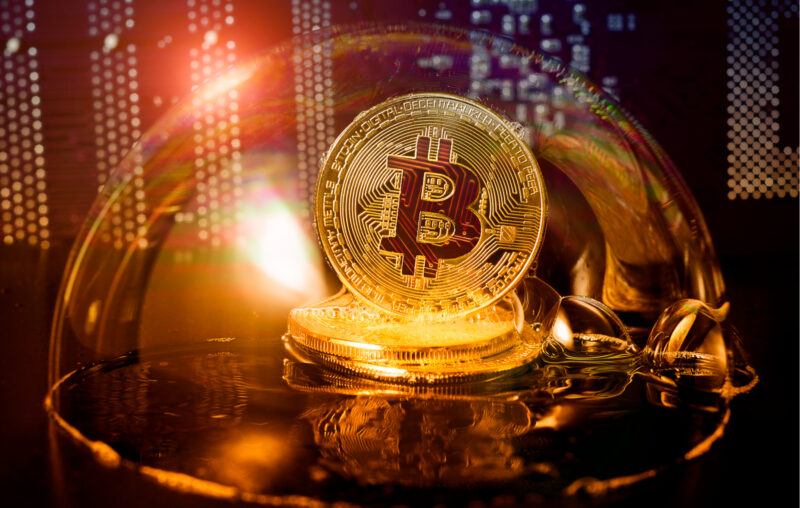 In 1929, Ludwig von Mises rejected a job offer for a high position at the Austrian bank Kreditanstalt. He believed that a great crash was coming and didn’t want his name associated with it. Since then, economists of the Austrian school have successfully managed to avoid association with any economic crash. To prevent association with future crashes, Austrians should now warn about the Bitcoin boom, which has reached new heights in 2021.

It’s indeed impossible to deny the success of Bitcoin as an investment. No asset in world history has appreciated faster than it, apart from perhaps other cryptocurrencies. It boasts a market cap of about $1.1 trillion, with the total market cap for all cryptocurrencies being close to $2.5 trillion. It has created huge fortunes for early investors and even many latecomers. The scores of economists and pundits who predicted its imminent collapse have been proved wrong.

With regard to its promise of a new money, it has not performed as well. Apart from El Salvador, where companies are forced to accept Bitcoin by government decree, there are few places where Bitcoin or cryptocurrencies are accepted in trade. Its high cost and slow speed have not allowed it to challenge the other moneys of the world in a meaningful way. Some say these problems are solved by the Lightning Network, but nevertheless, Bitcoin is very seldom used as a medium of exchange. Bitcoin is now as close to, or as far away from, being money as it has ever been. Whether its technology improves, there are nonetheless three significant reasons, grounded in Austrian theory, to consider that this might be a boom:

The Austrian theory of the business cycle explains that an injection of money through the credit system will make large projects, requiring huge amounts of capital and time, seem more economically promising than they really are. After a time, it will be clear that these projects are unsustainable, and investments in them will turn out to have been a waste of resources.

The jury is still out on the sustainability of Bitcoin. Whether it will become money remains to be seen, and all signs point to this happening, if indeed it does, in a distant future. It benefits from the credit expansion carried out by central banks all over the world. It is unlikely that an unhampered market, where time preference places a discount on projects whose success is far away, would have put such a high price on Bitcoin.

2) The market economy benefits the consumers – but Bitcoin hasn’t

While the Austrian economist Ludwig von Mises is most often recognized for the above-mentioned Austrian business cycle theory, or his theorem on the impossibility of calculation under socialism, his general view of the market economy is also highly instructive.

According to Mises, the market economy is not geared towards the enrichment of capitalists, but instead the betterment of consumers. It is the consumers who are the great winners in the market economy, as they are showered with high-quality products for low prices.

But despite Bitcoin history now stretching over 12 years, any great improvements for the masses (with the notable exception of darknet markets) are yet to be seen. In addition to transactions being slow and expensive, they are quite complicated to make. And a single mistake in handling one’s bitcoins can prove fatal. It’s estimated that approximately 20% of all existing bitcoins are lost. Such an accidental deflation surely increases the price, but it is very far from the customer friendliness that otherwise characterizes the market economy.

In the initial years of Bitcoin, there was some debate regarding whether an asset with no “industrial” use could even become a medium of exchange. As Bitcoin proved this was at least possible, the topic simply dropped from conversation. But we should admit that although we now know that something with very limited use can be used as a medium of exchange, it likely will not be.

The Austrian economist Carl Menger provided an elegant explanation of how money emerges from people’s trading and striving to acquire goods with higher saleability. In this manner, the emergence of money becomes quite simple, requiring no government intervention or technological brilliance. With little to no practical use, the saleability of Bitcoin becomes lower, and it will be hard for it to become money in the easy way described by Menger.

The website bitcoinisdead.org provides a list of people who have predicted the death of Bitcoin. It is possible that this warning in hindsight will seem as wrong as the earlier ones. Yet, it should be noted that most of the earlier criticism was aimed at irrelevant matters, such as Bitcoin’s being used by criminals. Instead, the problem is rather that after 12 long years, Bitcoin is not used by many more than criminals (if even they still use it). Were the world to experience a new economic downturn, there is a great possibility that this lack of consumer use will show the current valuation of Bitcoin to have been a bubble.

If this happens, a lot of retail investors will suffer. Unlike most other crashes, this time there will be no bailouts. The result could be bitterness and hostility in the years following the crash.

This article, What If a Great Crypto Crash Is Coming?, was originally published by the American Institute for Economic Research and appears here with permission. Please support their efforts.