What Economics Can Tell Us About Mandating Vaccines 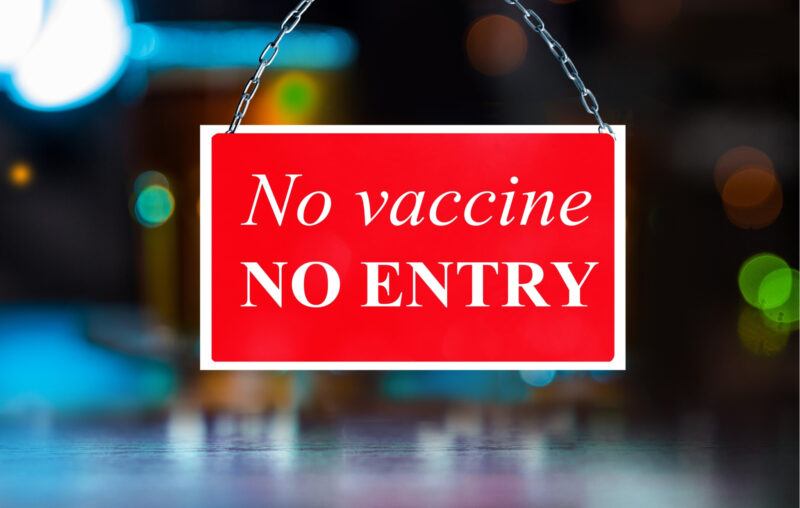 The origin of the Covid vaccine lies with epidemiology. But the question as to whether the vaccine should be mandatory begins with economics.

From an economics perspective, contagion is identical to pollution. A factory belching pollutants into the air is no different from a contagious person spreading disease in a public space. One might argue that a factory owner knowingly belches pollution while a person may not be aware that he is contagious. That distinction mitigates, but doesn’t eliminate, culpability. A gas station owner who takes appropriate precautions in burying and maintaining underground storage tanks is, nonetheless, responsible for damages caused to others if those tanks leak. Whether the owner is aware that the tanks are leaking is irrelevant.

Factory pollutants and leaking gasoline create negative externalities – harms imposed on others. To economists, negative externalities are a serious problem because, in a free market, they encourage the overproduction of the good that creates the externality. Permit fracking to pollute groundwater, and the free market will undertake more fracking than is socially optimal because the companies don’t have to pay the price for their pollution.

Even the staunchest free-market economists agree that government intervention in markets can be beneficial when the intervention corrects for negative externalities. For example, noise ordinances can prevent neighbors from imposing the cost of loud noise on each other. Smoking bans can prevent smokers from imposing second-hand smoke on non-smokers. Carbon taxes can dissuade manufacturers from releasing greenhouse gasses.

But regulations aimed at correcting externalities can make matters worse if those regulations are incorrectly applied. For example, to reduce the negative externality of automobile air pollution, Mexico City restricted the days on which people could drive cars. In response, people adjusted their behaviors by buying second cars to drive on days when their primary cars were prohibited, and by taking taxis that were less environmentally friendly than the average car. The result was that automobile pollution didn’t change. When combined with people’s reactions, the regulation intended to reduce pollution had no effect.

But what form should the government’s involvement take?

Post hoc intervention (i.e., government action after the harm occurs) is appropriate when damages can be recovered. The simplest way to handle this is through a tort system in which the government forces the defendant to make recompense to the plaintiff. But what if damages can’t be recovered? For example, what if a defendant causes $10 million in damages, but has no insurance and is unlikely ever to come up with enough money to pay recompense? In this case, a priori intervention (i.e., government action before the harm occurs) can be appropriate. This is exactly the solution we have evolved with DUI laws. A drunk driver who kills a person creates an unrecoverable cost. There is no amount of money the driver can pay to compensate the victim’s family for the harm the driver imposed. The solution we have evolved is to make DUI a crime even when the driver harms no one. The government intervenes before the harm can occur so as to reduce the likelihood of the driver creating an unrecoverable harm.

This brings us to mandatory vaccinations. If the harm that a contagious person can impose on another constitutes an unrecoverable cost, then it is appropriate that government intervention occur ex ante– before the harm occurs. A possible form of intervention is to require that people who walk about in public be vaccinated.

This is where the economics argument ends. Whether and by how much a contagious person increases the likelihood of mortality for others, whether that likelihood varies by person and circumstance, to what extent a vaccine mitigates that likelihood, and what harm the vaccine may cause to the vaccinated person are all important questions that go beyond the scope of economics.

What economics clearly tells us is that, at its root, the question of whether any vaccine should be mandatory revolves around property rights.

This article, What Economics Can Tell Us About Mandating Vaccines, was originally published by the American Institute for Economic Research and appears here with permission. Please support their efforts.