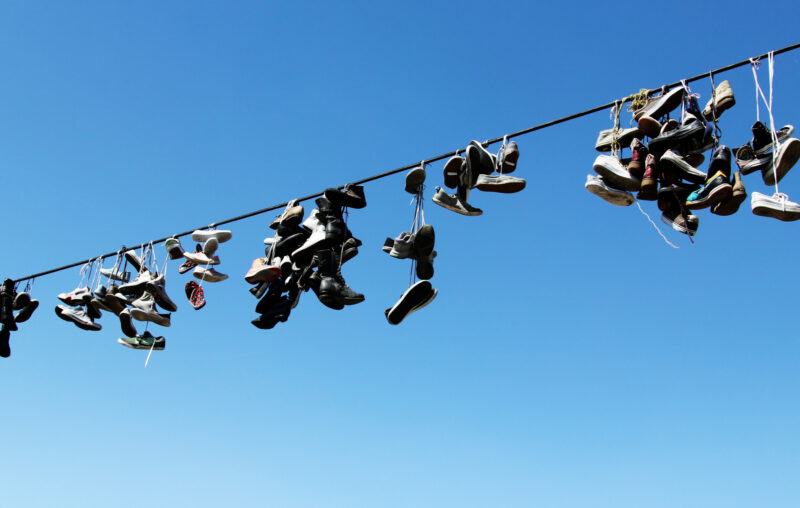 In a recent social media exchange that I was engaged in regarding the January 6, 2021 Capitol protests (or insurrection, take your pick), accusations of “whataboutism” flew fast and furious. The discussion was prompted by a matrix meme showing planes hitting the World Trade Center in one quadrant and tipped lawn chairs in another. The gist of the picture was to illustrate how different people viewed the chaotic events that took place as Congress sought to certify the 2020 presidential election. Some folks saw it as one of the worst episodes in American political history whereas others viewed it as just another day in the life.

A point that I made in the thread was that the actions of the protestors (or insurrectionists, take your pick) were understandable given that protesters invaded Seattle City Hall (on the “invite” of a council member) just the summer before. Additionally, protesters in the same city occupied six city blocks and a police precinct for roughly a month, declaring an autonomous zone. I also noted the tumult in Portland that included setting the county government building on fire. Those statements prompted an accusation of “whataboutism.” Other individuals on the thread were also tagged with “whataboutery” for making similar analogies.

“Whataboutism” is an argumentative technique that seeks to draw an analogy between two or more incidents in order to mitigate the severity of one incident. It is also used to point out hypocrisy in someone’s argument. As the Merriam-Webster online dictionary notes, whataboutism “is considered to be a logical fallacy, because whether or not the original accuser is likewise guilty of an offense has no bearing on the truth value of the original accusation.”

Squabbling siblings often resort to whataboutism to evade punishment for some wrongdoing. “Why am I getting punished for egging the neighbor’s house?! What about when Billy drew on the walls last week? Not fair!!”

Fair enough. Whataboutism probably is not the best rhetorical technique to use in scholarly (and non-scholarly) discussions. But the increasing use of whataboutism may be indicative of broader political and social problems.

Although counted as a fallacy in debate, understanding why people fall into the whataboutism pitfall may help us understand why people do the things they do. My point in noting that the January 6 Capitol occupation was similar to recent events in Seattle and Portland was done in an attempt to understand why those protesters did what they did. I wanted to get inside their heads and see the world as they did. I was not attempting to justify their actions, but rather to explain them (as a good social scientist should do).

To understand the use of “whataboutism” let’s start with a basic social fact: The world is filled with uncertainty. Each day we are presented with decisions that have indeterminate outcomes. Naturally, people would prefer making decisions under less uncertainty.

Humans try to mitigate uncertainty in a number of ways, including relying upon social norms and/or following legal/regulatory codes written by government. If all these sources remain stable, the outcomes of our decisions become more predictable. Predictable outcomes also minimize disharmony and conflict.

Consistent enforcement of violations of social norms and laws is critical for maintaining their stability and legitimacy. Indeed, this is the basis for the rule of law. If violators of norms or laws are punished in a consistent manner, people will see these rules as more legitimate. They may not like the laws, but so long as enforcement is meted out fairly, individuals will typically accept the rule as is and seek to change it via peaceful, conventional means.

But if social norms and laws are enforced inconsistently, uncertainty results. If some individuals (or set of people) are seen “getting away” with a transgression on a regular basis, others will begin wondering whether the rules no longer apply, including to themselves. More rule breaking is likely to occur if one thinks enforcement is arbitrary. Alternatively, if some people are penalized for violations while others are not – especially if this happens frequently – resentment, anger, and conflict will result.

To that end, whataboutism is a symptom of the inconsistent application of social norms and the rule of law.

Of course, whataboutism may be invoked in a one-off situation. Perfect consistency in the enforcement of laws cannot be expected when humans are in control and there will invariably be a few outliers which someone can point to and ask, “But what about that case?” If it is truly a one-shot misapplication of the law, most people will not be too concerned. The bigger problem is when there are a large (and growing) number of cases that whataboutism can be applied.

There has been no shortage of instances of inconsistent application of norms and laws over the past few years. Selective enforcement of Covid-mitigation policies epitomizes inconsistency and bolsters whataboutism.

What about all of that?! High-profile violations of public health policies being imposed on the majority of citizens certainly fed the whataboutism beast throughout 2020 and beyond.

One might argue that these examples were health care-related and do not apply to the political protests that occurred in Washington DC on January 6, 2021 and that those actions were unprecedented in our nation’s history.

But what about the previous four years of never-ending media stories of Russian interference into the 2016 election? While one might dismiss this whataboutism by noting it was the president who encouraged protests on January 6, those protesters could reasonably point to and ask what about constant Congressional hearings and independent counsel investigations to find impeachable offenses related to election malfeasance or anything else that could be dug up? All of this landed with a big dud and Congress moved into other territory to find impeachable offenses aimed at the president, all of which could easily appear as a never-ending witch hunt.

I am not writing here to pass judgment regarding whether Trump was guilty or innocent in prompting the January 6 protest, nor to question the legitimacy of the Congressional hearings into Russian interference. (I am sure there will be some readers who try to read this into my argument here and I brace myself for the blowback.)

Moreover, I should note that the hypocrisy that generates whataboutism is not the bailiwick of one party (as some of the examples above note). Elites across the ideological spectrum have shown a tendency to issue rules and promote social norms for the commonfolk while failing to live up to those standards themselves. (See here and here, for just some examples.) I simply note that there appears to be a solid basis for individuals to think that standards being applied to them were not applied to others. If citizens are feeling increasingly bamboozled, it should come as no surprise.

The bigger issue to think about here is how consistent our elite institutions and policymakers have been in applying and enforcing social norms and legal codes across the population. If such consistency is indeed breaking down, that is something that needs to be addressed seriously. An increase in whataboutism is the canary in the coal mine, and that bird is not looking all that healthy.

What to Do about Whataboutism?

We probably can expect whataboutism to continue into the future. There are two reasons for this.

First, the number of laws and regulations continues to grow, making it more difficult for citizens to know and understand what their government requires of them. More importantly, those in charge of monitoring and enforcing adherence to the law will also find it more difficult to apply the complex array (of often cross-cutting) laws consistently. Even the most well-intentioned policymaker and judge will find it difficult to adhere regularly to the rules imposed upon others – all the more fodder for whataboutism.

Second, as government expands in its size and scope, the stakes of winning elections and controlling the levers of power will also increase. If violating the norms and laws of our electoral system can give you a competitive edge, shenanigans are sure to arise. And once in power, the temptation to apply policy to benefit your cronies over others, and enforce the rules selectively, only grows.

Despite this gloomy forecast, I urge readers and fellow scholars not to jump too quickly to accusations of whataboutism, particularly when citizens are questioning the legitimacy of the government ruling over them. When the cry of “Well… what about X?” arises in argumentation, it is a good time to step back and evaluate the claim through the eyes of others. It may be that the claim holds no merit. Alternatively, it may open our eyes to bigger problems that we’ve failed to notice.

So… what about that?

This article, What About “Whataboutism?”, was originally published by the American Institute for Economic Research and appears here with permission. Please support their efforts.