We Need a Free Market in Legal Services 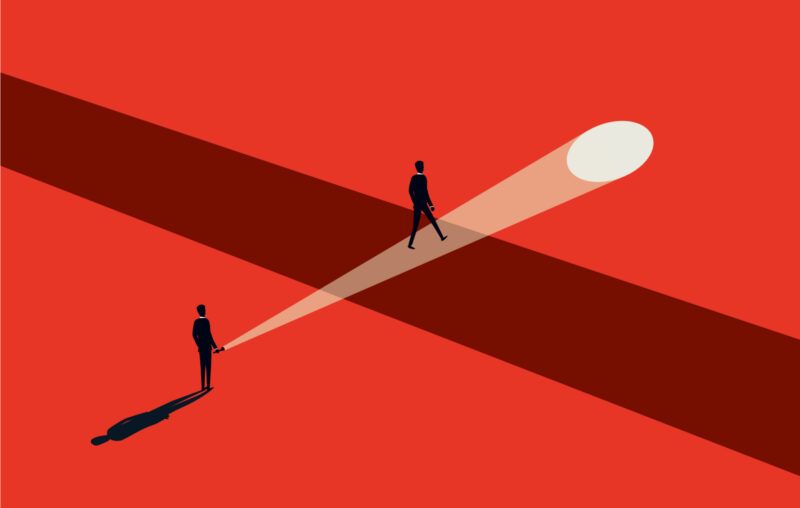 Back in the mid-70s, I decided to give law school a try. After doing pretty well on the LSAT, I applied to and was accepted by Duke. So I went there, studied hard enough to pass every course I took, learned some useful things that I still remember (such as the fundamentals of contract law), and graduated with my JD in hand.

No doubt the most important thing I learned while in law school, however, was that the legal profession wasn’t for me. I realized that I’d be a round peg in a world of square holes, so I didn’t pursue it, instead winding up in college teaching. The years I spent in law school had been interesting, but overall, a waste of my time. (At least it didn’t cost a lot of money; back then, a year’s tuition was under $2,500.)

Much later, I came to understand that law school is largely a waste of time for everyone. The obligatory three-year degree covers many legal subjects that the student can promptly forget, and fails to cover more than a tiny fraction of the constantly changing knowledge that a lawyer needs to be successful in his particular field of practice. The vast majority of useful legal education takes place on the job, not in law school classrooms. Law school is a long, and now extremely expensive prelude to the process of acquiring the information that a lawyer actually needs. It is a high, artificial barrier to entry into the market for legal services.

It wasn’t always so. In early America, hardly any lawyers attended law school. They learned by reading the law on their own (as Abraham Lincoln did) and/or working in law offices as apprentices, mastering how to advise and represent clients. Clarence Darrow, to point to just one famous lawyer, dropped out of law school after one semester, deciding that he could become a good attorney more quickly by working in a law office than by sitting in classrooms.

The U.S. had a laissez-faire legal system until just about a century ago. It was in the 1920s that the American Bar Association started throwing its weight around. The ABA’s leading lights decided that there were too many lawyers “crowding at the bar.” The ABA’s solution was to make the profession “better” by demanding more formal education and strict licensing to keep out anyone who had not surmounted the barriers to entry.

To get its way, the ABA began pressuring the states to pass laws to, first, allow only individuals who had completed a degree from an approved law school (which is to say, one meeting the ABA’s standards for length of study, faculty, and facilities) to take the bar exam, and second, make it illegal for anyone who had not passed the bar exam to offer legal services—prohibitions against the “unauthorized practice of law.”

With its lobbying prowess, the ABA got its way. In only a few states can a person become a lawyer without graduating from an ABA-accredited law school. And in every state, any unlicensed person who does anything that falls under the vague term “practice of law” will face the wrath of the state bar for treading upon its turf.

Here’s an example. A man in Michigan (an accountant) had a daughter who was involved in a protracted custody battle with her ex over their son. She was hit with legal papers during that battle, but couldn’t afford a lawyer, so she asked her father if he could help. He readily agreed, and went to the closest law library and asked someone where he could find a book with the appropriate legal forms to fill out. After finding and copying the forms, he filled them out. His daughter then filed the forms with the court.

What he could not imagine was that he had broken Michigan law. The mere act of obtaining and filling out the forms was “unauthorized practice of law” in the eyes of the bar association. Once it learned of his actions, it filed suit against him, demanding an injunction against him to ever again “practice law,” and also that he pay the bar association’s costs in suing him.

That’s not an isolated case. All over America, bar association “unauthorized practice” committees act like junkyard dogs, eager to bite anyone who intrudes. It doesn’t matter that the “legal work” was done correctly and that nobody was harmed.

The fact that no one can provide any legal service or advice who isn’t duly licensed keeps down the number of practitioners and the consequence is that legal help is more expensive than necessary. Even the American Bar Association acknowledges that poorer people are often unable to obtain assistance—but its “solution” is to dragoon licensed lawyers into giving pro bono legal help on the side of their regular practice. That’s like a government that creates an artificial food shortage insisting that the solution is for wealthy people to share more of their food with the poor. What the poor really need is a free market, with food sellers and legal practitioners competing for their business.

In a recent Wall Street Journal op-ed, Clifford Winston of the Brookings Institution argued that legal practice ought to be opened up to people who have learned about the law, but who haven’t gone through the full law school curriculum. After noting that CNN anchor Poppy Harlow took a leave of absence in order to study in a one-year master’s program in law at Yale, he writes that this “helps shed light on the absurdity of the legal profession’s time-consuming and expensive requirements to be a licensed lawyer, which primarily serve to raise lawyers’ earnings and limit access to justice.”

I agree. Poppy Harlow with her year of study at Yale ought to be allowed to do legal work for clients if they want her. But I would go further. The law should not demand any specific amount of training before someone is allowed to contract with others to perform legal services. Competition is by far the best regulator of competence in any field; there is no need for government to try to protect consumers by mandating that practitioners be licensed after having undertaken some arbitrary period of study or training.

In the comments to Winston’s op-ed, a number of people who were upset by the idea of freedom said that his proposal would just mean lots of under-educated lawyers harming their clients by doing incompetent work. No, it wouldn’t. That is because, no matter the kind of work, practitioners can’t afford to fail. If you get a reputation for doing bad work, that will quickly ruin you and the time and money you had sunk into becoming an attorney (or a house painter or an accountant or a music teacher or anything else) will have been wasted. People have a powerful incentive not to try doing work that they aren’t capable of doing well. That is true of licensed lawyers, who often decline to take cases that are outside of their expertise. They don’t want to risk their reputation by handling a case where they might do poorly.

If we didn’t have government licensing of lawyers, what would instead emerge would be voluntary certifications that would assist consumers in finding the practitioners who have the specific knowledge for their needs. Just as in medicine, where doctors can obtain certification in specialties such as neurology, cardiology, and so on, we would see legal practitioners displaying their certifications in will drafting, criminal defense, child custody disputes, etc. Consumers would be free to choose among them, or to choose someone they trust who isn’t certified.

In a free market, no one would be prosecuted for “unauthorized practice of law” but someone who fraudulently misrepresented his competence or failed to exercise due care in his work could be sued, just as licensed attorneys can be sued when they fail to properly represent clients.

Rather than being the barricade it is now, the state bar exam would be optional. If prospective legal practitioners thought it would help them signal their knowledge, they could take it. My guess is that better indicators of specific competence would in time replace it.

And what about law schools? They would no longer have a captive market for their overly long and expensive period of study. Competition would compel them to adapt to the market. They would have to offer shorter programs since few students would willingly pay for three years and many courses that they take simply because they need the credits to graduate.

One of the nicest aspects of the transformation of law schools under a free market would be that the many professors who have comfortable faculty positions teaching and writing “bad sociology, not law” as Professor Charles Rounds put it, would need to find something else to do. If the market were to “deplatform” law professors who pontificate about the need for statist transformations of society, that would be a good thing.

This article, We Need a Free Market in Legal Services, was originally published by the American Institute for Economic Research and appears here with permission. Please support their efforts.