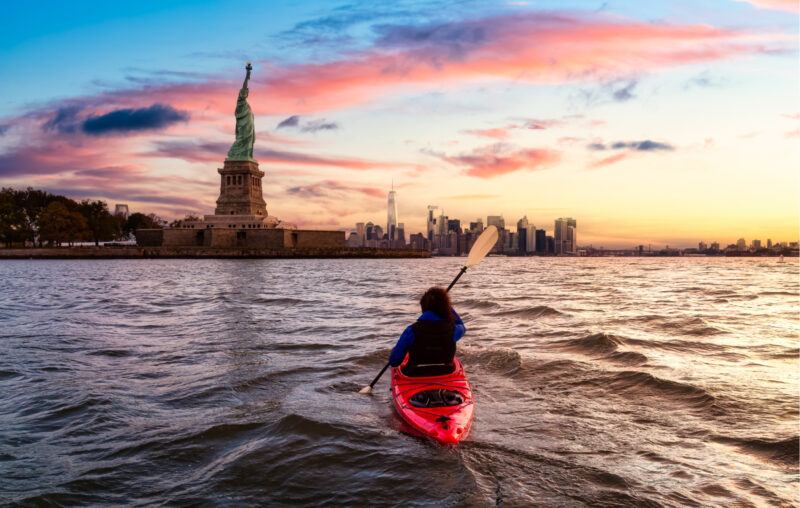 The United States is in a great power rivalry with China and the world is seeing a resurgence of illiberalism. Following the June G-7 meeting amongst world leaders, President Biden remarked,

“I think we’re in a contest — not with China per se, but a contest with autocrats, autocratic governments around the world — as to whether or not democracies can compete with them in the rapidly changing 21st century.”

The goal is certainly laudable and comes at a time when democracies are fundamentally in decline. According to a report produced by the V-Dem Institute at the University of Gothenburg, the number of liberal democracies has decreased over the past ten years and electoral autocracies now contain 68% of the world’s population. Liberty is on the decline and something certainly needs to be done to turn the tide against the encroaching darkness. Biden certainly has some of the right instincts; reengage with the world, step up the diplomacy, rally our partners, and show everyone that the US is back. However, not only is this much easier said than done, there is one critical reform that needs to be addressed before we can have any hope of advancing liberty worldwide. Getting our own house in order and leading by example, not by hypocrisy.

Lead By Example Not By Dictate

Biden’s sentiments are certainly admirable; however, he misses the important point that countries will not be inspired to follow the United States to a freer world if they have a poor perception of our own system. Robert Manning and Mathew Burrows from the Atlantic Council write,

“According to a recent Pew poll, 23 percent thought U.S. democracy was never a model, while 57 percent thought the United States was a model but no longer is. Mass shootings, the killing of George Floyd and continued police abuse of black people, an increasingly extreme Republican party, and not least the insurrection on Jan. 6, all contribute to such perceptions.”

Countries around the world have long looked to the US as a model political system that could provide prosperity and freedom for its citizens. However, that image has been in steady decline due to a variety of factors, from our foreign policy blunders abroad to our domestic turmoil and incompetence. Rivals like China frequently point to problems within the US, from racial divisions, to the 2008 Financial Crisis, to our response to Covid-19 as proof that the liberal democratic model is flawed. Colonel Edward Harwood, the founder of AIER, even made an observation regarding the US in competition with the Soviet Union in his book The Counterrevolution. He suggested the need for a national policy commission to reevaluate the efficacy of the current laws in place and wrote,

“Unless something like this is done, we greatly fear that the statue in New York Harbor of the goddess of liberty enlightening the world will no longer be an appropriate symbol of United States policy at home and abroad…We shall gain nothing but a little temporary security and shall lose all that we treasure highly as the United States declines and falls with the rest of Western Civilization, a victim of the counterrevolution.”

In many ways, inspiring confidence abroad in the vision and values of the United States starts at home. We do our cause no service if we cannot demonstrate the power of our ideas, whether it be civil rights or economic freedom. We actively undermine these values by passing and maintaining policies when we continue to denigrate civil liberties and economic prosperity. This is especially important today in a multipolar world where the US is no longer the undisputed superpower. We have rivals like China and even our allies are far more reluctant to simply follow the US wherever it pleases. Europe, for example, is far more independent and seeking to chart its own path through the world. Manning and Burrows write,

“A sign of the times was a cautionary note from German Chancellor Angela Merkel on the occasion of Biden’s inauguration: “Don’t think that from tomorrow there will only be harmony between us.” She added, “There will also be arguments about how best to do things for our two countries.”

The Europeans in many ways believe that the US has lost its way, and as strong global powers in their own right, seek to follow their own interests, which include not having a cold war with the Chinese or causing chaos in the Middle East. In fact, while the US was having its frantic bout of protectionism and withdrawing from the world under the Trump administration, the EU was entering into exciting new trade deals including,

“(T)he recently concluded Regional Comprehensive Economic Partnership among 15 countries includes virtually all U.S. allies and partners in the Asia-Pacific — except the United States. Vacating the economic space leaves a rather gaping hole in the U.S. “Indo-Pacific strategy.”

Although one can make all the arguments about the problems of the EU, the fact of the matter is that the US is globally seen as a dysfunctional superpower because of its domestic and international behavior. This is again exacerbated by the fact that we now live in a multipolar world with countries that used to stare in awe at the US, who are now regional powers in their own right. An article in the Irish Times even remarked,

“The world has loved, hated and envied the US. Now, for the first time, we pity it.”

In order to regain the respect of our allies and subsequently inspire others to stand behind the principles of a free society, we need to redemonstrate that such a society is in fact worth keeping. Furthermore, we must actively believe in such a vision ourselves. Manning and Burrows remark,

“Biden wants democracies to write the rules of trade. Yet he arrived at the G-7 with little to say on advancing free trade beyond mitigating sanctions on allies by resolving the protracted Boeing-Airbus dispute over subsidies, and suspending tariffs. U.S. steel and aluminum tariffs on E.U. partners remain.”

In many ways, President Biden has not only projected a message of “Do as I say not as I do”, but in some respects, he has signalled a step in the direction of our ideological rivals like China, rather than standing up to them. This was most exemplified in a speech to a Joint Session of Congress where he essentially made calls to compete with the Chinese by emulating many of their state spending ideas. Furthermore, alongside a disastrous Covid-19 response, which was already a huge blow for US credibility on the world stage, many of our leaders essentially copied China on their public health response. US behavior as of late is not at all conducive to forwarding the high values of freedom and democracy we purport to defend. The great tragedy of all this is that if we aren’t confident enough in our own values, we cannot expect the rest of the world to be either. If we want a world of open markets, universal human rights, prudent statecraft, and limited government, we must first return to those values here at home.

As Colonel Harwood observed during the Cold War and what is now even more relevant today, the most important thing the United States can do to guide the world away from authoritarian darkness is light the way with its example. In many ways, the mission he founded AIER to pursue, promoting sound economic policy, defending constitutional freedoms, and embracing sound money over dangerous fiat currency regimes, would serve our foreign policy objectives just as well as they would our domestic ones. That is creating a system that people wish to emulate and live under, rather than looking at in pity.

This article, We Can’t Take On Global Tyranny Without Cleaning Our Own House, was originally published by the American Institute for Economic Research and appears here with permission. Please support their efforts.