We Are Witnessing Incompetence On A Colossal Scale Throughout Our Society 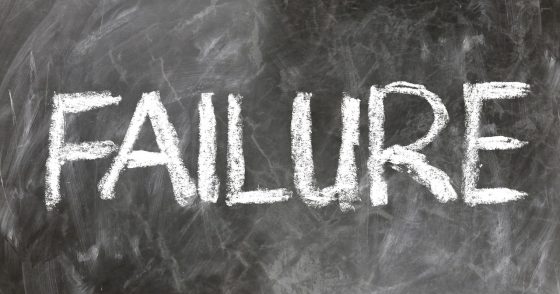 These days, it is a surprise when someone actually does something competently.  It is often said that if you want something done right you have got to do it yourself, and today that is more true than ever.  Just think about it.  How often have you had a delivery delayed or messed up?  How often have you had someone supposedly “fix” something but it isn’t actually fixed?  How often have you purchased something that breaks shortly thereafter?  And don’t even get me started on the complete and utter incompetence that we see in the tech industry.  How hard could it possibly be to release a piece of software that is not riddled with all sorts of nightmarish bugs that need to be “patched” as soon as possible?

Sadly, in our upside down society some of the most incompetent people that you can imagine end up running entire organizations, and if you are particularly corrupt and useless you may get to be a politician.

By now, you are probably thinking that I am going to talk about Joe Biden in this article, and you are right.

In this era of extreme incompetence, it somehow seems appropriate that sleepy Joe is presiding over our “idiocracy”.

Barack Obama knew that this could happen.  According to Politico, he once said that nobody should “underestimate Joe’s ability to **** things up”.

Everything that Biden touches seems to turn into a failure.  Just look at the crisis on the border.  It is the worst that it has ever been in our entire history, and we are being told that “morale is in the toilet” among our Border Patrol agents…

“Morale is in the toilet,” Jon Anfinsen, a spokesman for the Border Patrol’s union, told the Washington Examiner. “Morale is low because agents aren’t allowed to do their job — if our job is to be out patrolling the border in between the ports of entry and actively searching for people who have crossed illegally, but we’re not allowed to go do that job, it basically creates this defeated feeling in everyone.”

Thanks to Biden’s wonderful new policies, our Border Patrol agents have their hands tied and are not able to do their jobs, and as a result many of them show up to work “sort of downtrodden, almost dead inside”…

“Everyone shows up to work sort of downtrodden, almost dead inside, for lack of a better term,” Anfinsen stated. “They’re not allowed to [do] the job, and they know that people are getting away every single day, every hour.”

Of course it isn’t just on the border where Biden is completely and utterly failing.

He is doing such a “great job” with the economy that the term “Bidenflation” has been coined less than a year into his presidency.

And his response to the COVID pandemic has been a nightmare of historic proportions.  If I were to tell you how I really feel about the decisions that he has been making during this pandemic, I would get censored into oblivion by the social media companies.

Right now, what everyone is talking about is how incompetent the Biden administration has been in handling the situation in Afghanistan.

The fall of Saigon in 1975 and the Iranian hostage crisis during the Carter administration both made America look really weak, but we have never seen anything like the debacle at the airport in Kabul.

The “terrorists” that we went it to destroy in 2001 now have us surrounded and cornered in half an airport, and there are still countless numbers of people that can’t get to the evacuation planes.

In fact, staff members that worked at the U.S. Embassy in Kabul feel like they have been completely betrayed by our government at this point…

Local staff members at the U.S. Embassy in Kabul are “deeply disheartened” by U.S. evacuation efforts and have expressed a sense of betrayal and distrust in the U.S. government, according to a State Department diplomatic cable obtained by NBC News.

The cable, which was sent Saturday, said memos were sent Wednesday inviting Afghan staff members at the embassy to head to Hamid Karzai International Airport in Kabul. It told them to take food and to prepare for difficult conditions.

When staffers went to the airport in response to that cable, they quickly found themselves in the middle of a nightmare…

Staffers reported being jostled, hit, spat on and cursed at by Taliban fighters at checkpoints near the airport, it said, adding that criminals were taking advantage of the chaos while the U.S. military tried to maintain order “in an extremely physical situation.”

Some staff members reported that they were almost separated from their children, while others collapsed in a crush of people and had to be taken to hospitals with injuries, the cable said. Others said they had collapsed on the road because of heat exhaustion, it said.

British forces have been leaving the airport and bringing back people that need to be evacuated, but for some reason the U.S. hasn’t done the same thing.

There are still thousands of Americans inside the country, and time is running out, because the Taliban won’t move the August 31 deadline…

The White House repeatedly refused to address the Taliban’s August 31 deadline to get US troops out of Afghanistan on Monday, dodging questions on the subject and snapping at reporters who asked how the government planned to save the remaining Americans stuck in Kabul.

The Taliban’s spokesman issued the sternest threat yet to Biden on Monday morning, saying there will be ‘consequences’ if US troops – who are holed up at the airport in Kabul evacuating tens of thousands of people and fending off an increasingly desperate crowd – don’t leave in the next eight days.

Biden should immediately resign, but he will never do that.

Of course there are others that also should share in the blame.

Just like much of the rest of our society, the brass at the Pentagon has been getting increasingly incompetent over the years, but up until recently it hasn’t been talked about too much.

But now that our failures in Afghanistan have been exposed for the whole world to see, the mainstream media is having a field day mocking them.  For example, the following comes from the New York Post…

To the surprise of only the Biden administration and its top brass, the Taliban retook control of Afghanistan last week after 20 years of frivolous American adventurism. It was a spectacular failure of American diplomacy, statecraft, intelligence and, most of all, military capability. In short, mission very much not accomplished.

But that’s pretty much standard operating procedure for the nearly useless behemoth called the Pentagon, which hasn’t won a war since the kinder, gentler American government changed its name from the War Department to the Defense Department shortly after World War II.

So why don’t any of our top military officials ever get fired?

As Darren Beattie has pointed out, NFL head coaches are held to a much higher standard than our generals and admirals are…

Is the head coach always the problem with a bad NFL team? Obviously not. But a head coach is the highly-compensated captain of a $200 million operation, and his job is to win. Coaches who don’t win get fired, because being a perpetual, complacent loser is unacceptable.

The ongoing collapse of the U.S.-backed regime in Afghanistan is the geopolitical equivalent of an NFL team going 0-16 twenty seasons in a row. Perhaps it’s worse than that, in fact. The Afghanistan disaster is the equivalent of an NFL All-Pro team taking on a Division III liberal arts college, being shut out, and then crashing the team bus into a ditch.

If we were to start holding military officials accountable for their performance, firing Mark Milley would be a really good start.

I have absolutely no idea how someone like that got to be the chairman of the Joint Chiefs of Staff.  Personally, I would not even trust him to mop the floors of the local Dairy Queen.

What is even more tragic is that millions upon millions of Americans unquestionably accept whatever our incompetent leaders tell them to believe without taking the time and effort to think for themselves and come to their own conclusions.

The blind are truly leading the blind, and we are steamrolling down a highway that doesn’t lead anywhere good.

Every great society throughout history has crumbled eventually, and now our society is crumbling too.

I suppose that it was probably inevitable, but do we really have to look so completely and utterly incompetent in the process?