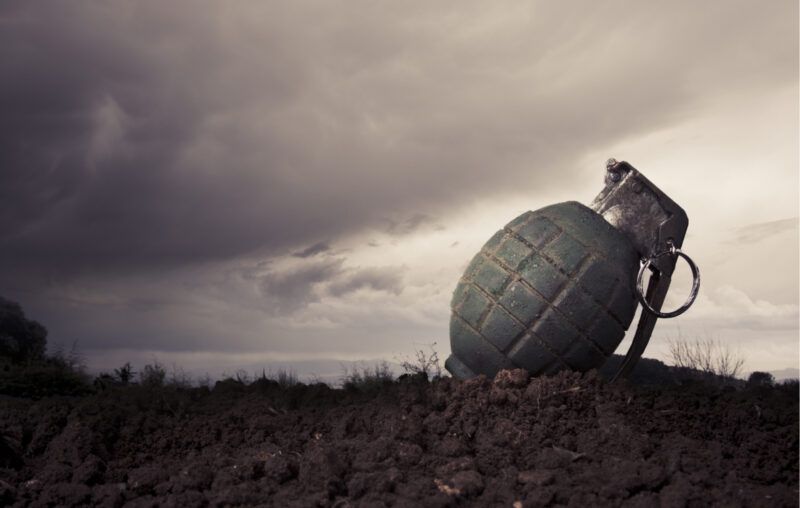 The United States sees itself as the world’s leader. Yet America is in near crisis. The results have not been pretty.

The President and Vice President are manifestly not up to their responsibilities, the first deficient in mental acuity, the second in policy gravity. Next in line for the presidency is the 81-year-old speaker of the House, locked in the past mentally while accommodating a fractious loony left faction. The Senate Majority Leader, who represents a perverse fusion of corporatism and progressivism, is a relative youngster at 71. He might be replaced after the November election by the 80-year-old Minority Leader.

Popular political divisions are even worse. Much of the Republican Party doubts the legitimacy of the 2020 election and significant numbers seem open to using violence. A new nationalist conservatism views liberty as one of many enemies for government to restrict.

The Democratic Party is awash in enthusiasts of a bizarre, almost neo-fascist leftist philosophy, determined to forcibly reorder society and make dissent a punishable offense. Activists have targeted schools, hoping to turn them into arenas for indoctrination rather than education, with a special emphasis on deciding who uses which bathroom. Even the usual establishment solons care more about gaining and retaining power than meeting the country’s serious challenges.

Yet the American colossus has deteriorating feet of clay. The US is essentially bankrupt, courtesy the irresponsibility of both parties. The national debt (held by the public) to GDP ratio is nearing the record of 106 percent set as World War II ended; absent spending restraint, it will be 200 percent mid-century. Yet Democrats and Republicans alike treat the federal budget as a never-ending soup-line for clamorous clients and well-connected interests.

Atop wild fiscal and monetary policies, inflation has hit a 40-year high. And Washington has responded to Russia’s attack on Ukraine by further weaponizing the dollar. Although doing so will assuredly hurt Moscow’s finances and the Russian people’s living standards, it also will accelerate the world’s move away from the dollar and US financial networks. Even Europeans have tired of Washington legislators who believe they have been anointed from on high to dictate policy to the entire planet.

America’s bizarre gaggle of underachieving “leaders” increasingly occasions nervous laughter even by allied governments. For the US is not only the one nation capable of intervening in every other nation. Its leaders are determined to do precisely that, with often disastrous consequences. Indeed, if there is a defining characteristic of the Washington Blob—America’s foreign policy establishment—it is that the US must act, exhibiting “global leadership.” Just as God cares about a single sparrow falling to earth, so does Washington. Uncle Sam therefore must do something, no matter how foolish and counterproductive, about everything.

Ironically, to Washington elites it doesn’t much matter what. Nor are the consequences of acting important. Indeed, contra the common mantra that “failure is not an option,” for the Blob failure is a constant reality, but that doesn’t matter. After all, as a superpower, America rarely pays the cost of its failures. Other nations might be ruined and peoples might be killed, but Americans barely notice.

Equally important, no US policymaker is ever held accountable. No matter how many deaths and how much destruction he or she causes, promotion and reward remain almost guaranteed. If the Iraq debacle proves anything, it is that the bigger the policy failure, the greater the personal success. Many of those responsible for this tragic debacle continue to offer their blood-stained advice for new interventions and wars. For Americans, wrecking a nation, destabilizing a region, and victimizing millions of people means never having to say you are sorry.

The Washington Blob also is almost uniquely high on sanctimony. That American policymakers are cynical and hypocritical is neither surprising nor upsetting. After all, that is the case for every nation. All diplomats shamelessly push the best deal for their country while resisting foreign demands for advantage. However, US policymakers almost uniquely appear to believe their own rhetoric and press releases.

For instance, Washington is filled with wailing about civilian deaths in Ukraine. To be sure, they are real and awful. However, those crying the loudest likely have supported wars killing far more civilians without shedding a single tear.

The US, which has been militarily the most aggressive nation since the Cold War ended, has shown not the least concern about repeatedly causing mass murder and mayhem. Iraq was the greatest disaster, since America’s invasion triggered a sectarian conflict that killed hundreds of thousands and displaced millions of people. In Libya Washington promoted an old-fashioned low-tech civil war that killed thousands or tens of thousands.

The US lost in Afghanistan in part because it treated rural areas as a battlefield rather than a home for millions of people; every unnecessary civilian death increased support for the Taliban. Today Washington continues to provide weapons, munitions, and support to Saudi Arabia and the United Arab Emirates, both oppressive royal dictatorships, in a war against neighboring Yemen which has killed hundreds of thousands of civilians. The same policymakers from President Joe Biden on down who enabled Saudi and Emirati war crimes are now piously denouncing Vladimir Putin as a war criminal.

Beyond shame are Blob members declaiming against spheres of influence. That concept is so 19th century, they insist! How dare Russia imagine it can thwart the desires of the Ukrainian people democratically expressed. Even more so by invading another nation. Why, that hasn’t happened since World War II or thereabouts. And interfering with America’s elections! Is there anything more outrageous? Americans routinely express their shock and sadness at these actions.

Except when the sphere of influence is the Western Hemisphere. Just a couple of years ago the Trump administration was reaffirming the Monroe Doctrine and complaining about Chinese and Russian activity in Venezuela. And remember 2003? That is when the US illegally invaded Iraq based on fraudulent claims that the Hussein government was building nuclear weapons. As for election interference, that was a US specialty during the Cold War. A Carnegie-Mellon study recorded 81 instances through 2000. One was in Russia’s 1996 election, when Washington went all out to ensure reelection of Boris Yeltsin.

Nor are American policymakers high on taking responsibility for their failures. After all, looking back is so, you know, yesterday. What policymaker was held responsible for the Iraq debacle? Did anyone suffer professionally? Who was dropped by producers as a TV talking head? What senior military officer was shunned after retirement for telling Congress how we were close to victory in Afghanistan? Do any of the Obama/Biden administration officials who endorsed aiding the murderous Saudi/Emirati war against Yemen express shame as that conflict continues, more than seven years later, killing ever more civilians?

Then there is Ukraine. Vladimir Putin bears responsibility for invading his nation’s neighbor. However, he is correct that the US and European governments offered a cascade of assurances that NATO would not be expanded up to his border. Yet the allies also shamelessly lied to, or at least knowingly misled, Kyiv.

No NATO member wanted Ukraine (or Georgia) to enter the alliance. No one wanted to defend them. No one believed they could be defended, at least a reasonable cost and risk. But all consistently led Ukrainian officials on, causing them to put their hopes in the alliance. Which likely encouraged them to resist accommodation with their powerful neighbor and expect military support from the US. (Indeed, it appears that Washington’s endless expressions of goodwill led Georgia’s Saakashvili government to expect an American rescue after Russia struck in 2008.)

In short, it is difficult to believe that Russia and Ukraine would be at war today had the US not simultaneously ignored Russian security interests and inflated Ukrainian expectations. However, which Blob member has expressed regret for having helped cause yet another war? Members of the establishment never acknowledge their responsibility for anything, ever.

So far, the harm caused by US foreign policy has mostly fallen on other nations. Ukrainians, Yemenis, Iraqis, Afghans, Libyans, and more have died in prodigious numbers at least in part due to the egregious, arrogant mistakes of Washington policymakers.

However, someday Americans, too, might find themselves dying by the thousands or millions. Indeed, that is what makes the Ukraine confrontation so dangerous. Russia is a nuclear power, and the US has not fought anything approximating a peer competitor since World War II. America has never fought a full-scale war against a nuclear power. Members of the Blob usually sneer at virtues like prudence. In this case caution is vital for national survival.

The United States has demonstrated enormous resilience and resourcefulness and overcome serious challenges. America can do so again. However, policymakers must reengage the real world and be held accountable for their records.

That is especially important for US foreign policy. After two decades of costly failure, Washington policymakers need to put America—its people, territory, liberties, prosperity, and security—first. To retake its claimed role of global leader Washington paradoxically will have to relearn the value of humility. The era of “what we say goes” is definitively over.

This article, Washington Blob Wreaks Death and Destruction Abroad, Avoids Accountability and Responsibility at Home, was originally published by the American Institute for Economic Research and appears here with permission. Please support their efforts.