Walter Williams: A Legacy of Liberty 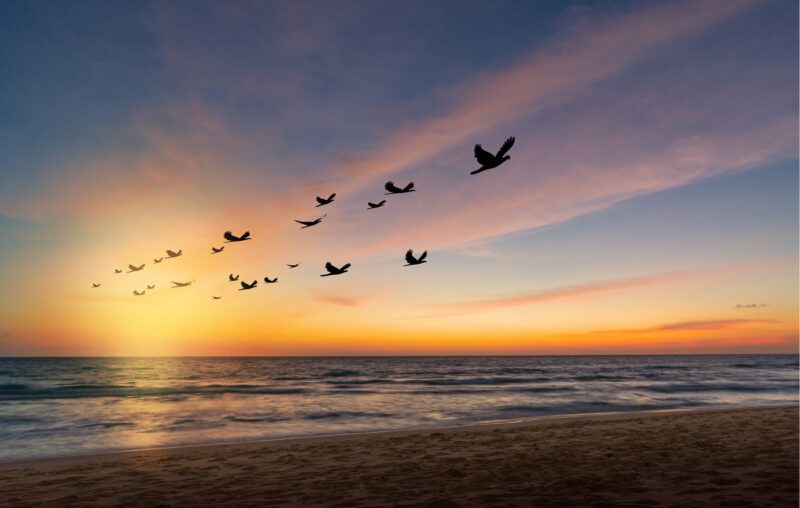 Reprinted with permission from the Online Library of Liberty

Professor Walter Williams left an uncomplicated legacy that was grounded in liberty and the movement of free markets. Human history is the story of a social fabric of relationships, families, friends, and the search for liberty. Connected to this social fabric is the engine that gives substance to our lives, how we sustain ourselves. For Walter Williams, of all the different possible engines, the free market stood as the best solution for present and future generations engaged in the search for liberty. As an economist, he used the free market to understand and explain Americans through time and space. As such, he stands in a long line of scholars and writers such as Henry M. Minton, Booker T. Washington, Abram L. Harris and, T.M. Pryor, all of whom studied Black American historical data. They all placed Black Americans squarely in the tradition of taking their problems to the free market to find the solution to the question “How can Black Americans live in America.” Indeed, the gift to Americans, for Williams, is the free market, which produces and is the very thing that helps to define liberty. If liberty is defined as the right or privilege to do as one pleases, at its base, then it is the context of the free market that provides the engine for liberty. Other writers and scholars asked the same kind of question but located most of the problems in America within its economic structure.

Walter E. Williams’s work, and his life, prove his hypothesis about the importance of the free market (capitalism) and limited government. In his American Contempt for Liberty, he states the thesis that guides his work: “Capitalism is relatively new in human history. Prior to capitalism, the way people amassed great wealth was by looting, plundering, and enslaving their fellow man. With the rise of capitalism, it became possible to amass great wealth by serving and pleasing one’s fellow man. Capitalists seek to discover what people want and then produce and market it as efficiently as possible as a means to wealth.” Williams noted that compared to heaven, capitalism fails. It also fails when compared to any utopia. For the common person, capitalism is a superior economic system to any other in the history of the world. He also believes that it is the choices that we make in business that are important and in doing so, we should not depend upon government to bail us out. As he noted in the Preface of American Contempt for Liberty, “The columns contained in this selected collection represent my efforts to sell my fellow Americans on the moral superiority of personal liberty and its main ingredient—limited government.

Any hypothesis needs data and Walter Williams dedicated his work to establishing data to support his thesis around many subjects. In the sea of ideas, there are many scholars who opposed (and oppose) capitalism. He noted that “A few years ago, according to UCLA’s Bruin Standard, Mary Corey, UCLA (University of California Los Angeles) history professor, instructed her class, “Capitalism is not a lie on purpose. It’s just a lie.” She continued, “[Capitalists] are swine…They’re bastard people.” Grounded in the professor’s comments is the acceptance of another system, communism or socialism. Williams always presents data when confronted with these arguments, which are plentiful in the literature. As he noted in Liberty Versus the Tyranny of Socialism: Controversial Essays, “Rank nations according to whether they are closer to the capitalist end or the communism end of the economic spectrum. Then rank nations according to human rights protections. Finally, rank nations according to per capita income. Without question, citizens of those nations close to capitalism enjoy a higher standard of living and a far greater measure of liberty than those in nations closer to communism.”

Flowing through the writings of Professor Williams is the importance of profits for the capitalist system. This is an issue that has worried economists for years and stands at the very center of the analysis of capitalism as an economic system. Classical economists argued that profit is a bribe, necessary as an incentive for business people to take risks. Since it is a bribe, how can it be justified on moral grounds? This was a query that had driven nineteenth-century economists, such as John Stuart Mill, to accept socialism as they aged. This moral issue of profit was the justification for Karl Marx to condemn the capitalist as wicked and immoral and thus predict his downfall and that of the capitalist system. But at this time the classical economist thought of capitalism as a closed system, and there was absolutely no justification for profit. But Joseph A. Schumpeter opened the system, took away its closed walls, and argued that capital is really a cost; the cost of staying in business and providing for the future. It is the only way to maintain jobs for the future and to escape what he called creative destruction, as new technologies destroys older ones. Schumpeter provided a mathematical function for profit, thus making capitalism once again a moral system. Walter Williams understood this when he noted, “The Occupy Wall Street demonstrators are demanding “people before profits”-as if profit motivation were the source of mankind’s troubles-when it’s often the absence of profit motivation that’s the true villain.”

The greatest test of Walter Williams’s hypothesis about capitalism came in the dynamic of race and society. In Race and Economics: How much can be blamed on discrimination? He blended the history of Black entrepreneurship with the rewards of liberty and the importance of market economies. Like Booker T. Washington, Abraham Harris, and T.M. Pryor, he showed how an open capitalist society has always provided the best economic route for liberty for those who chose it. In the Chapter “Blacks Today and Yesterday,” he blended the success of history with the denial of that success today: “Black Americans, compared with any other racial group, have come the greatest distance, over some of the highest hurdles, in a shorter period of time. This unprecedented progress can be verified …if one were to total black earnings and consider black Americans a separate nation, he would find that, in 2008, they earned $726 billion.” To show how important liberty is in America, he juxtaposed his own experience in Up From The Projects: An Autobiography. Walter Williams showed how Blacks have made the best of things by using the free market and liberty at the worst of times. His experience took him through the military to becoming an economist who understood liberty.

It is the movement of ideas through time and space which is important. In the public square, Professor Williams’s ideas should stand tall as the future races toward us. His research shows how powerful the concept of liberty is, and how it should remain a strong tool as America continues to race on its mission to provide opportunities for people around the world. Professor Williams understood why there are masses of immigrants at our doors looking for liberty, in the land of liberty.

This article, Walter Williams: A Legacy of Liberty, was originally published by the American Institute for Economic Research and appears here with permission. Please support their efforts.

Next Avenue: George Carlin on abortion, baby boomers and the American dream, and why his comedy is still so relevant today

Best New Ideas in Retirement: Forget pickleball and golf. These communities centered around farms or gardens are redefining retirement