US Militarism Abroad is Hypocritical and Counterproductive 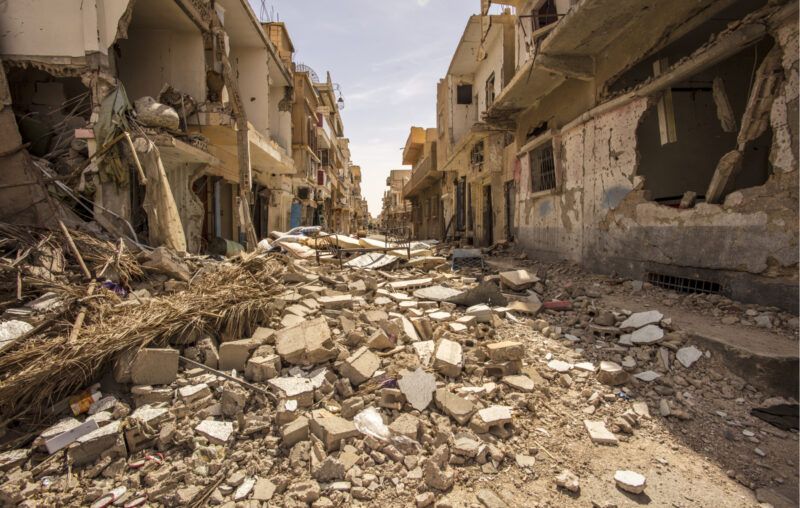 The liberal rules-based international order of human rights, democracy, and open markets is a status quo worth maintaining. The world is observably better off substantively, economically, morally, and spiritually today than it ever has been at any other time in history. One causal factor for that is the relatively open society that has been established and the spread of civil and economic freedom to more countries. The maintenance of such an order is perhaps one of the greatest triumphs of the West, notably led by the United States. Although the US has played a key role in organizing this achievement, it is also actively contributing to its uncertainty and perhaps its downfall.

In particular, our military adventurism in the past few decades has not only marred the legitimacy of the very doctrines we purport to uphold, to the benefit of our authoritarian rivals, but also incentivizes weakness amongst our allies. Such heavy confidence and reliance on military might are also contradictory to the skepticism of state power that underlies our system of limited government. It is contradictory to the very principles of mutual benefit, human dignity, and restraint that characterize the rules-based order we purport to defend.

The Cost of War

Perhaps the most obvious and apparent reason to rethink our eagerness to dive into military confrontation is the tremendous suffering and expense brought about by war. Although we should always be ready to defend ourselves and our interests, the past few decades should be a sign that an overeagerness to use military force is a losing proposition.

The most recent example would be our disastrous involvement in the Middle East, in which we have gotten ourselves into a lose-lose situation where even withdrawal has consequences. Even now, as we prepare for a long-overdue withdrawal from Afghanistan, we should remember how messy our entire involvement in the region has been. Although the United States has always had a presence in the Middle East, our most infamous adventures have certainly been the most recent. The Brookings Institution recounts,

“George W. Bush took us back to Iraq in 2003. He ignored a warning from Scowcroft that it would divert critical resources from the fight against terrorism. He dismissed intelligence that said Iraq had nothing to do with the 9/11 attack. The invasion has been called the worst decision in American foreign policy ever.”

Of course, this would lead to a slippery slope of mission creep that would not only fail to bring stability and peace to the region but keep us there to the current day. Even attempts to withdraw under the Obama Administration did not end the conflict; it contributed to the rise of ISIS, further exacerbating bloodshed and misery. This belligerent military adventurism has also resulted in the decline of our reputation abroad and gives further credit to our authoritarian rivals like China, who can point to our aggressive campaigns to excuse their own atrocities.

It goes without saying that all wars are filled with horrendous bloodshed, carnage, and human costs. The twenty-year-long war in Afghanistan is but one example. Although it can certainly be argued that the initial conflict was justified in response to the 9/11 terrorist attacks, staying in the region for as long as we have cannot be seen as reasonable. The Watson Institute at Brown University estimates that the total cost of US involvement in Afghanistan is over $2 trillion. The human cost is nothing short of horrific. They note,

“At least 801,000 people have been killed by direct war violence in Iraq, Afghanistan, Syria, Yemen, and Pakistan. The number of people who have been wounded or have fallen ill as a result of the conflicts is far higher…

Thousands of United States service members have died in combat, as have thousands of civilian contractors. Many have died later on from injuries and illnesses sustained in the war zones.”

Countless more civilians have been indirectly harmed by damage to critical infrastructures such as supply chains and hospitals. Tens of thousands of service members from allied countries and enemy combatants have also lost their lives in this prolonged conflict. Finally, there are hundreds of thousands of soldiers who have been injured either by physical wounds or battle-related illnesses such as PTSD.

US Militarism is Imprudent Today

The world is far more peaceful than ever before as the frequency of great power conflict has steadily declined. Much of that can likely be explained by the proliferation of ideas regarding liberal democracy, globalization, and prosperous market-based societies. With this in mind, it would seem unwise to commit the level of resources that we do to defense every year (in excess of $700 billion), especially given our supposedly rich and powerful allies.

Although it is certainly good to see that US defense spending has fallen as a percent of GDP over the years while the resources we commit have increased, we have to remember that we are in a time of unprecedented peace. For context, our NATO allies such as Canada and the Europeans spend on average half their respective GDP on defense that we do.

The latter half of the 20th century was characterized by an existential Cold War, with the United States essentially being the one superpower to defend the free world. Today, there is no such conflict and our allies today are far more capable than they were during the 20th century. Of course, there are odd regional enemies such as Iran and North Korea, as well as our geopolitical rivalry with China. The former two are mere midgets compared to the US or even our regional allies whether that be Israel or South Korea. Both those countries seem to also be more concerned with protecting themselves from US aggression rather than actually wanting to destroy our country. This is most exemplified by North Korea’s refusal to relinquish its nuclear weapons, which is more so explained by its fear of a US regime change campaign than an actual desire to bomb Los Angeles.

To say we are in a new cold war with China would be unrealistic and dangerous; it is more so a rivalry for global leadership, not annihilation or conquest. China’s military activity is mostly concerned with defending its Asian sphere of influence, which poses unique problems but is nowhere near what the Soviet Union was posturing itself to do.

Much like how government spending crowds out private investment and incentivizes complacency here at home, it does the same on the world stage. Having forward-deployed assets and task forces not only makes countries nervous, but it makes our allies slack on their defense spending.

At this point, it is a running joke, if not a factual observation, that US taxpayers are subsidizing the defense budgets of our allies and friends around the world. In Europe, which is home to more than capable allies, US forces are stationed to deter Russia as well as keep the peace, or lack of, in the Middle East. In Asia, US forces fill the same role when it comes to containing countries like China and North Korea, which then leads to a lack of urgency amongst our partners in the region such as Japan and South Korea.

Although the United States can certainly play a key role in leading and coordinating defense efforts, we should not be a unilateral actor or the world’s police force. We live in a world that is not only far more peaceful but our allies and partners are far more capable of defending themselves than they were during the Cold War.

We should work to create a strong network of partners and allies that are capable of managing their respective neighborhoods while reinvigorating our diplomacy efforts. Such a system is not only far more efficient and safe but also encourages a spirit of multilateralism as well as shared global stewardship.

It’s the 21st century and it is time for a foreign policy that reflects the needs of the era and understands the shortcomings of the past. Although there are certainly challenges and responsibilities that the US must rise to confront, the current regime of military adventurism and brinkmanship has been an utter failure. Not only has it brought untold costs both human and financial, but it is also imprudent as well as counterproductive.

Much like big government activism fails here at home, overconfidence in military intervention has only promised failure abroad. A pivot towards a more humble foreign policy based on cooperation as well as shared leadership, much like it would for domestic policy, will yield a much safer world for freedom and democracy.

This article, US Militarism Abroad is Hypocritical and Counterproductive, was originally published by the American Institute for Economic Research and appears here with permission. Please support their efforts.