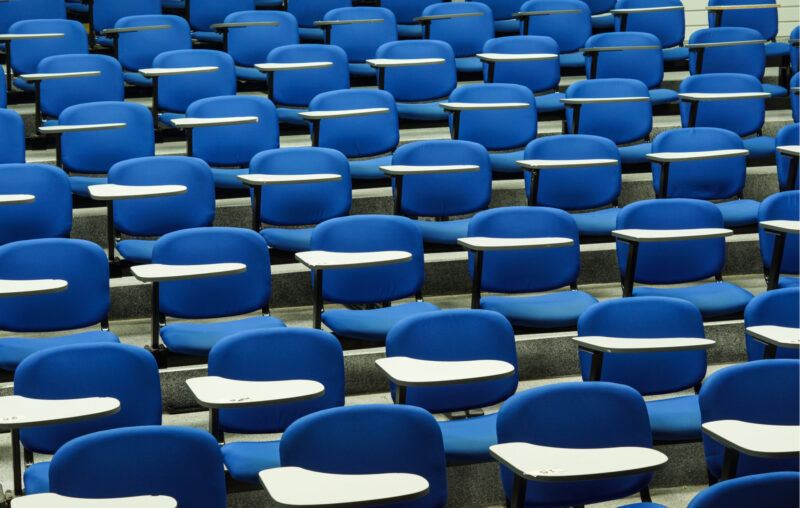 On August 17, 2021, George Mason University granted a medical exemption to a law professor who sued after the school issued its vaccine requirement to work and live on campus. The plaintiff, Professor Todd Zywicki, claimed that his naturally acquired immunity should have satisfied the school’s safety concerns regarding Covid-19. Furthermore, Zywicki alleged that as a public university, GMU’s vaccine policy violated several constitutional provisions. His lawsuit was led by the New Civil Liberties Alliance, with the lead counsel on the case being AIER Contributor Jenin Younes.

AIER covered the various arguments in the lawsuit on August 7th, which included a breach of due process rights, violation of the right to refuse unwanted medical treatment, and non-compliance with the Emergency Use Authorization. The EUA is a congressionally authorized expedited approval mechanism for medical countermeasures. Among other things, it holds that vaccines like those used for Covid-19 must be subject to informed consent. These actions would be violations of the 9th and 14th Amendments as well as the Supremacy Clause.

The school granted the medical exemption before the matter went to trial.

Although this development is undoubtedly a tremendous victory for Zywicki and the fledgling NCLA, GMU did not revise its general policy on vaccines. The school’s acknowledgment of natural immunity is significant given the serial case of amnesia that seems to have overtaken the world on this basic point of biology. However, the school still maintains the vaccination requirement for all other members of the GMU community, regardless of naturally acquired immunity. At the time of this writing, the same medical exemption has not been offered on a broader scale.

Furthermore, the lawsuit would have served as an interesting test case for vaccine mandate-related litigation, which will become more prevalent as time goes on. Regardless, the victory still serves as a sliver of hope that some universities will entertain reasonable arguments and that individuals can fight back with litigation.

NCLA released the following statement on the matter:

“NCLA is pleased that GMU granted Professor Zywicki’s medical exemption, which we believe it only did because he filed this lawsuit. According to GMU, with the medical exemption, Prof. Zywicki may continue serving the GMU community, as he has for more than two decades, without receiving a medically unnecessary vaccine and without undue burden. Nevertheless, NCLA remains dismayed by GMU’s refusal—along with many other public and private universities and other employers—to recognize that the science establishes beyond any doubt that natural immunity is as robust or more so than vaccine immunity.”

This small victory for Professor Zywicki still leaves the burning legal question of vaccine mandates wide open. Furthermore, if the school recognized Zywicki’s natural immunity, why won’t they do the same for the general population? This is relevant because schools, public and private, are implementing similar measures: mandating vaccines while turning a blind eye to natural immunity. Quinnipiac University even went so far as to issue fines and disable Wwi-Fi for the unvaccinated. In addition, cities like New York implemented vaccine passport programs that arbitrarily target some establishments but not others, prompting new litigation on this front.

With the GMU case resolved without trial, many critical legal arguments went untested. For example, does the 14th Amendment’s Due Process Clause apply to vaccine mandates, or does the state have the ability to suspend such rights when responding to a public health emergency? How does the reliability of natural immunity affect the constitutionality of policies that fail to recognize it? Can the government simply cherry-pick whatever science it wants to justify its policies? According to the court filing,

“The Supreme Court has recognized that the Ninth and Fourteenth Amendments protect an individual’s right to privacy. A “forcible injection … into a nonconsenting person’s body represents a substantial interference with that person’s liberty[.]” Washington v. Harper, 494 U.S. 210, 229 (1990)”

Given this precedent, as well as the state’s police powers to suspend individual rights under compelling circumstances, how will this apply to Covid-19 in a low-risk environment such as a college campus? If the right still holds, how will it apply to city-wide vaccine passport programs, given that Covid-19 is a relatively mild disease?

The lawsuit also comes with the backdrop of a similar Indiana University vaccine case that advanced to the Supreme Court, only to be denied a hearing without comment. The move is also mysterious, given the relevance of the matter. As a result, it did not create a binding legal precedent. Furthermore, the suit made similar 14th Amendment claims to the GMU filing. Interestingly enough, another group recently served Rutgers University with a lawsuit, making similar arguments over its vaccine mandate. These events seem to signal a coming legal inflection point on mandatory inoculation policies.

Professor Zywicki and NCLA’s victory is certainly a welcome one. But, at the same time, the school’s decision to grant a single medical exemption rather than revise its broader policy to recognize natural immunity is confusing and inconsistent. Furthermore, the parties resolved the case without a trial, which means that pressing legal questions never stood the test of litigation. Thus, the contest between individual rights and limited government on the one hand and public health discretion on the other still rages.

This article, University Caves On Vaccine Lawsuit But Questions Remain, was originally published by the American Institute for Economic Research and appears here with permission. Please support their efforts.