Universities That Should Lose Their Accreditation Immediately 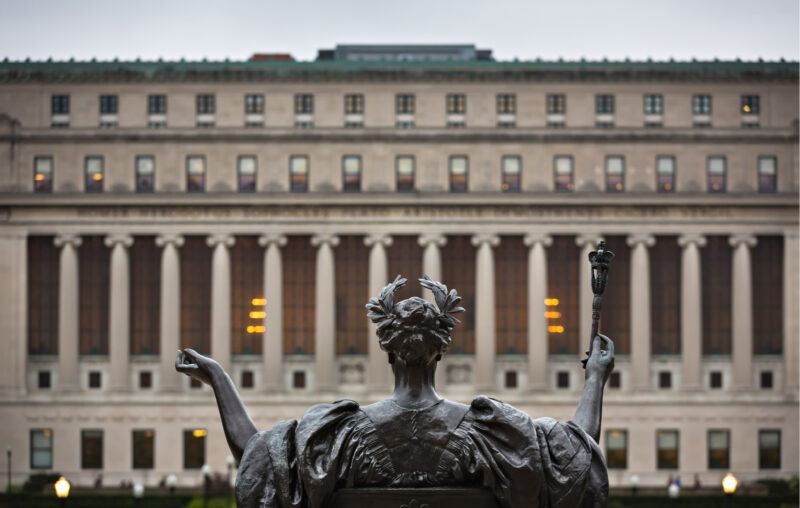 I will not bore readers with a list of universities that should immediately lose accreditation but instead will argue that any university that implements a stupid policy should lose it because, if nothing else, accreditation should certify that a university is non-stupid.

Accreditation is the “key to the kingdom” of federal and state subsidies and widespread recognition of some minimal level of curricular competence. Most students will not attend a university that is not accredited because they cannot obtain financial aid and most employers will not recognize any coursework or degree as a bona fide credential unless the university is accredited.

But given what is going on at many accredited universities across the country right now, it is unclear why employers draw the line at accreditation. To maintain some semblance of street cred (not to mention Street cred), accreditors need to have some bright line tests and drop schools that cannot pass them. As a former university professor with a quarter century of experience at universities ranging from DeVry to NYU, I suggest the following:

A university should immediately lose accreditation if it:

Note that any one of those should be sufficient grounds for disaccreditation but some schools have violated at least the first nine. I mean number ten a bit tongue-in-cheek but only because it is difficult to develop stupidity tests that won’t include some false positives, which is a problem for a summary sanction of such magnitude. Plus stupidity should really be measured on a scale.

I’d therefore allow number ten violations to go to arbitration for a decision. Arbitration should not fall to accreditors, which have obviously been captured by the universities that they accredit/regulate, but rather to former university faculty members, from emeritus superstars to adjuncts who couldn’t afford to teach anymore, drawn randomly from a national pool.

Former faculty know the “industry” but have no stake in it so they can be relatively impartial, especially if the process is double blind, as it ought to be. After all, as Forrest Gump said, “Stupid is, as stupid does,” so it shouldn’t matter if the questionable policy comes out of West Podunk Community College or Yavardnell. (If anything, putative top-tier schools should be held to higher standards because it is one thing to pay $100 a credit hour to be subjected to a stupid policy and quite another to drop $1,000 per credit hour.)

The hope, of course, is that universities will steer well clear of any policy that could be considered stupid and that those that just cannot muster sufficient brainpower lose the keys to the kingdom and hopefully go bye-bye forever. Maybe current students, parents, and alums can help the Ph.D.s (and assorted others of the letters-after-their-names set) to stay smart but the fact is that America will be better off if a large number of its current universities go under because that will free up resources (professors; campuses) for newer, better schools, like Thales College in North Carolina.

The brainchild of business entrepreneur Robert Luddy, Thales will not seek federal money or accreditation. Luddy knows that its dual liberal arts-professional majors, flipped classrooms, and attention on academics, instead of the other three collegiate As (alcohol, athletics, and ***), will mold demonstrably superior graduates. Tuition is currently $32,000 to $40,000 per degree, not per year or semester!

Thales does have to register with the state of North Carolina, so it is not completely free of regulation, but if employers prove willing to give its graduates a chance, its model could catch on. I’ve suggested previously that more schools ought to join Hillsdale College by eschewing the keys to the kingdom, foregoing federal money, and lending tuition to their own students if need be.

If anything, legacy universities have shown that students and their parents will pay a boatload of money essentially for nothing but good times — alcohol, athletics, and … the sheepskin effect. If they are willing to pay half that just for a rock solid old school education sans a largely meaningless accrediting seal of approval, there may be hope for American higher education and hence the nation. The time for new entry into U.S. higher education could hardly be more propitious than at present.

This article, Universities That Should Lose Their Accreditation Immediately, was originally published by the American Institute for Economic Research and appears here with permission. Please support their efforts.