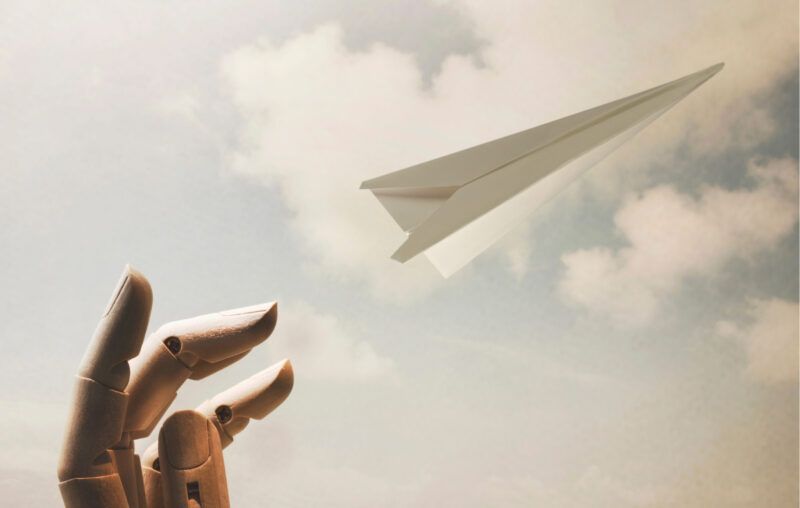 One of the most important truths about economics is also the most basic: all human action is a tradeoff. It’s ridiculous that something so obvious needs to be stated, but it does. Reduced to simplest form, to turn left is to not turn right.

Spending is no different in terms of paths not taken.

This is worth thinking about in consideration of the exciting recent announcement that United Airlines has placed an order for 15 supersonic jets from Boom Technology Inc. The would-be innovator intends to have a prototype ready by 2022, after which it expects its jets to be moving paying passengers around the world by 2029.

The higher speeds have the potential to transform travel. Six hour flights from New York to London will shrink to roughly 3 1/2, and then it’s projected that 10 hour flights from San Francisco to Tokyo will be reduced to six.

Where all of this gets interesting is that as readers can guess, Boom isn’t the only player in the supersonic space. According to the Wall Street Journal’s Matt Grossman and Alison Sider, Boston-based Spike Aerospace is working to develop an 18-seat jet capable of similar speeds to Boom’s. And then there’s Aerion Corp. Formerly a competitor of both Boom and Spike, Grossman and Sider report that it “folded last month after it said it had been unable to raise enough money to produce a planned supersonic business jet.” Aerion’s demise is the point of this piece.

Up front, it’s useful to acknowledge that “folded” technology firms are the norm in the sector. The source of the sector’s dynamism and immense wealth isn’t that most companies succeed; rather it’s the opposite. In the technology space there are few sacred cows. When businesses lose the interest of investors, they’re allowed to die quick deaths on the way to their human and physical assets being released to opportunities that investors regard more highly. Wealth never sits idle. What’s part of failure is soon acquired and put to a perceived better use. What Aerion developed won’t be wasted. Good.

So while it’s certainly true that belly-up businesses are the rule in the most economically dynamic and richest country in the world, there’s surely an “unseen” quality to Aerion. It went under once again because “it had been unable to raise enough money to produce a planned supersonic business jet.” This truth rates endless thought in consideration of government spending, particularly on the federal level.

That’s the case because the U.S. Treasury never has trouble raising money. Backed by the most productive people on earth (the American people), Treasury owns a substantial piece of the annual earnings and wealth created by the most productive people on earth. In 2020 Treasury collected $3.42 trillion from U.S. taxpayers. It did so despite a quarter of the world’s largest economy being shut down for a time care of corona-nailbiting politicians.

What’s important about the above number is that its size enables gargantuan amounts of borrowing by the U.S. Treasury. Indeed, while left and right continue to promote the laughable fiction that federal budget deficits are a consequence of either too few revenues (left) or too much spending (right), the reality is that deficits are a consequence of way too much in the way of federal revenues now, along with the expectation of much greater Treasury collections in the future. That which takes in copious amounts of tax dollars, and that which will take in exponentially greater amounts, can borrow with ease. In other words, Americans are way overtaxed. That’s why the U.S. Treasury can borrow so easily.

What’s crucial about this is that the borrowing versus the taxing is really of no consequence. What matters is total dollars spent by Congress. That’s the case because government spending is the ultimate tax on production. We know this because every human action, and every dollar spent, is a trade-off.

With government consumption, the tradeoff is particularly cruel. Think about it. When government consumes, we have Nancy Pelosi, Kevin McCarthy, Mitch McConnell, and Chuck Schumer exerting vast control over the direction of trillions worth of economic resources. In the past year alone Congress has passed “emergency” spending bills totaling $2.9 trillion and $1.9 trillion, along with the routine annual spending overseen by Congress. And while he won’t get his proposed $6 trillion budget, that’s what President Biden is presently asking for.

Think of all that money. Better yet, please think about Aerion. It’s not presently operating not because the impressive minds in its employ voluntarily closed their doors, but because they “had been unable to raise enough money.” While Nancy Pelosi has trillions at her disposal, along with ownership of a percentage of American production that enables the borrowing of trillions more, private businesses aren’t so fortunate. Particularly in the early days, each day is perilous given the basic truth that it could be the company’s last.

It’s something to keep in mind in consideration of the massive size of the federal government. Trillions in annual spending by politicians logically limits the amount of capital available for businesses trying to improve the present, or in Aerion’s case, striving to create a much better future.

Clueless economists tell us government spending stimulates economic growth. No, government consumption stifles it as evidenced by entrepreneurs and businesses bidding for funds against a government that’s growing by the trillions.

This article, United’s Bid for Supersonic Supremacy Vivifies Burden of Government, was originally published by the American Institute for Economic Research and appears here with permission. Please support their efforts.