Unemployment Over the Business Cycle 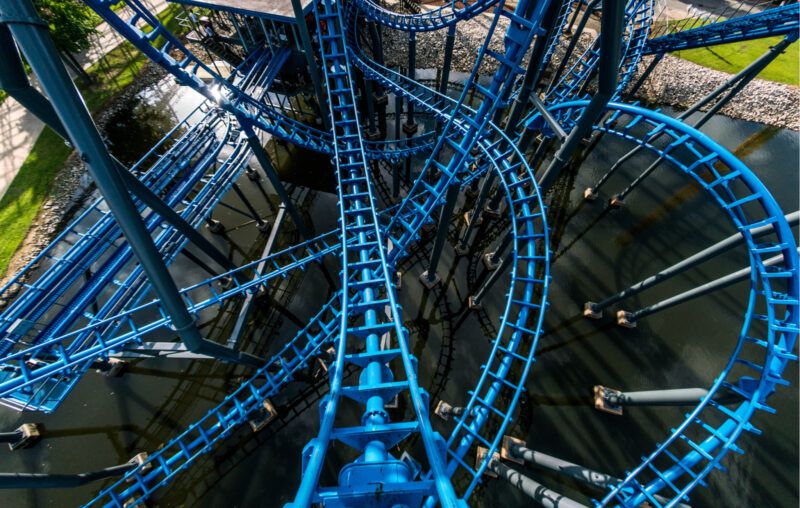 To some extent each recession is unique, but the Covid-19 recession has been a particularly unprecedented phenomenon. U.S. unemployment rose to nearly 15% in the first quarter of 2020, due not so much to the macroeconomic discoordination characterizing most recessions, but more to government lockdown policies responding to the global pandemic. Almost everything about the policy response to Covid-19 has been unprecedented. The U.S. economy’s 2020 loss of production dwarfs that of the 2007-2009 Great Recession. In fact, the Covid-19 recession briefly caused a 10% loss to U.S. real GDP.

In the 1990-1991 Gulf War recession, unemployment rose from 5% to about 8%, peaking in 1992, almost two years after the recession had officially ended. The mild 2001 technology bubble recession saw unemployment rise from less than 4% in mid-2000 to over 6% in 2003, also nearly two years after GDP output had recovered to its pre-recession level. Though the 2001 recession was especially mild, it led to a policy response of persistent monetary expansion which eventually fueled unsustainable booms in real estate and construction. In turn, expansion in these sectors set the stage for the 2007 financial collapse that triggered the 2007-2009 Great Recession.

The Great Recession was not only especially long in duration, but saw unemployment rise from 4.5% in 2007 to 10% by 2010. Unemployment rose to 10% by late 2009, a level rarely seen since the 1930s. This compares with 23% unemployment in 1933 at the depths of the Great Depression. During the depression, U.S. GDP fell by nearly 30%. Although the economy was officially in recovery from 2009, unemployment continued to rise for some months, and did not actually fall to pre-recession levels until 2015 or 2016. The U.S. economy lost nearly four percent of its value measured by produced output, though keep in mind that a large part of the lost output consisted of overvalued luxury real estate developments, typically sited where they were not actually needed or wanted.

The Covid-19 recession was not triggered so much by the unsustainable overexpansion that comes from expansionary monetary and fiscal policy, as by the profound lockdown restrictions on everyday life, not to mention on consumer behavior, labor markets, and commercial activity. Since the Covid-19 recession did not come from any primarily monetary or public policy cause, we cannot look to economic policy alone to bring it to an end. An especially sharp decline in real GDP output occurred at the outset, but this was over by the second quarter of 2020. The resumption of positive GDP growth signals the end of a recession, though in practice, unemployment generally continues to rise for up to two years after the official end of a recession. The rate at which unemployment has been falling over the last year suggests it will stay above 5% until at least sometime in 2023 or 2024.

The National Bureau of Economic Research’s Business Cycle Dating Committee recently announced that the recession ended back in April 2020. Much of the earliest stages of the recovery were as sharp as the contraction, leading to what is often described as a “V-shaped” recovery. However, as of the second quarter of 2021, we have yet to fully recover in terms of output.

Unfortunately, just as many of the underlying investment distortions which set the stage the Great Recession have been reinforced over the last decade, many of the government’s economic policy responses will further hold back economic growth and recovery. Low interest rates intended to fight the 2001 recession allowed for unsustainable new expansions in real estate, construction, and finance, all markets that collapsed during the Great Recession. After allowing real estate markets to reinflate to their pre-2007 levels and beyond, the financial sector has been permitted to overleverage to reach or exceed pre-2007 levels of unsustainable risk. Without significant monetary and regulatory reform, our recovery from the Covid-19 recession will not only not fix these negative conditions, but will only set up the U.S. for our next recession, one that will almost certainly be even more severe.

This article, Unemployment Over the Business Cycle, was originally published by the American Institute for Economic Research and appears here with permission. Please support their efforts.