Unemployment and Bankruptcies – Is This Time Different? 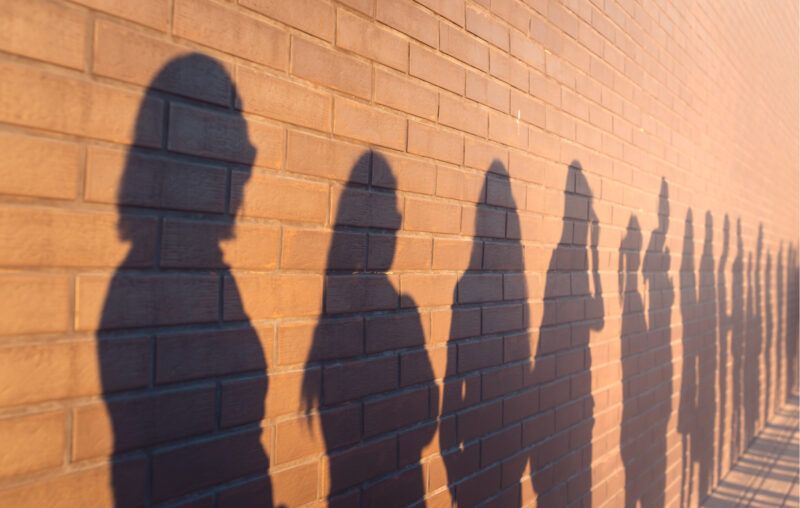 During the Covid-related recession, which has been awash with unprecedented economic features, an unusual, but almost overlooked, situation has occurred; whilst unemployment has risen, bankruptcies, which normally follow or move in tandem with the path of unemployment, have actually fallen. The chart below looks at the pattern in the US: –

The US data is more pronounced but it is echoed in other countries. Here is the chart for the UK: –

The US and UK are examples of more open, Anglo-Saxon, economies with traditionally weaker trade unions and more flexible labour laws, but, as you can see below, a similar pattern is evident in Germany: –

Even Japan has shown some tendency to extend and pretend, although the recent data has been rather volatile: –

According to the International Labor Organisation, 8.8% of global working hours were lost in 2020 compared to Q4 2019. That is equivalent to 255mln full-time jobs, yet during the same traumatic period, corporate bankruptcy filings fell 21% across major industrial economies. The OECD reports that bankruptcy filings declined in 24 of 25 advanced economies.

Workers are frequently the first casualty of recessions but, in more normal times, bankruptcies either occur in lockstep or quickly follow. This recession has been different in many ways, but the absolute decline in bankruptcies is not an indication of a reduction of financial distress; by April of last year 37% of US small businesses were temporarily or permanently closed. An ONS survey of UK businesses found 17% still shut in April 2021. Instead of filing for protection from their creditors, however, firms have chosen to downsize or close temporarily. Meanwhile, to support the efforts of enterprises large and small, many governments have, among other actions, imposed moratoria on bankruptcy filings. Seven countries; Australia, Belgium, Germany, Hungary, the Netherlands, Singapore and the UK, have even revised their bankruptcy laws. The legal changes have generally taken three forms: –

For an overview of the many other policies adopted in the wake of the pandemic, this paper from the OECD – One year of SME and entrepreneurship policy responses to COVID-19: Lessons learned to “build back better” is instructive. More information about the range of credit support programmes implemented within Europe’s five largest economies can be found in this paper from Bruegel – COVID-19 Credit Support Programs in Europe’s Five Largest Economies – it offers a wealth of detail. One line, in particular, suggests policies may change in future (emphasis mine): –

The severity of the GDP loss largely determined firms’ demand for credit. Low interest rates do not appear to have driven levels of lending beyond what could be expected in response to GDP loss.

Another aspect of the recent crisis, which has thrown unemployment and bankruptcies out of sync, is the speed with which jobs were lost, as companies were forced to close as a result of the lockdown restrictions. During the Great Financial Crisis (GFC) it took three years for US bankruptcies to rise from less than 20,000 in Q4 2006 to more than 60,000 in Q4, 2009. Meanwhile unemployment initially remained muted, not reaching its low of 4.9% until March 2008. Even once job losses started to rise, the cycle proved swift, peaking 19 months later at 10% in October 2009. During the GFC, rising bankruptcies were, in fact, a leading rather than a lagging indicator.

The economic recovery from the pandemic is likely to be protracted. Sufficient vaccination to achieve herd immunity will take time to administer and new variants of the virus will force governments to renew lockdown restrictions. Developed nations may fare better but the risks for developing countries remain high.

Governments are acutely aware of the risk of removing financial support prematurely; several temporary fiscal packages are now expected to run well into 2022. In this environment bankruptcies may be postponed further still. Economists, however, are sharply divided as to the wisdom of these fiscal and monetary responses; is this really essential life support? Will it honestly allow time for a productivity miracle to emerge? Or, have the zombie firms, propped up by cheap money for more than a decade since the GFC, simply been given yet another Chapter 11 reprieve?

Zombies are a consequence of a weak economy, not a cause.

The author quotes from Deutsche Bank research which estimates that nearly one fifth of publicly traded US companies are now zombies, compared to 10% as recently as 2013. He goes on to cite a 2008 American Economic Review paper – Zombie Lending and Depressed Restructuring in Japan – which found that: –

…the data show that destruction falls more in the sectors with more zombies.

The AER paper advocated amendments to the bankruptcy laws in Japan to allow zombie firms to be liquidated more easily, lessening their drag on the growth potential of profitable companies within these industries. Gagnon argues, however, that Japan’s two decades of anaemic growth refute the AER’s contention that an economy would normally operate at or near its potential and that macroeconomic policy acts forcefully to keep it that way.

When the economy is operating below potential and the forces returning it toward potential are absent or weak, the costs of killing zombie firms are huge. Killing a zombie immediately wipes out the income its workers have to spend on goods and services throughout the economy. This decline in spending drags GDP down by potentially more than 100 percent of what the zombie firm used to produce via a Keynesian multiplier effect.

What Gagnon seems to forget is how the zombies achieved such preeminence. If interest rates had not been artificially lowered – which in Japan’s case, was in order to stem the appreciation of its currency – and governments had not sought to protect favoured companies and industries, these firms would have exited the gene pool long ago, making way for new, innovative, efficient competitors. As for spending and the multiplier effect, an Austrian analysis would argue that in order for there to be spending, there must first be saving.

The right way to kill zombies is to push the economy above potential, raising wages and interest rates higher than zombies can afford to pay. In this environment, workers let go by zombies quickly move to more competitive firms, boosting productivity and growth for all.

This sounds beguilingly simple, yet without savings there cannot be sustainable investment. Of course, governments can borrow and spend, but, without real wealth creation, will they acquire the taxes to repay that borrowing?

The most expedient solution to excessive government borrowing is to engender inflation. This may support workers’ demands for higher wages, but it could also lead to higher unemployment or higher interest rates. Higher rates will make government debt servicing more costly, unless quantitative easing is employed to keep funding costs low, in which case the stability of the currency will be gradually undermined: there is no get out of jail free card.

In September 2020 the BIS – Corporate zombies: Anatomy and life cycle analysed 14 advanced economies, finding that, over the past three decades, the number of zombie companies has risen from 4% (late 1980s) to 15% by 2017. The author’s found that whilst 25% of zombie companies exited the market, 60% recovered from zombie status. However, recovered zombies underperformed compared to healthy firms and were more likely to relapse. The authors concluded: –

A firm’s viability should be an important criterion for its eligibility for government and central bank support.

Not all hope is lost; productivity gains may be achieved despite the dangerously procyclical policies of governments and their central banks. Innovation will continue to enhance the quality of life for citizens of many countries around the world.

In the near term, economic data looks promising; this is partly due to the base effect of the sharp deterioration which occurred in Q2 and Q3 2020 and partly due to the unprecedented scale of the fiscal and monetary response. US Purchasing Managers Index (PMI) data, released last week, hit a record high of 61.5. Both Manufacturing and Services PMIs also beat forecasts, helped by the vaccine rollout.

US inflation was also raised, breaching 4%. Even the Eurozone managed inflation of 1.6% – high when compared to the deflation of H2 2020. Debate rages among the economic fraternity as to whether this recent price spike is transitory or structural; consensus is for the former. Regardless of the outcome, the Federal Reserve has made its position clear; their emphasis will be on outcomes rather than the outlook.

Japan, with its policy of Yield Curve Control (holding 10yr Japanese bond yields around zero) and Quantitative and Qualitative Easing (QQE – including the purchase of Japanese common stocks via ETFs) has been pursuing a policy of outcomes rather than outlook the longest. The chart of Japanese inflation below supports the argument for a transitory inflationary blip: –

A study from 2019 found that 21% of small to medium-sized Japanese firms were zombies, notwithstanding twenty years of government policy to resuscitate them. Despite QQE and concerted fiscal largesse, the headwinds of an aging population, low levels of inward migration and a financial boom, fueled by an artificially weak exchange rate during the boom years, has forced Japan to endure two decades of relative stagnation. The economic problems of their overinvestment boom, fueled by artificially low interest rates, has not been solved but shifted, from the private to the public sector.

Interestingly, the Federal Reserve Bank of San Francisco – Fiscal Multiplier at the Zero Bound: Evidence from Japan – finds the stimulus effect of government spending to be significantly larger and much more persistent at the Zero Lower Bound (ZLB) – a state in which Japan has languished since 1995. They also find that, in a sustained ZLB environment, fiscal stimulus is especially effective during recessions. Yet this chart of Japanese GDP suggests that, since 1995, economic growth has remained anemic, despite the substantial fiscal stimulus: –

Unfortunately, policies adopted by many advanced economies, prior to and in the wake of the Covid pandemic, look remarkably similar to those adopted by Japan. If a cocktail of monetary and fiscal stimulus did not work for Japan, why should it work for others? Of course, the fastest way to reduce unemployment in the short run is to keep the zombies on life support, but what is not seen amidst the spectacular apparent recovery is the long-term damage to the productive growth of the real economy. Reversing fiscal and monetary policy is politically difficult for democratic nations. So long as inflation does not become structural, the Japanification of Europe and the US appears inevitable.

Is this time different?

The short answer is yes, but only insofar as the scale of the fiscal and monetary expansion has stopped, what would have been a catastrophic recession, from running its course. The recovery we are witnessing today is built on the crumbling foundations of the serial malinvestments which resulted from previous attempts to avoid the recessionary pain caused by the GFC. If structural inflation can be engendered, an escape from the worst ravages of overindebtedness may be nigh, but, until markets clear and zombies die, what economic growth there is will remain suboptimal.

This article, Unemployment and Bankruptcies – Is This Time Different?, was originally published by the American Institute for Economic Research and appears here with permission. Please support their efforts.