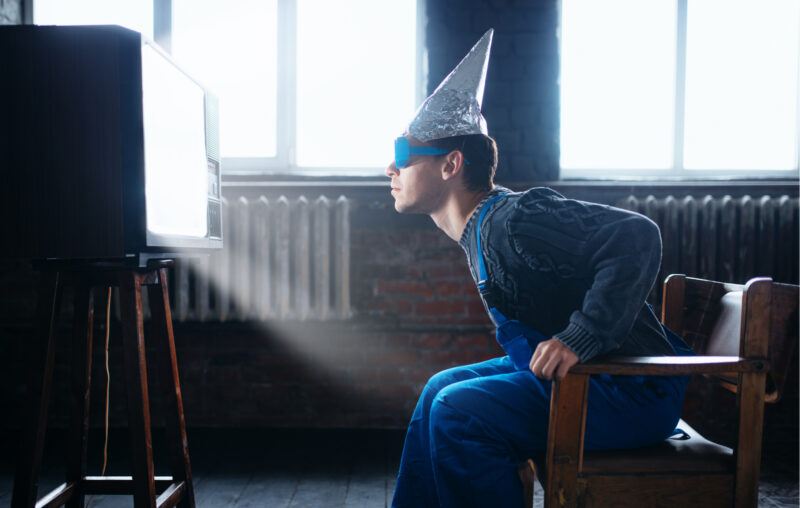 “Censorship” is an arguably specious accusation to level at Big Tech and social media firms. The argument that such platforms are players in a grand, purposeful yet unseen world order, or that they are being ordered to pick winners and losers in the marketplace of ideas, are convenient, to be sure. But these interpretations are perilous––and may lend themselves to misinformed policy solutions. In truth, such hastily-formed narratives fail to address the complexity of the issue at hand.

As private companies, social media firms have the right to determine access and content at their sole discretion, regardless of how large or influential they become. It is a slippery slope indeed to assert that at some arbitrary number of users or accounts, market capitalization, or upon reaching some other metric the unimpinged right to use or dispose of one’s property is eroded. On the other hand, given political pressures (often stemming from threatened or looming antitrust review), large tech and social media firms may be seen as inherent government appendages or accoutrements. The drive to conciliate state interests may, over time, result in large firms like Facebook or Google adopting policies that functionally extend state power.

As the pandemic grew increasingly politicized last year––as has everything else––social media executives deciding to ban certain messages and promote others necessarily inspired a firestorm of bias and conspiracy allegations. The former claim was completely justified insofar as the view that no amount of increased understanding should alter the most rigid safety posture was promoted. The latter were mostly (and predictably) absurd, trampling as they habitually do any pretense to principles of parsimony.

Even among the conspiracy averse, solutions to the growing influence of government, Big Science, and the “mainstream media” upon Big Tech and social media (which, it bears mentioning, are in some circles viewed as part of the media) have tended toward the inane. Forced divestitures, new forms of licensure, mandated inclusion of dissenting views, massive fines, and the criminal prosecution of executives were proposed and bandied about, each of which bring a combination of drawbacks and questionable efficacy. On the periphery of the debate, more market-oriented forms of redress were suggested – including campaigns to induce a mass exodus from offending platforms as well as activist entrepreneurship.

Exiting platforms upon which users have spent long periods of time is for many not as simple as changing cereal brands. Social media platforms are not only methods of communicating, but archives of life experience. After years of use, social media accounts may contain an appreciable number of sentimental items, including anecdotes and photos. For others, as annoying as partisanship is, the ability to converse with bespoke, often far-flung communities outweighs objection.

Entrepreneurship directed at producing competitive social media and tech ventures is similarly problematic. The first mover advantage of legacy platforms is considerable, leaving upstarts with a much larger ‘media’ than ‘social’ component. The fortunes of Parler, which attempted to compete with Twitter but found itself battered by the fetters and influence of technological on-and-off ramps is emblematic of another rub: the complications of seeking market alternatives in an industry with numerous complex connections and dependencies.

None of these, though, strike at the heart of the matter. The proper question in light of the growing influence of Big Tech and their co-opting by political powers is: How did these firms become so large, so quickly? Relatedly, why does competition––so effective in lowering prices and increasing the range of available products and services in other industries and sectors––seem utterly ineffectual where social media and Big Tech are concerned? In the few places where that question has been considered, no credible answers have emerged. “Network effects” describe how a given social media entity becomes popular and why select content goes viral, but not why an oligopoly has emerged. Neither does the explanation suffice that despite gripes, the largest and most established firms are serving their customers well; if that were the case, there would still be some marginal competitors. What is the force or factor by which a small handful of technology firms have become entrenched to an extent that they are virtually untouchable by even the best-funded competitors, in a few cases have achieved market capitalizations briefly topping $1 trillion, and are increasingly political confederates?

The primary answer is: patents. (A better answer is “patents and other forms of intellectual property, as well as the philosophical moorings that attend that concept.”)

Stepping away from Big Tech and social media for a moment, the Biden administration recently decided to support a World Trade Organization waiver of intellectual property (I.P.) protections on Covid-19 vaccines, creating a ripple of praise from the political left and scorn from the right. The arguments raised against eliminating patents and other protections on these innovations come directly from the I.P. playbook: Firms, it holds, will not invest in long, costly, and uncertain research programs without a guaranteed profit for a certain amount of time. Without some form of temporally-constrained monopoly, the justification continues, purely speculative explorations will be avoided. No firm or lone inventor will take on a long-shot, experimental undertaking if the possibility exists that, if successful, their idea may immediately be copied or improved upon by a competing entity.

It’s an argument that appeals to protective or covetous instincts, but collapses upon closer inspection. Numerous breakthroughs have come despite the absence of government-sanctioned protection waiting for them: computers, penicillin, and X-rays among them. A particularly ingenious 2012 paper shows that of 8,000 American and British innovations shown at World’s Fairs between 1851 and 1915, most were not patent-protected. Examples beyond these abound.

So much, then, for the empirical case. Turning to economic theory, that which supports patent protections is similarly precarious: It maintains that expensively acquired, hard-won, or otherwise novel discoveries are, upon public introduction, hardly excludable and nonrival in nature. New knowledge, to this thinking, corresponds closely to a public good. If innovations are easily replicated, the outcome is a market failure whereby creators will refrain from investigating certain areas without a reasonable likelihood of recovering expenses incurred in the invention process.

But this is, flatly, so much nonsense. The term intellectual property implies scarcity, and ideas are hardly scarce. (If you doubt this, visit four or five art museums around the world.) Indeed, the reality is quite the opposite of that; concepts and postulations born of the mind are infinitely repeatable. Every human being has them, at every moment in time, in every place on Earth where human beings are found. As N. Stephan Kinsella writes,

If you copy a book I have written, I still have the original (tangible) book, and I also still “have” the pattern of words that constitute the book. Thus, authored works are not scarce in the same sense that a piece of land or a car are scarce. If you take my car, I no longer have it. But if you “take” a book-pattern and use it to make your own physical book, I still have my own copy. The same holds true for inventions and, indeed, for any “pattern” or information one generates or has. As Thomas Jefferson— himself an inventor, as well as the first Patent Examiner in the U.S.—wrote, “He who receives an idea from me, receives instruction himself without lessening mine; as he who lights his taper at mine, receives light without darkening me.” Since use of another’s idea does not deprive him of its use, no conflict over its use is possible; ideas, therefore, are not candidates for property rights…Ideas are not naturally scarce.

As noted previously, this extends beyond patents to other forms of intellectual property: trademarks, copyrights, and beyond. And there are other perverse outcomes of the intellectual property regime in addition to the negative effects of government-bestowed monopolies and consequent rent-seeking: protracted controversies, costly litigation, decelerated diffusion of knowledge, distortions to market structures, and patent trolling are additional side effects.

The outline has now been sketched. But does it fit the facts? Facebook was awarded 989 patents in 2019 alone, which is

64 percent more patents than in 2018…In 2014, Facebook was awarded 279…The patents illustrate how Facebook is diligently spending on research and development, with the expectation of a return in the future…looking a lot like rivals Apple and Amazon in terms of patent awards…trying to stay in front of technological trends….Most of Facebook’s patents were in fields like data processing and digital transmission, but 169 patents were in the Optical Elements category. That would be related to virtual reality headsets.

Looking at this list, one inevitably wonders how deserving many of these massive enterprises are of the accolades they sometimes receive for commercial inventiveness. Do these blue chip firms, prominently included in major stock market indices and other prominent ensconcements, actually conjure new and better ways of producing and delivering products and services? Or instead, do a sizable portion of those businesses simply aggregate concentric, government-provisioned legal protections around existing means of doing things to keep upstarts at bay? (The very fact that there is a body of legal strategy predicated upon “defensive patents” is enlightening.)

It is undoubtedly more fun, and vastly less productive, to believe that there are sinister, shadowy forces at work––secret government meetings between intelligence agencies and social media firms to orchestrate messages and slowly bring about Total Control (™)––but more temperate assessments offer far more tenable conclusions. Large tech firms have dominance owing to the system of legal monopolies available under intellectual property laws, which by virtue of antitrust and common carrier laws results in a quasi-symbiotic relationship. That is all that is required to comprehend the causes of Big Tech’s ascendancy, and suggests the means by which it may be addressed.

Social media and Big Tech more broadly would be a far less inviting target for government co-opting if instead of two or three massive firms there were eight, 12, or more such entities. Concerns about punitive regulatory action, and consequently the instinct to appease political actors, would be lessened amid a more competitive social media marketplace. The “censorship” charge so frequently leveled against Big Tech firms would, as today, be an inappropriate description of decisions regarding the culling of content, but the impact of those choices would be diminutized in a world where ideas flow as freely and easily as unsubstantiable tales of intrigue.

Absent state-provided protections from competition––which stem from a legal theory that treats ideas like lawns (much to the benefit, unsurprisingly, of attorneys)––there would be far more competition, greater turnover among industry leaders, and less of all that follows with state-sanctioned business concentration. The supposition that innovation would grind to a halt without a guaranteed reward is discredited upon even the most cursory review of human progress. Free people with freed minds plying their wares upon free markets rarely under-supply novelty.

This article, Understanding Big Tech Dominance Requires Economics, Not Conspiracy Theories, was originally published by the American Institute for Economic Research and appears here with permission. Please support their efforts.