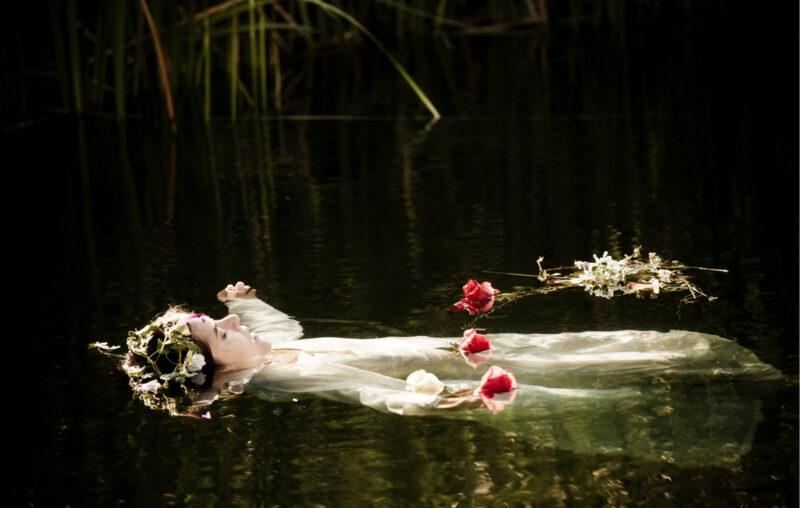 Since the New Deal, it has been in the best interest of the U.S. government for Americans to drop dead the day before they start to collect Social Security or other entitlements. They will have contributed all they could to the role that Uncle Sam forced them into and exeunt stage left on cue, having given the performance of their lives as Ophelia in Hamlet. In the Shakespearean tragedy that America has become, the hero’s hamartia (fatal flaw) is trying to do too much, to achieve several ultimately incompatible goals.

Recognition of the perversity of the government’s overall incentive structure does not mean there exists a murder of bureaucratic crows hellbent on fragging you the day you retire, like a grizzled detective in a cliched cop drama, just that there is a tendency for public policies to hasten your demise. The perverse incentive explains why a government that spends trillions of your dollars every year can no longer effectively do the one thing it was created to do, protect your life, liberty, property triad. In fact, lately it has taken resources from you to give to your sworn enemies in televised acts that are difficult to distinguish from treason.

In sooth, the government should recuse itself from regulating healthcare at all, or get out of the life annuity game (Social Security). The two are incompatible and that explains why government agencies spend billions funding ways to kill you, or bleeding your wallet when you get sick, but precious little on how to keep you well.

Less corpulent Americans may have died from Covid because government policies incentivize doctors to overprescribe antibiotics, which weakened immune systems while creating antibiotic resistant “superbugs.” Although the connection between antibiotics, the human gut biome, and human immunity has been known to scientists, little has been done to inform Americans that antibiotic use comes with a potentially high immunological cost.

Ditto the relationship between immune system health and perfluorinated alkylate substances commonly called PFAs or “forever” chemicals. Long known to suppress the immune system, PFAs have been directly linked in a Harvard study to worse Covid outcomes. Why not test for PFAs so those with elevated levels know to be extra careful and maybe top off their zinc levels?

While vitamins and minerals do not prevent the spread of Covid, they may help those exposed to fend off the virus. The millions of Americans deficient in zinc and vitamins C and D could especially benefit. One study, barely mentioned in the mass media, showed that those with higher levels of zinc in their blood were much less likely to die from Covid and recovered much faster on average.

Even before the pandemic, scientists realized that widespread vaccination programs create selective pressures that help the spread of vaccine-resistant viral variations. That mistake is being repeated now by mandating Covid vaccines during an ongoing pandemic, which increases the likelihood of the evolution of vaccine-resistant strains, a phenomenon already observed in the real world. (Reuters claims that is false but clearly their fact checkers flunked or forgot Virology 101 as their argument is full of logical fallacies and other forms of ascientific thought.)

I can’t claim to know the best therapies for Covid once someone is infected in large part because there is little government guidance about it. One needs to sort through advice from Harvard, Mayo, Hopkins, and so forth. They suggest home remedies like bed rest and fluids (no mention of chicken soup that I saw) and then seeing a doctor if that proves insufficient. They also mention a lot of options that major media or the CDC have downplayed or ignored altogether.

Why did the public health establishment not warn Americans about things that might make them more vulnerable to Covid, help them to bolster their immune systems, or help them to find therapies that might help them once infected? Why so much Covid confusion at the CDC? If Tony Fauci et al really cared about Americans, they would have funded more studies about what enhances or inhibits natural immune response, not funded bat virus research in China. They would have tried to boost Americans’ overall health, not shut down gyms and force masks onto their faces. Most importantly of all, they would have left no stone unturned in the search for effective therapies instead of putting most of their eggs into the vaccine basket.

Some public health bureaucrats have resigned but none of the major ones have done so, or been cashiered (except for political reasons). And, thankfully, none have been assassinated as they commonly were after fudging up royally in earlier times. Instead, they receive bigger budgets under the old canard that government failures are due only to insufficient funding.

But a dearth of money isn’t the problem. And it isn’t that public health bureaucrats are especially bad or dumb people (though some may be), it is that they simply have no incentive to keep Americans healthy. Their budgets are therefore misallocated and will continue to be so until their incentives are better aligned with those of American citizens. That’s unlikely to ever happen, though, so why do Americans allow them to have any funds or power whatsoever? Let’s at least try private alternatives before we all exeunt stage left.

This article, Uncle Sam’s Hamartia = Your Early Death, was originally published by the American Institute for Economic Research and appears here with permission. Please support their efforts.