Twilight of the NYC Pizza Principle 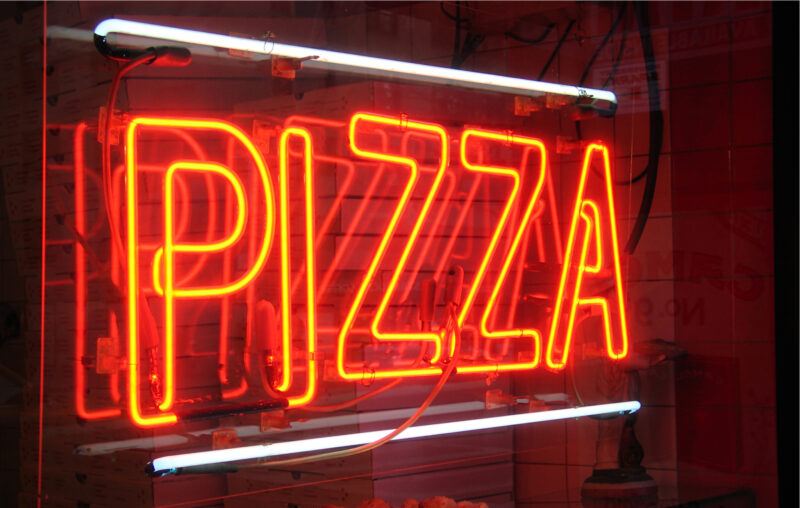 The correlation between changes in the price of a New York City subway token and the price of a slice of plain pizza has been cited as a harbinger of inflation for some time. Sometimes called the “Pizza Principle,” it reminds of similar economic rules of thumb, including the gold ounce-man’s suit rule and the Big Mac Index. By one account, the pizza-token link was discovered in 1980, and later found to hold true back to the 1960s. The general rule is that when the price of one rises, the other will follow, and when both have advanced inflation is picking up.

It is in some sense a spurious correlation. One is the price to access a government-run, heavily subsidized and essentially monopolistic mass transportation system; the other is the cost of a consumer good in a remarkably competitive market. Correlation, as the saying goes, is not causation. While both are purchases that for years many New Yorkers (including me) made regularly– for roughly two decades–there’s no substantially explanatory economic reason for the two prices to move in tandem. Over time, though, persistent inflation will affect nearly every good in a given economy, albeit to different extents and with different lag times.

In 1960, both a slice of plain pizza and a subway token were roughly 15 cents. In the stagflationary 1970s, the price of both rose to approximately 35 cents.

In the early 2000s, a slice of plain pizza rose to $2.00, and subway token prices stood at $1.50. Clyde Haberman of the New York Times, noting the $0.50 spread, wrote that “the pizza-token gap is so large these days that it is hard to see how the subwaymeisters can hold out.” Whether viewed as proof that inflation ultimately invades all corners of the economy, or that the Metropolitan Transportation Authority opportunistically raised fares under the cover of a mysterious linkage, token prices rose to $2.00 shortly thereafter.

The Rise of the 99 Cent Shops

In midtown, a number of 99 cent pizza shops opened between 2010 and 2015. While most offered a number of pizza variants, their most marketed offering was a plain slice for 99 cents. As reported in 2010, upon their emergence:

The signs at the corner of Ninth Avenue and West 41st Street have an unbelievable, you-gotta-be-kidding quality, like free beer or affordable housing–99¢ Fresh Pizza…Seven day a week, 24 hours a day, New Yorkers stand at the outdoor counter of 99¢ Fresh Pizza and pay as much for a plain slice as they did for a subway fare in 1986. At $1.50, the fee to use the sidewalk ATM nearby is more expensive…In New York City, the domain of the $1,000 omelet (Norma’s at Le Parker Meridien Hotel) and the $[81] burger (Old Homestead Steakhouse)…99 Cent Fresh and 2 Bros [a competitor] are an unlikely development.

They afforded lofty midtown rents by depending upon high, indeed extremely high, sales volumes: thousands of slices sold per day. My personal experience was that there was never a time aside from holidays that there wasn’t a long (but fast moving) line of waiting purchasers, often clear out the door.

Elsewhere and for the most part throughout the 2010s the price of an average slice of pizza still hovered at near $2.50. But by the second half of the decade, the token-slice correlation seemed to break down against the increasingly complicated pricing structure of NYC mass transit which arose with the use of Metrocards. It now costs essentially $2.75 to enter the subway system and pizza slices range from three to five dollars, although a handful of holdouts still offer a slice for between $2.00 and $3.00.

Yet 99 cent pizza joints maintained a queer imperviousness throughout that time period, even growing to number between ten and twenty. From the perspective of an economist with a deep appreciation for both the skills and impact of entrepreneurs, the economic calculation that accompanied the opening of the first successful such location is deeply impressive, especially in light of the costs and competition associated with operating in midtown Manhattan.

And for each subsequent market entrant–many in midtown Manhattan, not far from others–the requirements of the entrepreneurial calculus had to be even more keen. Imagine the 5th, 7th, or 12th such pizza location opening no more than six blocks from at least one competitor. Against the tremendous cost of renting prime New York CIty real estate, wages, the cost of ingredients, and other such expenses, an estimate of the likely food traffic, number of slices likely to be sold daily, the proportion of premium (non-99 cent) slices/food sold to 99 cent slices, and so on needed to be estimated. And estimated closely enough to hopefully earn a profit.

And even further, not just a profit such that revenue exceeds expenses. It must be a level of profit, more appropriately net income, that justifies the time and effort of the risk-taking businessperson. Why take the high risk and tremendous amounts of work associated with the hospitality industry to make a few percent per year, which could be made sitting at home owning Treasury notes or bonds?

Back to the pizza. It wasn’t gourmet, but in Manhattan one would be foolish to expect that, especially at those prices. But it was quick, tasty, hot, and cheap. Many were the single working moms and harried summer interns (and urban professionals, who could afford a much more expensive slice) who took advantage of it. Two slices of plain pizza and a drink for under $5.00 seemed too good to be true a decade into the 21st century.

Over the weekend, the New York Post reported a scene of retail disconsonance that is far less surprising in the inflationary, supply constrained American than it would have been at any time in the last few decades.

“It’s a little bit scary at times,” said…a customer at 2 Bros. Pizza on Eighth Avenue in Chelsea. “Eventually it’s going to reflect in rising food prices at every restaurant.” [He] savored slices on the sidewalk with friends amid a true sign of the times–the shop advertises $1.50 slices on a sidewalk menu board, right beneath its iconic bright red marquee boasting $1 pizza.

No doubt $1.00 pizza-preneurs have had to make adjustments over the years to keep the signature plain slices beneath the sales price. But the recent inflationary draft, following massive fiscal stimulus programs and expansionary monetary policy eighteen months ago, have upended the delicate balance, convoluting business calculation. Shipping delays, a product of a series of mishaps after the initial impact of lockdowns and stay-at-home orders–all ostensibly related to the outbreak and spread of Covid–have exacerbated growing scarcities.

“Inflation is affecting every single ingredient, every single item we use. Flour, cheese, tomatoes, gloves, paper goods, paper plates, napkins. Everything. Labor is definitely up, as well,” [the founder of] 2 Bros. Pizza…told The Post…[The] owner of Mona Lisa Pizzeria in Annadale on Staten Island, agreed. “I can list about 200 items that I’m buying for my store every week and every one of them went up 50 to 200 percent (over the last year),” he wrote on social media last week, sharing the shocking numbers in an open letter to patrons apologizing for price increases.

True to form and against the common slant that public officials frequently assert, the first choice among the pizzeria owners was to not raise prices but to absorb the initial loss directly: “Our profit margin goes down every day,” said one. But at some point, something has to give. As the NY Post article notes, the Staten Island pizza place has seen a handful of restaurants nearby shut down recently.

A September survey by the National Restaurant Association’s Pizza Industry Council found that 97% of casual-dining eateries experienced food and beverage shortages or delivery delays in recent months; 81% were forced to change offerings; [and] 88% reported profit margins below pre-pandemic levels.

Entrepreneurs fail regularly. The rate of failure over a five-year time frame is estimated at anywhere between 80 and 95 percent, even when prices are relatively stable. But considering that the lag time of monetary policy seems to be between nine months and two years, the price increases between October 2020 and October 2021 inarguably owe largely to expansionary policies. Between that time frame, cheese is up 10 percent. Pepperoni is up 67%. A case of tomatoes has increased in price by 76% and garlic by an astounding 400%.

And it’s not just food; other inputs have risen as well. Over the last year voluntary under- and unemployment–which is beginning to look stubborn–has resulted in wage hikes to entice the sidelined back into the workplace. The cost of gas for heating ovens is up almost 21% over the last year. Cardboard pizza boxes are up 93%, and the price of a case of aluminum plates has risen 92%. Needless to say, the spike of prices is hitting not only pizza places, and not only restaurants, and not only those in New York City.

And those price increases are essentially invisible, other than to entrepreneurs, for two reasons. First because of their reported form: a single inflation index reading is the aggregate of hundreds or thousands of uniquely-weighted prices, averaged over a select period of time. Also masking the intimate contours of inflation are varying index structures: different indices vary in their constituent elements, both in type and number. Consequently, a single monthly number–such as the year-over-year CPI, reported monthly–obscures the most extreme price differences. Whether omitted or smoothed into obscurity by a statistical calculation, each individual price inevitably means profit or loss, and sometimes survival or failure, for an entire stratum of businesspeople.

There is a lot of talk on social media these days about hyperinflation. (Hyperinflation describes a profoundly rapid period of inflation. Among competing definitions the most common is Philip Cagan’s, which defines it as an increase in the general price level of 50% per month or more.)  “Hyperinflation is right around the corner,” is a common refrain. But not only is that profoundly unlikely, it’s a sideshow. Prices may stabilize, either returning to 2019/2020 levels or leveling out at a new, permanently higher price level: either of those would aid in economic calculation. But as long as they are rising and relative prices are changing, commerce and consumers will suffer. Ask a friend who has lived in Argentina, Russia, or Ghana: a very non-hyperinflationary, “boring” price level increase of 10 to 20% annually for just a few years is enough to generate ruinous, life-changing waste, inefficiency, and impoverishment.

The severance of the half-century link between NYC subway fares and the price of a slice of plain pizza–a strange affinity, to be sure–was mostly complete a few years back. The destruction of the last bastions of cheap pizza in New York City–a new manifestation of “breaking the buck”–is more conclusive. It underscores the swiftness of the inflationary draft, suggesting that prices have begun to increase at rates and to degrees that confound even the most prodigious entrepreneurial talents.

Economic circumstances in the US may revert to some form of normalcy eventually, but there will be inflationary damage in the meantime–lost jobs, higher prices paid, and less customer choice. And these are only the latest of countless knock-on effects stemming from hasty, haphazard government policies undertaken in the early stages of the pandemic. Whether the current lift in price levels is a blip or only the opening stanza of a long-term trend, it’s unlikely that in coming years the connection between the effect of trillions of dollars injected into the US economy and the SARS-CoV-2 virus will be readily apparent.

This article, Twilight of the NYC Pizza Principle, was originally published by the American Institute for Economic Research and appears here with permission. Please support their efforts. 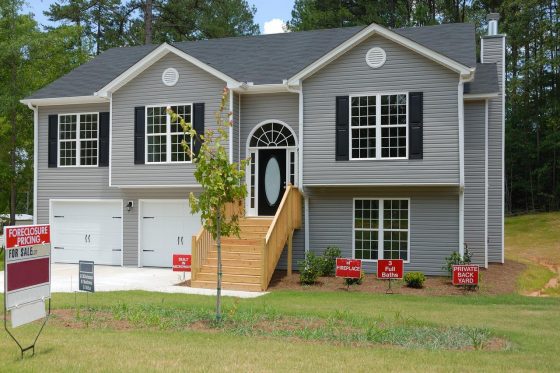 A “Housing Recession” Is Here, And It Isn’t Going To Be Fun…