To CBDC or Not to CBDC? 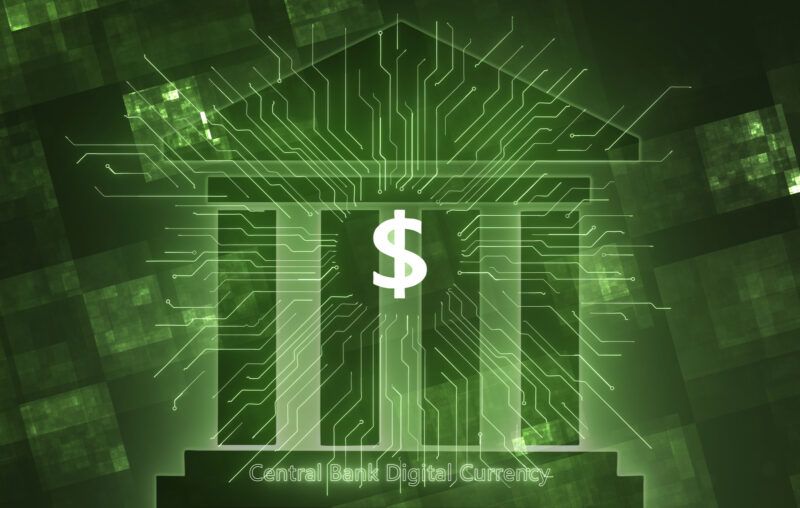 Count me as bemused by the idea of issuing a central bank digital currency.

The rough idea is to let citizens directly hold electronic currency issued by their central bank—the Federal Reserve in the US, the Bank of Canada in Canada. Citizens could then use the central bank digital currency, or CBDC, to make payments and transfers.

Why am I bemused? I’ve listened to all the arguments made for issuing a CBDC in Canada or the US. It seems to me that everything that a CBDC is supposed to fix can already be achieved by another existing process or institution—and these alternatives are typically cheaper and less risky.

In what follows, I’m going to provide a non-exhaustive list of reasons that advocates have provided to justify CBDC. For each I’ll explain what puzzles me.

Advocates say that a CBDC would provide regular consumers with safe electronic money issued by the government.

But consumers are already entitled to bank accounts that benefit from government deposit insurance. For most folks, I just don’t see what a new 100% safe alternative offers that existing 100% safe money doesn’t already offer.

Coronavirus relief payments were often delayed. Many went via old fashioned checks. CBDC advocates say that a CBDC would make it easier to pay relief and stimulus.

Here’s the problem with this view: relief payments were not slow because of the payment mechanism. Rather, they were slow because of information problems. Who is entitled to payments? How much? Where do they want their money to be sent? If those problems are solved, payments can be quickly sent electronically via regular bank accounts. If those problems are not solved, a CBDC would do little to improve matters.

Of course, many relief payments were not sent electronically. They were sent via slow and costly checks. Governments could provide relief more quickly in the future if it were to acquire and maintain bank account information for citizens and complement these efforts with prepaid debit cards for those who lack accounts or prefer not to receive relief payments electronically. This is a simple fix. It doesn’t require building an entirely new payments system.

People often complain about how long it takes to send money in North America. An ACH payment, for instance, can take a few days to settle. Advocates say that a CBDC would solve this.

However, the U.S. is already on its way to real-time domestic payments courtesy of new instant networks such as Zelle, MasterCard Send, Visa Direct, and The Clearing House’s Real Time Payments system.

The Fed’s own FedNow project, slated to arrive in 2024, will add to this capacity, while Payments Canada’s Real-Time Rail will debut this year.

Companies like Transferwise, MoneyGram, and Western Union are already doing real-time remittances from the U.S. and Canada to locations all across the globe. It clearly doesn’t require a CBDC.

As for costs, the World Bank shows that remittance fees have been steadily declining over the decade, particularly digital remittances. The most expensive remittances are those where the recipient demands physical cash. So long as recipients don’t demand physical cash, one should not expect a CBDC to significantly reduce the cost.

Around 5.4% of American households don’t have bank accounts. (This is less of a problem in Canada). Might a CBDC help?

I’m not convinced. Many unbanked Americans don’t trust banks. Why would they trust a digital currency issued by the Fed?

Furthermore, the U.S. government already has a turn-key solution for helping the unbanked. The Treasury issues low-fee Direct Express debit cards to Federal benefit recipients. Compared to building a new payments system to cater to the unbanked, it would be far easier to improve the Direct Express program and widen access to low-income people who lack bank accounts.

Some CBDC advocates worry about the digital currency threat posed by China, which has already rolled out a CBDC. They say that China’s CBDC could hurt the international role of the US dollar or threaten domestic monetary policy in smaller nations like Canada. Rolling out a domestic CBDC in response, they say, will counter this threat.

I don’t buy this argument. The US dollar’s international dominance is a function of an incredibly powerful banking vortex in New York City and America’s massive economy, not the medium on which dollars are printed. A Chinese CBDC won’t change this.

Smaller nations like Canada needn’t fear a Chinese CBDC either. Consider that Canadians currently live next door to the largest monetary power in the world. And, yet, Canadians continue to use Canadian dollars. Strong network effects keep the Canadian dollar in place. If a physical US dollar next door has been unable to undermine these network effects, it seems unlikely that CBDCs would fare better.

Some worry that, without a CBDC, private forms of currency, such as Facebook’s Libra, will replace government monies, resulting in a loss of state control over monetary policy and other policy goals like anti-money laundering and financial stability.

I think this problem is overstated. Libra’s currency was originally intended to be denominated not in dollars but in a novel Facebook-designed unit of account. If exotic units of accounts like China’s renminbi are unlikely to make much progress in Canada and the US (see previous section), then neither would Libra.

As for other policy concerns like financial stability, existing financial regulatory frameworks can bring new types of private money in line with state policy goals. A CBDC seems to me to be a very circuitous way of achieving this goal.

Another idea I’ve heard is that a CBDC would allow people to program money, sort of like how blockchains like Ethereum allow for users to write code that automates many financial processes.

But programmability doesn’t require creating a CBDC from scratch. Instead, central banks can modify their existing payments infrastructure (i.e. Fedwire in the US, LVTS in Canada) to incorporate application programming interfaces, or APIs, which would allow banks and fintechs to directly manipulate central bank processes. These intermediaries could then pass this functionality up to their customers via their own APIs.

Another argument for CBDC is that it can extend the privacy of citizens. Corporations have an incentive to harvest people’s data for profit, proponents of this view maintain, but a public sector issuer like a central bank does not.

Given how payments providers like PayPal snoop on their customers, there may be something to this argument. On the other hand, the historical experience of Swiss bankers and relatively new burner cards suggest that the private sector is capable of supplying privacy.

If central banks are interested in promoting payments privacy, they needn’t do so by rolling out a potentially costly CBDC. Instead, they might take a more hands-off role as standard setters, or regulators, of financial privacy.

Another argument for introducing a CBDC in Canada or the US is that it provides redundancy. In the event of a natural disaster or invasion, having a government-run back-up payments system would provide an extra layer of security.

Redundancy is a good thing. But rather than investing in a new and risky payment system, why not just set up security standards to which all existing payment systems must abide? Surely that would be easier than building a CBDC from scratch.

A final argument for CBDC is that it counterbalances the monopolistic or oligopolistic tendencies of the banking system. Market power manifests in undeservedly high transaction and overdraft fees. With a CBDC competitor, banks would be forced to respond by lowering fees.

Lack of competition is a bad thing. No doubt about it. But I’m still not sure why we would need a CBDC to solve this problem.

If Canadian politicians are serious about making the playing field more competitive, for instance, they might start by allowing foreign banks to compete with Canadian banks.

As for Visa and MasterCard, if they are operating uncompetitively, then anti-competition watchdogs should do their job.

The risks of building a US or Canadian CBDC are all worth taking on if the problems that they solve are significant. Unfortunately, some of the problems that CBDC advocates want to target, like the threat of China, aren’t really problems. Others, like the stimulus payments problem, can’t be solved by a CBDC.

Some of the deficiencies that advocates want to tackle, like a lack of competition or large unbanked populations, are indeed concerning. But there are existing ways to go about fixing these problems. It may be more prudent to use the battle-tested systems we already have (like anti-competition watchdogs) or modify them slightly (say, by expanding access to the Treasury’s Direct Express program) rather than coming out guns blazing and building new and risky infrastructure from scratch.

For now, consider me unconvinced of the need for a CBDC in Canada or the US. But I’m willing to change my mind.

This article, To CBDC or Not to CBDC?, was originally published by the American Institute for Economic Research and appears here with permission. Please support their efforts.