Time for a New University? 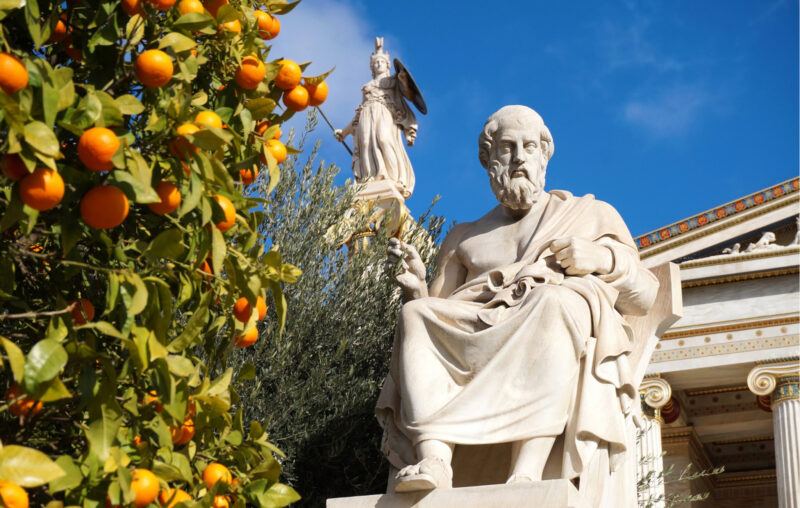 What can be done to fix these challenges? Is it time to build parallel schools to rival too-far-gone institutions? Is there room for new colleges and universities predicated on the serious, unbridled pursuit of truth and open inquiry, free from the rigid orthodoxies, anti-intellectualism, and close-mindedness of wokeism and identity politics?

The founding team consists of Pano Kanelos, formerly the president of St. John’s College who will serve as president; Niall Ferguson of The Hoover Institution and Stanford University; Bari Weiss, who made headlines in 2020 after resigning from The New York Times; Heather Heying, an evolutionary biologist; and Joe Lonsdale, a tech entrepreneur in the field of wealth management.

An impressive group. How will they ensure that UATX differs from the typical university, the kind that Arnold decries? For starters, they are steadfastly committed to free speech, robust debate, and unfettered questioning. “Our students,” Kanelos intones, “will be exposed to the deepest wisdom of civilization and learn to encounter works not as dead traditions but as fierce contests of timeless significance that help human beings distinguish between what is true and false, good and bad, beautiful and ugly.” He continues: “Students will come to see such open inquiry as a lifetime activity that demands of them a brave, sometimes discomforting, search for truths.”

Second, Kanelos et al. will distinguish UATX from legacy institutions by devoting their efforts to six principles (open inquiry, freedom of conscience, civil discourse, financial independence, intellectual independence, and political independence) and three pillars (open inquiry, a novel financial model, and an innovative curriculum). The repetition of “open inquiry” as both a principle and a pillar emphasizes the importance of that concept to UATX’s distinct mission. UATX is not about rigid orthodoxy or ideological conformity, but about curiosity, exploration, and self-examination.

Translating these lofty ideals into practice could prove difficult. Ralston College, which generated buzz for its similarly ambitious mission and curriculum, has never taken off. Back in 2010, Stanley Fish heralded Ralston College as “Back to the Future!” for its exciting, innovative approach to traditional learning and classical curriculum. Over a decade later, that prospective college hasn’t enrolled a single student. What will Kanelos and team do to ensure that UATX does not suffer the same fate?

I learned a few possibilities last month at the fall meeting of the Philadelphia Society, where Kanelos publicly announced the creation of UATX, and then at a three-day “co-creation” summit in Austin hosted by the Universidad Francisco Marroquín and the American Institute for Economic Research. At the latter, I discussed UATX with Kanelos at length, and the whole point of the summit was for inventive leaders in higher education to “crowdsource” or “workshop” pioneering ideas for improving university costs, governance, administration, instructional models, tuition—in short, anything that our large group could come up with. Some measures are simple: outsource or streamline anything extracurricular like athletics or clubs. Others involve partnerships with wealthy investors and businesses keenly interested in UATX’s success. For example, the young and wealthy Joe Lonsdale, an entrepreneur and philanthropist, is helping to fund and develop UATX. The missional obligation to abide by principles of truth-seeking and constructive disagreement guards against undue influence that donors might have on academic freedom.

UATX is in embryonic stage and, therefore, receptive to unique and imaginative suggestions, such as courses regarding sound money and cryptocurrency, yet it has a plan to ensure that its business model is viable and that its mission remains uncompromised. It aspires to launch a summer program in 2021, a graduate program in Entrepreneurship and Leadership in 2022, and graduate programs in Politics, Applied History, Education, and Public Service in 2023. By 2024, it will have established an undergraduate college with a rigorous liberal arts program that students must complete before choosing between different tracks, each organized under the aegis of a different center of academic excellence. My guess is that, although the ideas for these centers are mapped out, their design remains fluid, not fixed, and their rollout will require some practical flexibility.

Predictably, the media commentariat is apoplectic about UATX. Tom McKay intemperately refers to the university founders as “a sampling of the nation’s most intolerable contrarian columnists, right-wing pundits, and other stuffed shirts.” Without citing evidence for his opinion, Daniel W. Drezner emotes, “If its faculty even remotely resembles the board of advisers, the school would be assembling the most cantankerous, egotistical assortment of individuals since the Trump White House.” Claire Goforth claims that the announcement of UATX “comes from the minds of the nation’s most prominent reactionary bloggers and thinkers, who have become iconoclasts for their desires to break with the ‘woke’ movement they believe is brainwashing elite American academic universities and trickling down to the rest of the country.” Harsh words!

Writing for The Daily Beast, Noah Kirsch says, “Buried in the school’s FAQ section: it does not actually offer degrees, nor is it yet accredited.” Accreditors often require startups to operate for a period, even to grant degrees, as a prerequisite to accreditation. I do not know the policies of the Texas Higher Education Coordinating Board or the Higher Learning Commission—from which UATX will seek accreditation—but the fact that UATX isn’t accredited yet should come as no surprise.

The foreseeable ranting and naysaying among journalists and scribblers isn’t an impediment to UATX. The chief challenge for UATX, in fact, will be recruiting students. How will a UATX admissions office convince high school seniors and their parents that attending there can yield measurable returns on investment, that UATX has the staying power and credibility to endure inevitable criticisms and to flourish amid a rambunctious culture increasingly fractured along political lines. To make recruitment more manageable, UATX is starting backwards: with summer programs and M.A. programs before operationalizing the undergraduate program.

UATX must also be wary of faculty and staff seeking to abandon their posts at legacy institutions to seize on this new opportunity. “Hundreds of college professors pleaded to join [UATX],” reports Fox News. These professors must be carefully vetted lest they attempt to bureaucratize UATX along the lines of other universities, or, worse, sabotage the whole project. Even well-meaning academics have been acculturated to working and business conditions that, by and large, aren’t subject to market pricing mechanisms. UATX should hire in the manner of Hillsdale College, requiring interviews not just with each department but with the provost and the president as well.

UATX is that odd combination of traditional and innovative, pouring old wine into new wine skins. Its success could usher in a new era in educational reform. The stakes, it seems, are high. But my hopes are even higher.

This article, Time for a New University?, was originally published by the American Institute for Economic Research and appears here with permission. Please support their efforts.