Three Principles for Monetary Institutions: Review of Money and the Rule of Law 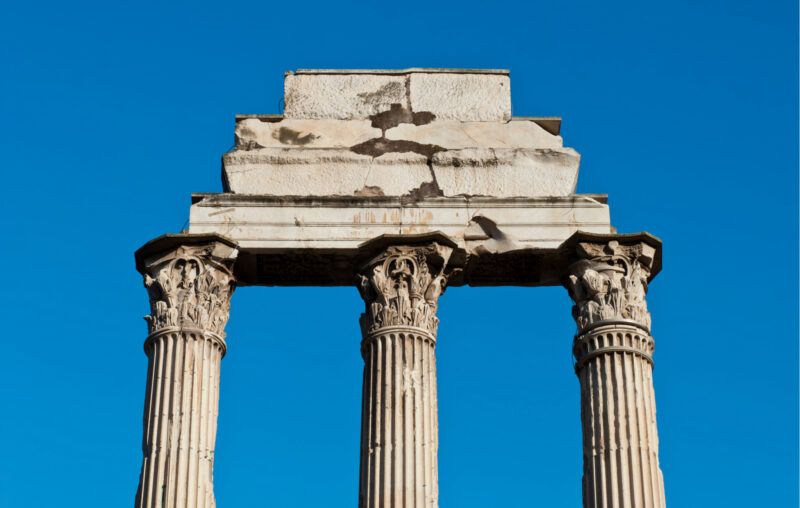 This will not surprise you: a book on monetary policy written by three George Mason University-trained economists explores the institutional details of the monetary constitution, concludes that they matter, and argues for strong rules binding the hands of the Creature from Jekyll Island. Money and the Rule of Law argues from within the “mainline” tradition tracing back to Adam Smith and exemplified in the twentieth century by Friedrich Hayek, Milton Friedman, and James M. Buchanan. It questions a lot of things we usually take for granted in the discussion of monetary policy, and makes the case for generality, predictability, and robustness created by strict monetary rules. It is a timely contribution as the world continues to recover from the Great Suppression and as more and more people come to agree that rising inflation–an annual rate of 6.9 percent in November 2021, as measured by the Consumer Price Index–is not “transitory.”

Critics will accuse the authors of being ideologically motivated. However, they are doing comparative institutional analysis based on the principle that people exchange when they expect to be better off as a result. Their commitments are based on a firm foundation of evidence that libertarian principles are conducive to human flourishing, and the achievements of civilization are worth defending–and are threatened by monetary malfeasance. After all, as they quote John Maynard Keynes, “There is no subtler, no surer means of overturning the existing basis of society than to debauch the currency” (p. 155).

Boettke, Salter, and Smith ask: “How can it be that policies motivated by public interest, especially when crafted and implemented by men and women of integrity, advance purposes so contrary to their original intent?” They answer: “…it is not the intentions of the policymakers that matter, but the adaptive value of policy in a context where success requires placating various private interest groups, whose interests often diverge from that of the public at large” (p. 116). They argue for monetary rules that are stronger than simply “Don’t appoint or elect fools and knaves.” Alan Greenspan, Ben Bernanke, Janet Yellen, and Jerome Powell are neither, and yet here we are.

How do they make their case? First, they explain that monetary institutions confront “true knowledge problems” where the relevant knowledge needed for macroeconomic coordination is inseparable from reliable market prices. It is not, they argue, merely a technical problem with a solution that can at least be approximated by better models, better data, and more powerful computers–though they note that these considerations have an important place at the table. To use one example, they quote former Fed chair Paul Volcker and Christine Harper on p. 39: “In the short run, institutional changes made it difficult to precisely define what we meant by ‘money’.”

Third, they explain that there is a pretty big gap between what an ideal monetary authority does in the academic literature and what the real Fed does in the real world. The Fed has credibly committed in the wrong direction. As they put it (p. 11),

The Fed’s history of bailouts…suggests credible commitment in the other direction: Because the Fed has a history of not allowing ‘important’ financial institutions that became insolvent to fail, the public has a reasonable expectation that the Fed will not constrain itself to limited and predictable responses in the event of potential systemic events.

Given the importance Deirdre McCloskey and I attach to the Bourgeois Deal, this is important because it undermines innovism with slogans about banksterism and inequality. It undermines the already-tenuous public legitimacy of the profit motive and generates talking points for commentators claiming that “capitalism has failed.” The Fed’s “quantitative easing” under Bernanke was a marked departure from traditional monetary policy, and I cannot help but be a little concerned that as of this writing in December 2021, the Fed has roughly doubled its holdings of mortgage-backed securities since the Great Suppression.

Their analysis will make me revise my in-class discussions of central bank independence, which, they explain, is a pleasant fiction. The Fed has done a pretty good job, all things considered–looking at the consequences of monetary populism in Latin America, for example, shows how things could be far worse–but Boettke, Salter, and Smith highlight the too-tight nexus between the Fed and executive/legislative political prerogatives backed by thinly-veiled legislative threats, as in the case of the Volcker disinflation (cf. p. 77). They quote Sarah Binder and Mark Spindel’s 2017 The Myth of Independence: How Congress Governs the Federal Reserve: “Far from a demonstration of Fed independence, the Fed’s performance under Volcker’s leadership indicates that support from fiscal authorities is necessary for the Fed to sustain unpopular monetary policy.” This wasn’t an isolated incident. They also explain how Eisenhower, Johnson, and Nixon pressed for looser monetary policy.

“Constrained discretion” is their foil, and they explain how this really just means “discretion.” One could summarize “constrained discretion” as “rules during normal times, discretion during extraordinary times,” but they argue that extraordinary times are precisely when the rule of law matters most. Moreover, “extraordinary times” have a tendency to multiply. There is always some kind of crisis somewhere that seemingly demands intervention from someone. A quick Google search revealed active Public Health Emergency declarations related to Covid, opioids, and the effects of Hurricane Ida on New York, New Jersey, Louisiana, and Mississippi. The rule of law is important because it isn’t that hard to cook up a plausible-sounding disaster-based rationale for discretion, and in light of this, institutions that only work well if the right people in charge are pretty fragile.

Back-cover blurbs from John Taylor (a likely future Nobel winner), Peter Ireland, Lee Ohanian, and William F. Ford notwithstanding, I suspect a lot of mainstream and Keynesian monetary economists will not be persuaded. First, there’s the presumption that if it is not modeled or measured, it doesn’t matter. Second, the mainstream can argue that the Great Recession could have been much worse had Bernanke, Henry Paulson, and Timothy Geithner not held their noses and done what they did. Keynesians might quote James Tobin in response to their analysis of price distortions and miscoordination: “It takes a heap of Harberger triangles to fill an Okun’s gap.” These are opportunities, however, for graduate students working with Boettke, Salter, and Smith to translate their insights into the mainstream model-and-measure framework and to do further applied work evaluating the presumed trade-off between coordination and aggregate demand.

I agree with the back-cover endorsement from Ohanian, who says that Money and the Rule of Law is “important for all readers hoping to preserve good governance, promote shared prosperity, and limit expropriation by those who would exploit democratic institutions.” I have flirted with the idea of assigning this in my intermediate macroeconomics class this coming Spring since I often ask students to make the case for “rules” or “discretion” in monetary policy on their final exams. Now that I’ve read it carefully, I’m going to.

This article, Three Principles for Monetary Institutions: Review of Money and the Rule of Law, was originally published by the American Institute for Economic Research and appears here with permission. Please support their efforts.