Three Decades Ago the Soviet Union Collapsed: The Evil Empire No Longer Could Hold Human Liberty in Check 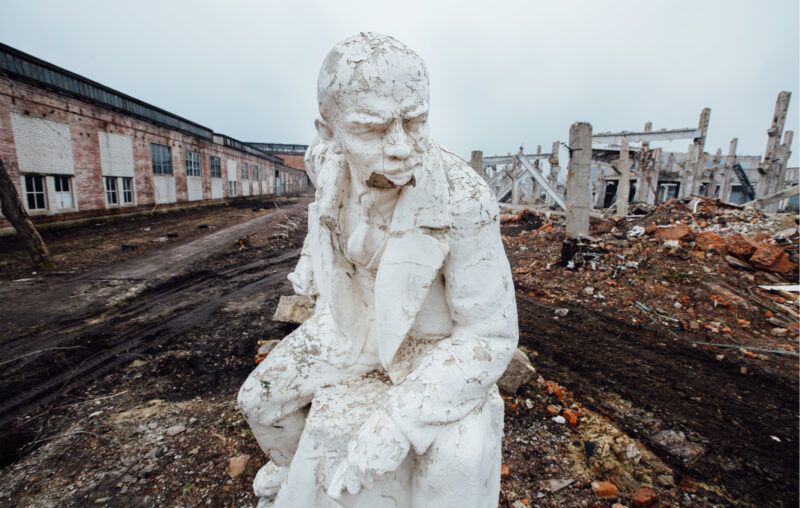 Ronald Reagan’s 1980 presidential campaign was distinguished by his eloquent rhetoric of freedom. The international backdrop was the Cold War. And the chief threat was the Union of Soviet Socialist Republics, which Reagan accurately labeled the Evil Empire.

The USSR was an empire. It assuredly was evil. Although the infamous Gulag Archipelago was history, the ghostly apparitions of millions of prisoners continued to pass judgment on the arctic hell through which so many Soviet citizens had passed.

Two short-lived, sickly general secretaries followed during the next three years, before Mikhail Gorbachev took over on March 11, 1985. He was tabbed as a likely reformer, though no one could be sure. Some US observers had thought Yuri Andropov—the KGB chief who had served in Budapest as KGB station chief during the Hungarian Revolution—was a reformer because he reportedly liked jazz. Alas, his musical tastes bore no relation to his politics. However, Gorbachev was younger, vigorous, and a reported advocate of liberal ideas.

Still, no one expected that in little more than four years the Berlin Wall would be torn down. And in a bit more than six years the Soviet Union would be no more. The Moscow regime obviously was sickly. It turns out the condition was virulently terminal.

But the Evil Empire’s death wasn’t the miracle that occurred three decades ago. The Soviet Union’s peaceful death was.

The Soviet Union was born in war, chaos, death, hardship, and tragedy. By November 1917 the Russian people were tired of being treated as cheap military inputs in a conflict over, about, and for nothing. Neither the royalists nor the liberals supported peace. The Bolsheviks did. Thus came the November Revolution, which ousted the provisional government that seemed certain to sacrifice every last soldier to the continental abattoir known as World War I.

Animated by Vladimir Ilyich Lenin’s manic energy and deadly conviction, the Bolsheviks, even a minority on the revolutionary left, won a brutal civil war and created a death state. The resulting regime survived numerous crises, including an extraordinary leadership battle to succeed Lenin, who died at age 53 in 1924. The victor was Joseph Stalin, the legendary “Man of Steel,” who brilliantly outmaneuvered and ruthlessly murdered, usually after grand show trials, his competitors.

In Death by Government, the late social scientist R.J. Rummel described in horrifying detail how the secret police under Stalin operated: “[m]urder and arrest quotas did not work well. Where to find the ‘enemies of the people’ they were to shoot was a particularly acute problem for the local NKVD, which had been diligent in uncovering ‘plots.’ They had to resort to shooting those arrested for the most minor civil crimes, those previously arrested and released, and even mothers and wives who appeared at NKVD headquarters for information about their arrested loved ones.”

Stalin’s death in 1953 mercifully terminated the terror state. Alas, the improvement was only relative. Liberation remained decades away. Khrushchev’s USSR was more liberal but chaotic, with the Cuban Missile Crisis taking the world to the brink of nuclear war. Under Brezhnev the oppression was persistent, but at least predictable and manageable.

Although the Soviet experience was horrendous, it was not unique. The Eastern Europeans were bad, though mostly pale copies of Moscow, save Albania, which doubled as an outdoor insane asylum. Incredibly, the People’s Republic of China was worse than the Soviet Union, and much worse in certain ways. Cambodia (Kampuchea) under the Khmer Rouge may have come closest to any human conception of hell. North Korea generated a different brand of Hades. Cuba, Laos, and Vietnam persist today, though as somewhat faded versions of their not-so-distant brutal pasts. Communism’s cumulative death toll will never be known with certainty, but likely runs to 150 million and perhaps as much as 200 million.

The continuing desire for freedom of the Soviet people, and those they ruled over, routinely broke forth. There were celebrated defectors, like 12-year-old Walter Polovchak, nicknamed the littlest defector. There were indomitable critics, such as Aleksandr Solzhenitsyn, author of the sweeping, devastating The Gulag Archipelago. There were forlorn reformers, most tragically Hungary’s Imre Nagy and Czechoslovakia’s Alexander Dubcek. There were the foreign prophets, such as Ronald Reagan. And so many others, who often at great personal cost, stood against the oppressive state. Yet the communist behemoth—inefficient, angry, wounded, spiteful, brutal, detested, wasteful, vicious, moribund, confused, evil—staggered on.

Then came Gorbachev. He turned out to be the single most important agent of change.

Yes, Reagan was vital. He recognized the USSR as a national Humpty Dumpty, ready for its great fall. Contra the widespread assumption among foreign policy specialists that communism was likely to be with us for years, even decades, Reagan saw weakness, economic, to be sure, but also moral and spiritual. No doubt there were true believers in the Soviet Union, but resigned cynicism was the dominant sentiment. How many Soviet communists really would risk life and limb on behalf of their system?

Also, Reagan, despite his hardline reputation, was horrified by the thought of war. He was appalled that deterrence relied on mutual assured destruction, which meant his only planned response to a Soviet nuclear attack would be to slaughter millions of Soviet citizens in turn. As a result, he supported missile defense and even sought to abolish nuclear weapons. He recognized how close the US and USSR came to disaster during the military exercise Able Archer. Although Reagan was criticized as being an appeaser by ultra-hawks such as Norman Podhoretz, the president was looking for a partner to walk back from the Cold War. Gorbachev became that person.

The latter came from a peasant Russian family with Ukrainian blood. His family suffered during Stalin’s collectivization and industrialization program and Great Purge (or Great Terror). Yet he rose politically despite holding some stunningly liberal political views. After advancing to the Politburo he quickly impressed Western leaders. In December 1984 British Prime Minister Maggie Thatcher said: “I like Mr. Gorbachev. We can do business together.” Reagan saw “warmth” in the Soviet leader’s “face and style” and “a moral dimension in Gorbachev.”

The difference soon became evident in his policies. He avoided self-adulation and encouraged internal debate. He famously initiated glasnost (openness) and perestroika (reform). Shortly after taking power he brought physicist and Nobel Laureate Andrei Sakharov back from exile in the “closed” (to foreigners) city of Gorky. He sought to address Stalin’s crimes by rehabilitating victims even decades later. He agreed to arms control and withdrew Soviet forces from Afghanistan.

And he kept Red Army troops in their barracks in the breakthrough year of 1989, when the East European “satellites” slipped their orbits. “You know the Frank Sinatra song, ‘I Did It My Way?’” his aide Gennadi I. Gerasimov told the New York Times: “Hungary and Poland are doing it their way.”

Poland and Hungary began the cascade. Czechoslovakia and Bulgaria followed more slowly. Most dramatically, the Berlin Wall fell on November 9, 1989, after East Germany’s leadership refused to commit mass murder and mow down protestors. However, the most amazing denouement was Romania, where the dictator and dictatress, Nicolae and Elena Ceausescu, faced a drumhead court and firing squad on Christmas Day.

The Soviet Union staggered along for two more years. The regime increasingly failed to manage the economy. Constituent republics began moving toward independence. Authoritarian forces plotted a reactionary turn. In August 1991 came the inevitable coup, which collapsed when peaceful demonstrators confronted Red Army troops on Moscow streets. Gorbachev returned to head a government that was little more than husk.

On December first, Ukraine declared independence, sealing the communist behemoth’s doom. In the coming days a dozen heads of republics signed the Belavezha Accords, which declared that “the USSR ceases to exist as a subject of international law and as a geopolitical reality.” On Christmas Day Gorbachev announced his resignation and the Soviet flag was lowered for the last time.

Three decades ago this month the Evil Empire—created by Vladimir Ilyich Lenin, empowered by Joseph Stalin, dessicated by Leonid Brezhnev, and buried by Mikhail Gorbachev—ended. Disappeared. Collapsed. Vanished. Disintegrated. Failed. And all the misguided intellectuals, venal apparatchiks, and murderous ideologues could not put it back together again.

Liberty is fragile and under constant threat. Constant vigilance is necessary for its defense. The danger will never fully pass. However, good people can, and sometimes do, win. No matter how terrible this moment might seem to some, almost any moment during the Cold War was worse. At least until December 26, 1991, when the Soviet Union was rudely tossed into history’s great trash can. There it has stayed. And there it will stay.

This article, Three Decades Ago the Soviet Union Collapsed: The Evil Empire No Longer Could Hold Human Liberty in Check, was originally published by the American Institute for Economic Research and appears here with permission. Please support their efforts.