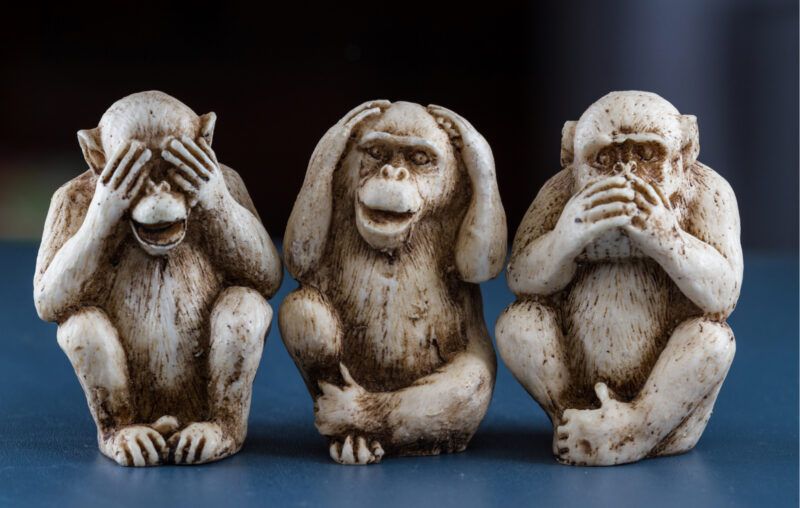 Inflation is one of the most studied phenomena in economics. We have a pretty good idea of where it comes from and how it works. Unfortunately, a large knowledge gap remains between economists and the “man on the street.” There are several persistent myths that just won’t die.

Let’s see if we can put a few of them to rest.

The concept of money demand can be confusing. After all, we’d all like more money! Doesn’t this mean money demand is infinite? No, because money demand refers to something specific: the fraction of our wealth we want to hold in cash and close cash substitutes, like demand deposits. It’s about portfolio choice.

Money demand can change for many reasons. We don’t need to make an extensive list of them. Just keep in mind that you can’t say whether changes in the money supply will put upward pressure on prices without also knowing what’s going on with money demand.

Alas, still not right. This time, we’re conflating two concepts: the price level (the inverse of money’s purchasing power of money) and the inflation rate.

“Price level” is a phrase economists use to describe several statistical price indexes. Track the prices of a basket of goods, transform those prices into a single index number, and you’ve got the price level.

But inflation is the percentage change in the price level, not the price level itself. If there’s a big, unexpected increase in the money supply, the price level will rise. But, as long as it is a one-time increase and the public doesn’t expect more to follow, it will not result in a higher rate of inflation in the future. It is true that inflation would be instantaneously high––that is, at the point in time when the price level jumps. After that, however, the inflation rate will drop back down to whatever trend it exhibited before.

3. The equation of exchange says inflation is solely a monetary phenomenon

Oh dear. Several errors here. First, it confuses the equation of exchange with the quantity theory of money. Second, it butchers Milton Friedman’s famous quote, in a way that would make that great economist pretty cranky.

Let’s start with the equation of exchange, MV=PY. The money supply times velocity (average rate of dollar turnover) equals the price level times real income. This is purely definitional: it follows from the fact that V is defined as the ratio of PY to M.

The quantity theory of money (QTM), on the other hand, is a specific economic theory that incorporates additional assumptions to make testable predictions. The QTM says that increases in the money supply cause proportionately equal changes in the price level, provided the following assumptions hold: (a) the velocity of money is stable, and (b) money is neutral, meaning real income is independent of the number of green pieces of paper we all pass around.

Furthermore, it’s possible for non-monetary factors to drive inflation. Milton Friedman knew this well. When money is abundant relative to goods, goods get more expensive. But this means inflation can be caused by a general scarcity of goods! Even without changing the money supply, when producing stuff gets harder, prices go up. We’re experiencing this now: all those supply-chain problems you’ve doubtless heard about are contributing to inflation.

Let’s be more specific. We can write the equation of exchange in dynamic form: gM + gV = gP + gY, where “g” denotes growth rates. When production in general gets harder, gY declines for non-monetary reasons. When gY declines, but the growth rate of money gM and the growth rate of velocity gV are unchanged, we get higher inflation, gP.

These might seem like nit-picky objections. They aren’t. If we oversimplify inflation, we won’t know how to fight it, or whether we should fight it at all. Political responses to economic turmoil are bad enough without the additional complication of widespread misperceptions amongst the public.

“It’s not what you don’t know that kills you, it’s what you know for sure that ain’t true,” quipped Mark Twain. When it comes to economics, this is right as right can be! Let’s make sure we have a nuanced perspective on inflation, so we’re not tripped up by what we mistakenly think we know.

This article, Three Common Myths About Money and Inflation, was originally published by the American Institute for Economic Research and appears here with permission. Please support their efforts.