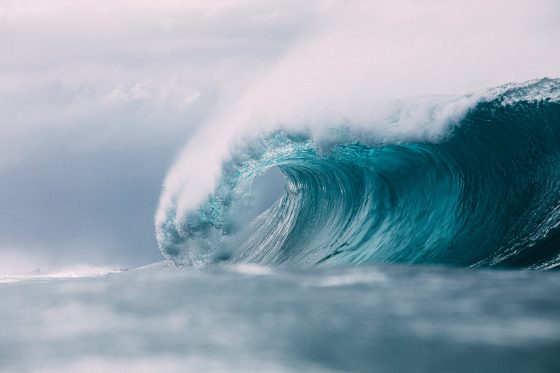 This is starting to look like 2008 all over again.  For years, the tech industry was the strongest part of the U.S. economy by a wide margin.  The largest tech firms were raking in billions upon billions of dollars in revenue and their stock prices soared to unprecedented levels.  But now the tech industry has suddenly fallen on difficult times.  Many large tech companies are laying off huge numbers of workers, and we are being warned that even more layoffs are ahead.  If the most prosperous sector of our economy is experiencing this much trouble already, what is the outlook for the rest of the economy as we head into 2023?

As I write this article, the layoffs that Elon Musk is conducting at Twitter are making headlines all over the planet.  It is being reported that approximately half of all Twitter workers could lose their jobs, and the widespread layoffs are apparently happening “in departments across the company”…

Twitter on Friday laid off employees in departments across the company, in a severe round of cost cutting that could potentially upend how one of the world’s most influential platforms operates one week after it was acquired by billionaire Elon Musk.

Numerous Twitter employees began posting on the platform Thursday night and Friday morning that they had already been locked out of their company email accounts ahead of the planned layoff notification. Some also shared blue hearts and salute emojis indicating they were out at the company.

Needless to say, a lot of these former employees do not plan to go quietly.

In fact, some of them have already slapped Twitter with a federal lawsuit…

Twitter has been sued by multiple staff members over an alleged violation of federal law, with workers claiming they were not given enough notice regarding planned layoffs.

Employees who had worked at Twitter’s offices in San Francisco, California, and Cambridge, Massachusetts filed a class-action lawsuit in the U.S. District Court, Northern District of California (San Francisco) on Thursday.

Lots of other large tech companies are conducting mass layoffs, and in each case the current economic climate is being blamed.

For example, Lyft has announced that it will be laying off 13 percent of its workforce…

Lyft Inc. said it is cutting 13% of staff, or nearly 700 jobs, the latest technology company to say it needed to reduce costs ahead of choppy economic conditions.

Confirming an earlier report by The Wall Street Journal, Lyft co-founders John Zimmer and Logan Green announced the cuts to staff Thursday. “There are several challenges playing out across the economy. We’re facing a probable recession sometime in the next year and ride-share insurance costs are going up,” they wrote in the memo viewed by the Journal.

Chime is one of the latest private tech firms to announce layoffs amid a worsening economic outlook and a recent wave of cuts from both public and private companies.

A company spokesperson told CNBC that the so-called challenger bank – a fintech firm that exclusively offers banking services through websites and smartphone apps – is cutting 12% of its 1,300-person workforce, adding that while they are eliminating approximately 160 employees, they are still hiring for select positions and “remain very well capitalized.”

Not to be outdone, 18 percent of Opendoor’s workforce is about to get the axe…

Opendoor Technologies Inc. is laying off about 550 employees after higher mortgage rates cratered US housing demand.

The layoffs will reduce Opendoor’s headcount by about 18%, according to a company blog post. The cuts come after an abrupt shift in prices forced the company to sell homes for less than it paid for them.

In other cases, we are seeing companies that seemed to be doing really well let workers go.  As I discussed yesterday, Stripe has decided to “let go of 14% of its staff”…

Silicon Valley payments giant Stripe announced that it has let go of 14% of its staff. Citing global economic challenges including inflation, higher interest rates and “sparse startup funding,” cofounder and CEO Patrick Collison said in an email to employees that Stripe needs to cut costs.

I guess Stripe isn’t doing quite as well as we all thought.

Meanwhile, we have also just learned that Dapper Labs will be reducing the size of their workforce by 22 percent…

One of the biggest names in the non-fungible token (NFT) industry is dramatically reducing headcount as the crypto bear market continues to take a toll on Web3 companies.

Dapper Labs, which created the NFT marketplace NBA Top Shot, is laying off 22% of its staff, citing the “macroeconomic environment.”

But the economy is doing just fine, right?

Isn’t that what the federal government keeps telling us?

Well, if the economy is in such good shape, why does the tech industry keep laying off so many workers?

Even before this latest round of layoff announcements, the tech industry had already laid off over 52,000 workers so far this year…

After a banner year for tech, layoffs are here. In fact, as of late October, more than 52,000 workers in the U.S. tech sector have been laid off in mass job cuts so far in 2022, according to a Crunchbase News tally.

Tech companies as big as Netflix have slashed jobs this year, with some citing the effects of the COVID-19 pandemic and others pointing to overhiring during periods of rapid growth. Robinhood, Glossier and Better are just a few of the tech companies that have notably trimmed their headcount in 2022.

Of course it isn’t just the tech industry that is letting people go.

According to Reuters, Morgan Stanley is gearing up for “a fresh round of layoffs”…

Wall Street major Morgan Stanley is expected to start a fresh round of layoffs globally in the coming weeks, three people with knowledge of the plan said, as dealmaking business takes a hit due to rising inflation and an economic downturn.

So please don’t listen to any politician that tries to tell you that everything is going to be okay.

Everything is definitely not okay.  According to Challenger, Gray & Christmas, the number of layoff announcements in the United States is far higher than it was last year at this time…

The job placement agency Challenger, Gray & Christmas released a report on Nov. 3, which revealed that American-based firms announced 33,843 job cuts last month, up from 29,989 in September.

This is higher than the same month last year, when 22,822 employees were laid off.

Hopefully your job is safe, because I believe that we will eventually see millions of Americans lose their jobs during this new economic downturn.

We are truly moving into unprecedented territory, but unfortunately most Americans simply do not understand what is ahead.

A lot of people seem to think that we will have some sort of a mild recession and then things will get back to normal.

I wish that was true.

Unfortunately, a day of reckoning is now upon us, and countless numbers of our fellow Americans are about to have their lives completely turned upside down.

***It is finally here! Michael’s new book entitled “End Times” is now available in paperback and for the Kindle on Amazon.***

About the Author: My name is Michael and my brand new book entitled “End Times” is now available on Amazon.com.  In addition to my new book I have written six other books that are available on Amazon.com including “7 Year Apocalypse”, “Lost Prophecies Of The Future Of America”, “The Beginning Of The End”, and “Living A Life That Really Matters”. (#CommissionsEarned)  When you purchase any of these books you help to support the work that I am doing, and one way that you can really help is by sending digital copies as gifts through Amazon to family and friends.  Time is short, and I need help getting these warnings into the hands of as many people as possible.  I have published thousands of articles on The Economic Collapse Blog, End Of The American Dream and The Most Important News, and the articles that I publish on those sites are republished on dozens of other prominent websites all over the globe.  I always freely and happily allow others to republish my articles on their own websites, but I also ask that they include this “About the Author” section with each article.  The material contained in this article is for general information purposes only, and readers should consult licensed professionals before making any legal, business, financial or health decisions.  I encourage you to follow me on social media on Facebook and Twitter, and any way that you can share these articles with others is definitely a great help.  These are such troubled times, and people need hope.  John 3:16 tells us about the hope that God has given us through Jesus Christ: “For God so loved the world, that he gave his only begotten Son, that whosoever believeth in him should not perish, but have everlasting life.”  If you have not already done so, I strongly urge you to invite Jesus Christ to be your Lord and Savior today.