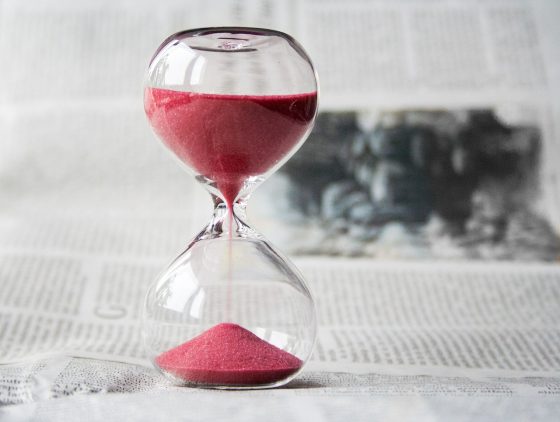 Many of the emergency economic measures that were put into place to support the American people financially throughout this pandemic are about to disappear, and that means that big trouble is on the horizon.  Right now, we are in the midst of the deepest economic downturn since the Great Depression of the 1930s.  Economic activity has fallen dramatically, more than 100,000 businesses have permanently closed, and more than 44 million Americans have lost a job so far in 2020.  But up to this point most Americans are not feeling too much economic pain thanks to unprecedented intervention by the federal government.  Unfortunately, that short-term boost of artificial relief is about to wear off, and that is going to cause some major problems as we approach the end of this calendar year.

Earlier today, two sentences from a Buzzfeed article about the extreme economic despair that is ahead of us really got my attention…

The US economy right now is like a jumbo jet that’s in a steady glide after both its engines flamed out. In about six weeks, it will likely crash into the side of a mountain.

I think that is a perfect description of what we are facing, except that I would replace “U.S. economy” with “U.S. consumers”.

The truth is that the economy has already crashed, but consumers have been shielded from the effects of that crash by trillions of dollars in emergency government spending and other unprecedented measures…

What’s kept us in the air so far is an extraordinary government relief effort. In most states, evictions have been temporarily banned, preventing a mass homelessness crisis. Most federal student loan payments have been put on hold, removing one of the largest recurring monthly expenses that millions of people face. Banks were ordered to give their customers a six-month break on mortgage payments if requested.

Most importantly, and counterintuitively, household income sharply increased in April as hundreds of billions of dollars in lost wages were replaced by trillions in government spending. The government sent out more than 159 million stimulus payments of up to $1,200 per adult (more if you have kids), and more than 20 million unemployed people became eligible for an extra $600 a week in federal unemployment benefits. The result, according to Bloomberg, was the largest monthly increase in household income ever recorded.

What we have witnessed has been a sudden transfer of wealth that is unlike anything we have ever seen in all of U.S. history, and this has allowed most Americans to get through the past few months without too much of a problem.  In fact, many unemployed workers have been bringing home more money than they did when they were actually working.

But on July 31st (about 6 weeks from now) that is all going to change.

The $600 unemployment bonuses are scheduled to end on that date, and President Trump and Republican leaders in Congress have made it clear that they have no intention of extending them.

In addition, it looks like there will be no more direct checks from the government for ordinary Americans even if another “stimulus bill” is passed.

So tens of millions of Americans will soon be facing a future in which they are bringing in very little income.

In addition, the various bans on evictions around the country will soon be coming to an end, as will the grace periods for mortgage payments.

Without enough income coming in, a lot of Americans will soon be losing their homes, and this will likely really start ramping up as we head into the holiday season.

On top of everything else, the grace period on federal student loans will come to an end at the beginning of October.

Basically, all of the economic pain that had been deferred will come rushing back with a vengeance over the next several months.

Of course Congress could delay things a bit more by borrowing and spending trillions of more dollars that we simply do not have, but all of the reckless spending that they have done already has put us in very perilous territory…

Trillions are now whooshing by at a breath-taking pace. The US gross national debt – the total of all Treasury securities outstanding – jumped by $1 trillion over the past five weeks, from May 4 through June 8, and by $2.5 trillion for the 11 weeks since March 23.

The total US national debt outstanding has reached $26 trillion, according to the Treasury Department.

It took from the founding of the United States until 1981 for the U.S. national debt to reach one trillion dollars, and now we have added that same amount to the debt in just five weeks.

Our elected officials are absolutely destroying our future, but most Americans don’t seem too alarmed by this.

Instead, many are clamoring for even more “free money”, because they say that what they have gotten so far is not nearly enough.

Of course the federal spending that has already taken place has not exactly had the desired effect.

Americans were supposed to take the money they were receiving and spend it.

But instead, one recent survey found that most Americans are actually cutting back on their spending right now…

No matter how much money Congress showers on the American people, they aren’t going to be able to eliminate the overwhelming fear that COVID-19 has created.

For the foreseeable future, a large portion of the population is simply not going to resume their normal economic patterns because they are scared of the virus.

And in many of our large cities, rioting, looting and violence has depressed economic activity even further.

A major economic downturn is here, and it looks like it is going to be very, very deep.

Congress was able to minimize the discomfort for a while, but those emergency measures were only intended to help for a short period of time, and in about six weeks the entire country is going to start feeling a tremendous amount of pain.

About the Author: I am a voice crying out for change in a society that generally seems content to stay asleep. My name is Michael Snyder and I am the publisher of The Economic Collapse Blog, End Of The American Dream and The Most Important News, and the articles that I publish on those sites are republished on dozens of other prominent websites all over the globe. I have written four books that are available on Amazon.com including The Beginning Of The End, Get Prepared Now, and Living A Life That Really Matters. (#CommissionsEarned) By purchasing those books you help to support my work. I always freely and happily allow others to republish my articles on their own websites, but due to government regulations I need those that republish my articles to include this “About the Author” section with each article. In order to comply with those government regulations, I need to tell you that the controversial opinions in this article are mine alone and do not necessarily reflect the views of the websites where my work is republished. The material contained in this article is for general information purposes only, and readers should consult licensed professionals before making any legal, business, financial or health decisions. Those responding to this article by making comments are solely responsible for their viewpoints, and those viewpoints do not necessarily represent the viewpoints of Michael Snyder or the operators of the websites where my work is republished. I encourage you to follow me on social media on Facebook and Twitter, and any way that you can share these articles with others is a great help.  During these very challenging times, people will need hope more than ever before, and it is our goal to share the gospel of Jesus Christ with all many people as we possibly can.