This Is The Real Reason Why They Raided Mar-a-Lago 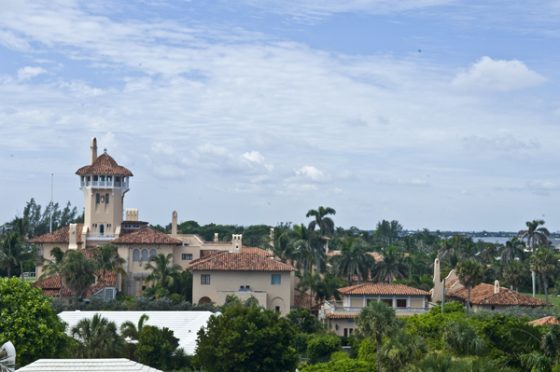 No matter where you fall on the political spectrum, you should be absolutely horrified by what the FBI just did.  When one political party weaponizes the law in order to crush their main opposition, the legitimacy of the government disappears.  At this point it is clearer than ever that the United States has become a banana republic, and it greatly pains me to say that.  From the time of the Founding Fathers up to today, so many Americans have sacrificed so much for our once great nation.  But now we are the generation that gets to witness the death of the American experiment.

When I hear Democrats say that “nobody is above the law”, it makes me laugh.

How do you think the Bidens and the Clintons have stayed out of prison all these years?

Of course they are above the law.

But all of our other politicians have broken the law at some point too.  We literally have more laws, rules and regulations than any other society in the history of the world has had.  So if you look close enough, you will find that everyone has slipped up somewhere.

Needless to say, the vast majority of the time that our politicians violate the law, there are no consequences.  If they are good boys and girls and go along with the program, they will generally be left alone.

However, those that prove to be serious threats to the establishment are singled out.  It is all about selective enforcement.  In recent years we have seen this pattern play out repeatedly, and now it is happening again.

They aren’t going after Donald Trump because he is guilty and everyone else in Washington is innocent.

Rather, they are going after Donald Trump because they think that they have found a way to keep him from ever running for president again.  The following is what 18 U.S. Code § 2071 says…

(a)Whoever willfully and unlawfully conceals, removes, mutilates, obliterates, or destroys, or attempts to do so, or, with intent to do so takes and carries away any record, proceeding, map, book, paper, document, or other thing, filed or deposited with any clerk or officer of any court of the United States, or in any public office, or with any judicial or public officer of the United States, shall be fined under this title or imprisoned not more than three years, or both.

(b)Whoever, having the custody of any such record, proceeding, map, book, document, paper, or other thing, willfully and unlawfully conceals, removes, mutilates, obliterates, falsifies, or destroys the same, shall be fined under this title or imprisoned not more than three years, or both; and shall forfeit his office and be disqualified from holding any office under the United States. As used in this subsection, the term “office” does not include the office held by any person as a retired officer of the Armed Forces of the United States.

If they can convict Trump under this section, he will be permanently banned from the presidency.

And that is exactly what they want.

This is the first time in history that the private home of a former president has ever been raided, and Trump is absolutely horrified that this has happened…

“Nothing like this has ever happened to a President of the United States before. After working and cooperating with the relevant Government agencies, this unannounced raid on my home was not necessary or appropriate,” Trump said. “It is prosecutorial misconduct, the weaponization of the Justice System, and an attack by Radical Left Democrats who desperately don’t want me to run for President in 2024, especially based on recent polls, and who will likewise do anything to stop Republicans and Conservatives in the upcoming Midterm Elections.”

“Such an assault could only take place in broken, Third-World Countries. Sadly, America has now become one of those Countries, corrupt at a level not seen before,” Trump said, alleging that the FBI agents broke into his safe.

I don’t blame him.

I would be horrified too.

Donald Trump is probably the target of a criminal investigation and the raid on his Mar-a-Lago mansion shows it, a former acting US Solicitor General has said.

Neal Katyal, who was appointed by Barack Obama to represent the government in front of the Supreme Court between 2010 and 2011, told MSNBC on Monday night that if he were Trump’s lawyer, he would be telling him to ‘prepare for jail time’.

It isn’t enough for them just to defeat Trump politically.

They want to destroy him, just like they have destroyed so many others.

These guys are playing hardball.  After experiencing four years of Trump in the White House, they want to make absolutely certain that such a “mistake” never, ever happens again.

So the full power of the FBI and the Justice Department are now being directed at Trump, and they aren’t going to show any mercy.

In light of what has just transpired, a statement that Attorney General Merrick Garland made recently now sounds even more ominous…

As Garland recently said, federal prosecutors are now engaged in the “most wide-ranging investigation and the most important investigation that the Justice Department has ever entered into…We have to get this right.”

They aren’t going to stop until they win.

And if “another Trump” arises, they will give that individual the same treatment.

If you love this country, what we are witnessing should deeply sadden you.

Our system of government was once an inspiration to people all over the globe, but now it is starting to come apart at the seams at a staggering rate.

If corruption wins, there will be no future for our system of government, and that should greatly alarm all of us.