This Claim of Market Failure Deserves No Credit 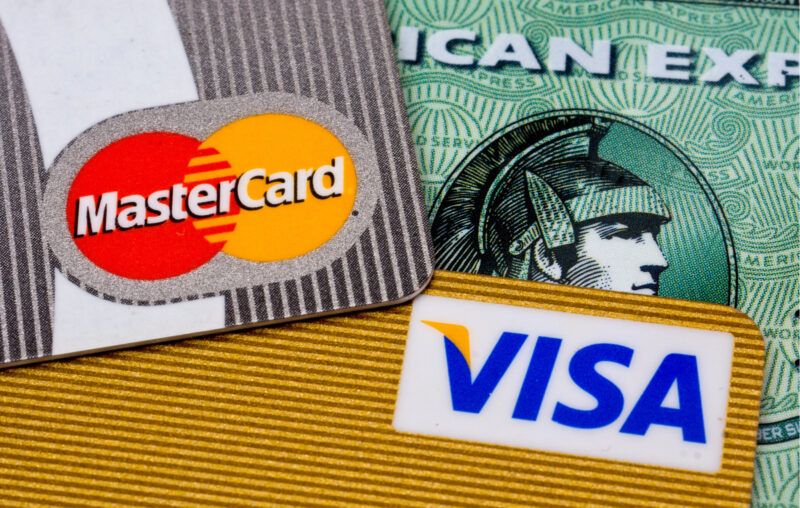 Among readers of my blog, Café Hayek, a recent Vox essay – “The ugly truth behind your fancy rewards credit card” – is drawing attention. This essay was emailed to me by three different readers. Each one correctly senses that something about this essay’s argument is fishy.

The essay’s author, Emily Stewart, relies on research by Brookings Institution scholar Aaron Klein to argue that credit-card reward points are a scheme through which poor people are led unawares to subsidize the consumption of rich people. The core of this argument – which I dub the Klein-Stewart thesis – is straightforward. Stewart ably summarizes it:

Every time a credit card is swiped, the bank charges a fee. It seems trivial, but those fees add up – enough to help pay for rewards like points-funded hotel rooms and cash back. To compensate, businesses raise prices, and so cash users (who tend to be poorer) are often subsidizing the perks going to credit card users (who tend to be richer). And the higher the rewards, the bigger the cost to the unsuspecting people paying for it.

Where to start? How about with the fact that even poorer Americans have access to credit cards? According to a recent survey, despite pandemic and lockdown-induced job losses, four in five American adults today have at least one credit or charge card, with the typical card holder having more than one. Although 2020-2021 saw a slight decrease in the number of card holders, in the fourth quarter of 2020 alone 16 million new card accounts were opened for subprime borrowers – that is, for borrowers with sketchy credit scores. The total number of card accounts held by subprime borrowers today is 64 million. This number isn’t small.

But the problem with the Klein-Stewart thesis runs more deeply than a failure to recognize the full extent to which poor Americans have access to credit cards. One deeper problem is that the thesis ignores the very real costs of conducting business. Because it’s costly for businesses to charge separate prices for every distinct benefit they convey to consumers, bundled pricing is commonplace.

Consider supermarkets. Nearly all supermarkets offer customers ‘free’ parking, despite the fact that building and maintaining these parking lots is costly. These costs are recouped in the prices supermarkets charge for groceries. Yet not all supermarket customers use automobiles. Some customers walk to the supermarket. I live within walking distance of a Whole Foods store, and so although I shop there frequently, I never use its parking facilities. Other customers take taxis or public transportation.

Are non-parking customers, myself included, being ripped off by the fact that part of the prices we pay for groceries is used to enable supermarkets to supply free parking to other customers? Of course not. In a world in which all transactions are costly to carry out – which is our world – it’s simply not worthwhile for supermarkets to identify non-parkers and then to determine just how many pennies should be shaved off of their grocery bills. That is, the costs that supermarkets would incur to prevent me and other non-parkers from ‘subsidizing’ parkers would be so great that, should supermarkets attempt this task, their total costs of operation would rise. Supermarkets would have to raise grocery prices for everyone, parkers as well as non-parkers.

So why don’t supermarkets charge customers to park?

Food retailing in the U.S. is intensely competitive. Because of this reality we can be sure that the value to consumers of ‘free’ parking paid for in the form of higher grocery prices is greater than parking-for-pay combined with lower grocery prices. Determining exactly why this outcome is so is, for us, unnecessary. But the likely reason is that, for supermarket customers, the transaction costs, reckoned in terms of time and inconvenience to each customer of paying out of pocket for parking, exceed the costs of paying for parking in the form of higher grocery prices. Charging directly for parking would thus result in less shopping at supermarkets. Some stores might become uneconomical to operate, while stores that remain open would raise prices to cover electricity, managerial salaries, building rent and maintenance, and other overhead expenses.

We can be pretty certain that if government forced supermarkets to stop non-parkers from ‘subsidizing’ parkers, the total costs of groceries would rise for everyone.

Similar reasoning applies to merchants that accept payment through credit cards. If government forced these merchants to stop customers who pay with cash from ‘subsidizing’ customers who pay with credit cards, merchants would have to spend resources on this costly effort. It’s not only grocery retailing in America that is intensely competitive; almost all retailing is so. Merchants – and there are indeed many – who do not offer cash discounts have discovered, or have good reason to believe, that the costs of offering such discounts exceed the benefits.

Note that merchants have incentives to offer cash discounts whenever doing so would raise their revenues by more than any accompanying increase in costs. The reason is that cash discounts enable merchants to attract more poor customers – a desirable outcome even for (indeed, especially for) the greediest of merchants. So the fact that relatively few merchants offer cash discounts reveals that, were government to compel the offering of such discounts, merchants’ overall expenses would rise by more than their revenues. To cover these higher expenses, prices would rise, including those paid by poor customers.

Another way of putting the above conclusion is this: Merchants that accept credit cards (even ones with bonus points) typically find that the lowest-cost way to serve consumers is to charge the same prices to customers who pay with cash as are charged to customers who pay with credit cards. (That some merchants do give cash discounts proves that experimentation is occurring!) My guess is that this typical policy of not giving cash discounts results in more sales than otherwise and, thus, better ability for merchants to spread total overhead costs more thinly, with the result being overall lower prices even for customers who pay exclusively in cash. Or perhaps not. Maybe there’s some other benefit to this policy, one that no armchair economist, think tank researcher, or magazine reporter is informed enough to detect.

Whatever the precise reason for the prevalence of this retail policy, because it results from an intensely competitive market process, the strong presumption must be that it serves most consumers better than would any alternative. But such a presumption is, as lawyers say, rebuttable. In our uncertain and highly complex world filled with puny-brained humans, we can be sure that, at every moment, reality features a great number of particular arrangements that are imperfect and subject to being improved.

The question then becomes, how? What is the best source of this improvement?

Competition Is Usually the Best Source of Improved Markets

While there are exceptions, I’ve found it indeed to be a rule that whenever someone claims to identify some problem with the market, that someone – if his or her claim is correct – has thereby also identified a golden opportunity for personal profit. Most claims of market failure are ones that are subject to being ‘corrected’ by private entrepreneurial activities. And so whenever someone, such as Aaron Klein or Emily Stewart, asserts the existence of a market failure, our first response should be to follow economist Deirdre McCloskey and ask: If you’re so smart, why aren’t you making yourself rich by seizing the profit opportunity that you claim to identify? If you who claim to identify a market failure could, but don’t, voluntarily put your own money where your mouth is in an attempt to address that alleged failure, why should anyone listen to your pleas for government to coercively put other people’s money where your mouth is?

I believe this skeptical attitude toward claims of market failure, and the related insistence that people put their money where their mouths are, to be both appropriate and powerful. But not everyone agrees. In my next column I’ll explain in detail why in most (though not all) cases of asserted market imperfections and failures, the appropriate response is indeed: If you’re so smart, prove it by putting your money where your mouth is. And if you refuse to do so, shut up.

This article, This Claim of Market Failure Deserves No Credit, was originally published by the American Institute for Economic Research and appears here with permission. Please support their efforts.