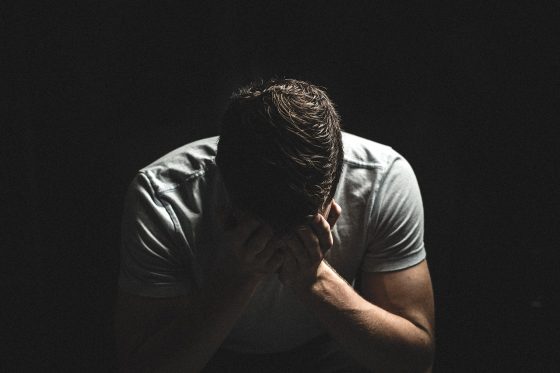 Did you know that the U.S. has averaged more than one and a half mass shootings a day so far this year?  I know that sounds crazy, but it is true.  Monday will be the 200th day of the year, and according to Wikipedia there have been 327 mass shootings up to this point in 2021.  And actually the information on Wikipedia does not include all of the most recent mass shootings, and so the true number is actually a little higher.  But you can’t really blame Wikipedia, because it is extremely difficult to keep up with all of the mass shootings that are happening these days.  In fact, each one barely even makes a blip in the news before the next one happens.  We have become a nation that is filled with violence from one end to the other, and many believe that what we have experienced so far is just the beginning.

On Saturday night, headlines were made all over the nation when a baseball game between the Washington Nationals and the San Diego Padres was halted due to a mass shooting that took place right outside the ballpark…

Three people were shot outside of Saturday night’s Nationals game during the 6th inning, causing players to run off the field and fans toward the exits. According to Washington Nationals on Twitter, a shooting was reported outside of the Third Base Gate at Nationals Park.

Sadly, mass shootings are becoming way too common in D.C. these days.  Just the night before, there was a mass shooting in the city that took the life of a 6-year-old girl…

Police are pleading for information after a 6-year-old girl was killed and five others were injured in a shooting late Friday night in Washington, D.C.

The shooting took place shortly after 11 p.m. in the neighborhood of Congress Heights, according to the Metropolitan Police Department of the District of Columbia.

Not since the days of Marion Berry have we seen such extreme violence in the nation’s capital.

Carjackings in D.C. are up a whopping 74 percent so far this year, and the police union is admitting that the city has become a place where “violent crime permeates everything”…

The police union, however, heaped blame on the ‘elected officials’ who they said allowed DC to become lawless.

‘Welcome to Washington, D.C. Where violent crime permeates everything,’ they tweeted on Sunday morning.

‘It is a tragedy that elected officials won’t let us do our jobs.’

Mass shootings are becoming increasingly common in other large cities as well.  For example, Portland is rapidly becoming one of America’s most violent cities, and over the weekend there was a tragic mass shooting in the city in which eight people were shot…

On Saturday, July 17, 2021 at 2:10 a.m., Central Precinct officers responded to a report of multiple people shot in the 300 block of Southwest 3rd Avenue. When officers arrived they found many people injured. The officers initiated lifesaving measures and secured the scene for paramedics to respond. So far 8 patients have been located and transported to the hospital by ambulance. At least one is considered life threatening. There appeared to be both male and female adults hit by bullets.

The suspect or suspects left the scene before police were called and no one has been arrested. No suspect descriptions are being released at this time.

Portland was once such a beautiful place.

What in the world has happened to that city?

Of course Portland still has a long way to go before it gets as bad as Chicago.

On Saturday night, there was a mass shooting in Chicago that resulted in four children being hit…

Four children were among six people shot and wounded Saturday night in a drive-by shooting that targeted a group mingling outside a house party in Chicago, police said.

The shooting happened about 11:40 p.m. in the Austin neighborhood on the city’s West Side, according to the Chicago Police Department.

It should break all of our hearts when we hear of innocent young children getting shot.

In the old days, criminals had higher standards than this.  In most cases, they would at least wait until there were no children present to start shooting at their enemies.

But these days, hearts are so cold that people will start shooting whether children are around or not.

In fact, some gang members are so twisted that they actually relish the thought of taking down the children of their rivals.

At this point, I don’t know why anyone would still want to live in Chicago, because a drive by shooting could literally occur at any moment.  Here is an example that happened just last Wednesday…

Autry Phillips runs a community outreach center on a block in Gresham where people like to gather on the street and catch up with each other.

“It’s a good thing to do,” Phillips said. “We want people hanging out on our block.”

And that’s what people were doing Wednesday, standing and talking near a food mart at 79th and Justine streets when a silver car pulled out from an alley and three gunman opened fire shortly after noon.

And that wasn’t even the first mass shooting in the city that day.  A few hours earlier, a shooter gunned down four women and a man…

Hours earlier, four women and a man were shot in West Garfield Park on the West Side. As in Gresham, they were gathered on a sidewalk in the 4600 block of West Monroe Street when someone approached with a gun and shot them shortly after midnight, police said.

Once upon a time, a mass shooting like that would make headlines all across America.

But these days they are so common that each one barely gets noticed.

In order to make headlines these days, a mass shooting has to have an unusual element to it.  If the shooting that just happened in D.C. had not stopped a baseball game, it probably wouldn’t have gotten much notice at all.

If we are seeing this much violence now, what will this country look like once economic conditions become extremely harsh for an extended period of time?

The fabric of our society is literally being ripped to shreds all around us, and we are headed for a very, very painful future.