The World May Be Getting Darker, But We Must Carry on the Light of Liberalism 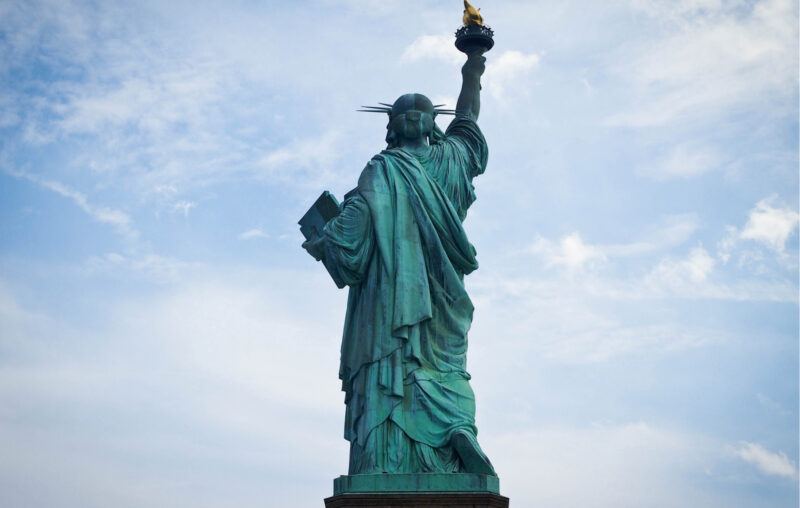 In my home state of Pennsylvania, the government recently lifted all coronavirus restrictions, other than the mask mandate for unvaccinated persons, after more than a year of social distancing, forced business closures, and unprecedented restrictions on personal freedom. The light at the end of this nightmarish tunnel finally seems visible. Yet, there is good reason to fear that the sun may in fact be a bit more dim than we recall it from the beginning of said tunnel.

In a recent essay, Don Boudreaux, drawing upon a short speech by British liberal Daniel Hannan, expressed his own fears that the pandemic may be the beginning of the end of modernity itself, pointing out that the rich, and relatively peaceful and pluralistic world we live in now is an aberration in the millennia-long history of human existence. Famine, pestilence, and violence are the normal characteristics of human life that have tended to be nasty, brutish, and short. Liberalism has brought about such a radical shift in how humans live that it is difficult to wrap our heads around how abnormal our lives are today. Yet, Boudreaux warns, the response to the pandemic over the past year has done much to undermine the key attitudes that are the bedrock upon which the liberal social order rests. Social trust has been replaced with an existential fear of strangers, open discourse replaced with the censoring of dissent.

No doubt, part of the damage has come from our leaders’ ignorance about the true nature of the social order. As I wrote about last April shortly after the lockdowns began, government and public health officials made sweeping pronouncements that made it very clear that they had no understanding of the larger second-order effects of their policies. As the Spanish philosopher José Ortega y Gasset put it, a “learned ignoramus” who is very smart in one small sliver of knowledge but completely clueless about everything else, “believes that civilization is there in just the same way as the earth’s crust and the forest primeval.” But civilization isn’t just there. It has been built over the course of centuries and under liberalism has reached heights that earlier man simply couldn’t conceive of, and the damage that has been done since last March will not be easily repaired.

It may be that Daniel Hannan is correct and that going forward the world “will be poorer, colder, grayer, more pitched, more authoritarian.” The state seldom likes to relinquish the authority it has taken when a crisis is over. No doubt there will be a chorus of calls for more government intervention to fix the myriad of ills it created or exacerbated while trying to deal with the virus. And the virus and its illiberal response came at the same time that anti-liberal sentiments on both the left and the right have been on the rise for several years. It seems likely this trend is only going to get worse in the years to come. Perhaps at no point since the Second World War has Mises’ warning that “antiliberalism is heading toward a general collapse of civilization” been more relevant.

With that in mind, it is easy to become discouraged at the shape of the world in general and liberalism in particular. However, the battle for liberalism and the future of human society that comes with it is already lost if we give in to such despairing thoughts and retreat from the battle. Mises once wrote that “everyone carries a part of society on his shoulders; no one is relieved of his share of responsibility by others. And no one can find a safe way for himself if society is sweeping towards de­struction. Therefore everyone, in his own interests, must thrust himself vigorously into the intellectual battle.” But, when we are honest with ourselves, it is much easier to thrust ourselves into the intellectual battle when things are going well, and not, as the case seems now, to be headed towards defeat after defeat, if not the all-out rout of liberalism itself. If the forces of antiliberalism are indeed on the brink of achieving the destruction of civilization, perhaps it is best to head for the hills and watch the world burn.

We can be excused for falling into such glum thoughts from time to time (Hayek himself admitted to being “very depressed indeed” in the years before he received his Nobel Prize) but if we truly believe in our liberal convictions then we are obligated to continue to fight for the truth, no matter how terrible the odds may seem.

Ironically, when we do give in to such despair, we are falling into the same trap that drives so much of the antiliberal impulse: the pretense of knowledge. Society is infinitely complex and beyond the ability of humans to directly control and centrally plan. We know this from countless examples and mountains of theory. Yet, when we say that we know the future beyond any doubt that liberalism is lost, then we are also giving in to this impulse to claim a deeper understanding of the social order than we actually possess. The future is radically uncertain and we don’t know what will happen. Therefore, there is still a chance our efforts will not be in vain.

However, while a Hayekian understanding of the knowledge problem may be enough to rouse some people from their beds every morning, abstract knowledge just doesn’t cut it for most people. Fortunately, though perhaps surprisingly, we can find the same principles embedded in the much more moving and motivating work of J.R.R. Tolkien, of all people.

One of the key elements of Tolkien’s story in Lord of the Rings is that the world in which it takes place is a world of civilizational decay. The once proud and mighty kingdom of Gondor is but a shade of its former power and glory, Aragon recites the Lament of the Rohirrim, that bewails that “the days have gone down in the West.” With the renewed might of Sauron, all this decay and weakness is made all the more clear. Yet, the way in which characters react to this situation is one of the key elements of the story that can best be seen in the contrast between the characters of Theoden and Denethor.

Theoden and Denethor have many things in common. They are both the leaders of their respective people, they are both old, they have both lost their heirs, and they both have a very pessimistic outlook on the future. However, they both react to the situation in completely different ways. Tolkien scholar Tom Shippey, in his book J.R.R. Tolkien: Author of the Century, notes several contrasting characteristics about Denethor that one of an intellectual bent can’t help but feel guilty of at times. Shippey notes that “Denethor is cleverer than Theoden, knows more, is more civilized, and perhaps more intelligent: but he is not wiser… He looks too far into the future, and misinterprets what he sees. Above all, he trusts in his own chains of logic.”

Denethor’s intellectual hubris is symbolized in his use of a palantir, a seeing stone that allows him to see far off places and into the future. However, Denethor, just like Saruon and Saruman when they consult the seeing stones, is shown something that is true without context and is misled. Believing that Sauron has reclaimed the One Ring, he kills himself in despair.

Theoden, like Denethor, believes the world is going to hell in a handbasket, but in contrast to Denethor, he does not give in to despair. Theoden is not so clever as to trust his “own chains of logic” like Denethor, and neither does he consult a palantir to attempt to know the future for certain. While Theoden thinks that the situation is grim, he does not let that despair overpower him because he has other values that motivate him beyond it. He cares for his people, and he desires to live up to the glory and honor of his noble ancestors. He carries on doing what is right, even though he does not know how it will end. And in the end, even though he is slain, the doom that he feared did not come to pass.

As we only begin to catalogue and understand the true cost of the past year of manmade illiberal disaster, we will inevitably be faced with periods where we are tempted to give in to the despair of Denethor in our conviction that we have seen the future. It may be that we are correct, but we do no not know for sure, and if we fail to continue on with that sliver of hope then the cause of liberalism truly shall be lost. But as Tolkien’s work demonstrates, “even the very wise cannot see all ends” and things may work out better than we hoped. Liberalism is not merely an abstraction we fight to advance for its own sake, but rather for the sake of the flesh and blood of humans of the world, and in remembrance of those who have fought the good fight before us. As “society is sweeping towards de­struction” let us keep in mind our own limited knowledge of the future and thrust ourselves “vigorously into the intellectual battle” once more.

This article, The World May Be Getting Darker, But We Must Carry on the Light of Liberalism, was originally published by the American Institute for Economic Research and appears here with permission. Please support their efforts.