The Will to Power and the Specter of Hubris 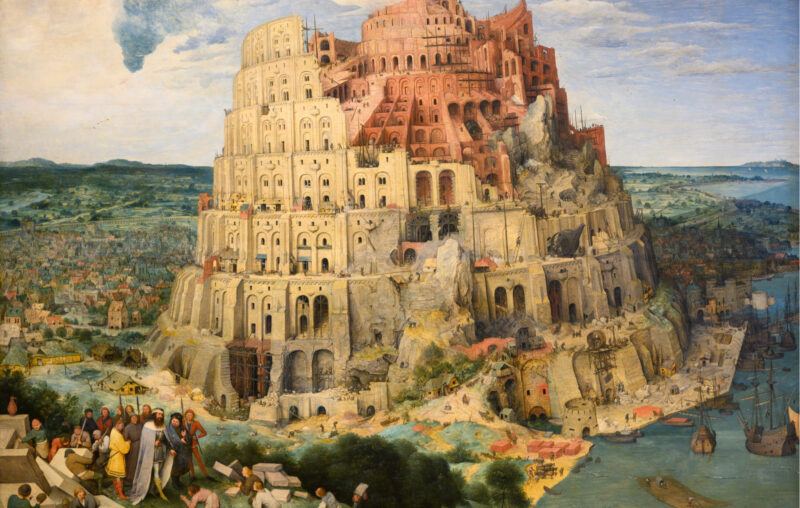 There’s a specter haunting the West, the specter of hubris.

We think we know everything, and what we know to be morally right today was always universally so. Available for our predecessors to discover, we’re actually the ones who did so and embraced it while they didn’t. Consequently, we can tear down everything they built and recreate human affairs in our divine imagination.

This is nonsense, and elementarily so. For starters, it’s exactly what our 15th century or 19th century predecessors said when they justified taking foreign lands and enslaving their natives. We might not fall into those exact pitfalls today, but it’s unlikely that we thereby avoid others. We don’t have all the answers today – much like our predecessors didn’t in theirs. We look at their faults, in virtues and in knowledge, as shameful and embarrassing; we tear down the statues of those who hundreds of years before our woke times couldn’t live up to the ideals we had time and grand economic flourishing to develop and discover.

For what does it imply about our present state of affairs – our societal institutions, our cultural convictions, our moral persuasions and actions – if we improved on what came before us? And they, in turn, had improved on something that came before them? Naturally, some subset of what we think is obviously good, right, and beneficial today will be denounced by our heirs as incomprehensible, and unfathomably evil (I have a few suggestions: climate hysterics, governments, pandemic restrictions, or large nation states).

If the belief you hold states that later is morally and empirically correct, should we not, therefore, approach what we know and what we condemn with a little less hubris? To cite the recently demonetized Heather Heying, what if we’re wrong? In a great piece for Areo she continues:

“Too many would make themselves judge, jury and executioner of certain concepts and conversations, while claiming to be the sole proprietors of truth. They are engaging in a grand narcissism: they imagine themselves as, for the first time in history, able to see everything.”

To arrive at the end of everything, the true destination, truly is the height of arrogance.

The same mind that thinks ours is the highest morality humans ever accomplished, also thinks it’s in a position to rule everything. After all, if you’ve found The Good Answer, it stands to reason that you should share this by putting that Answer to good use in everybody else’s lives. If you know better, which your elevated moral and social analysis suggests, you have a get-out-of-jail-free card for bossing everyone else around.

The biggest problem of our times isn’t the pandemic, climate change, imagined social inequities, or the difference in opinions or incomes between meticulously sliced demographic groups. It’s the more fundamental desire to use politics to fix those issues  – the desire to dominate others. The will for one (wo)man to power over another, govern their choices, rule their assets, confiscate their (just) earnings – and the unflinching persuasion that you have both the divine right or the superior knowledge to do so.

“Power corrupts, and absolute power corrupts absolutely,” Lord Acton is credited with saying in the nineteenth century. The way we use that quote today, or in the democratic movements of the early 20th century, is to limit government and support a separation of its power. Because of its corruptive tendencies, no power ought to be vested with a single man or woman and when unavoidable, power must be wielded very briefly and for specific reasons. Cue popular government, democratic elections, term limits, and overlapping – competing – institutions of political power.

But what isn’t similarly questioned is the corrupting power on those institutions themselves, and the larger problem looming over its content. A power, though separated, that is continually encroaching and moving its permissible actions forward is as much of a problem as the concentrated despotic power we associate with dictators or kings of centuries past. A tyranny of checks and balances is no less tyrannical than the divine right of kings.

From St Augustine through Eric Voegelin and Friedrich Nietzsche, the Libido dominandi brings along its dear friend, Hayek’s “Pretense of Knowledge.” To desire violent power over others quickly degenerates into a dogmatic belief that my word is better suited to rule over all than is your word. Cue canceling, fact checks, extremist warnings for content, and suppression of knowledge that misbehaves (speaks truth to power?).

In the book by Ian Mortimer that I – with mixed feelings – reviewed last week, we have this great historian of societal change denouncing our current way of life. This cannot go on, he says, echoing declinists of every flavor, informing me that what he says is a “mathematical reality:”

“If the correct agricultural and technical knowledge is reintroduced into society, and enough preparation takes place in terms of sustainable energy generation, planned crop planting, limited livestock production, and the reduction of unnecessary manufacturing, there is no reason why most Western countries should not support a sizeable population. [All we need is a] highly organised approach to food growing and distribution.”

I marked every word that reveals Dr. Mortimer’s outrageous hubris, not to specifically single him out but to illustrate the abundance of know-it-alls thinking they can run the show better than those already running it. Value is what I say it is; if I say manufacturing is unnecessary, people producing and consuming the gadgets ought to repent and see the error of their ways; If I say agriculture isn’t done in the way it “should” be done, farmers from Kenya to Kent should heed my enlightened call. If I say there’s a market failure, it doesn’t matter if one is actually there, if anyone can “fix it,” or if the governmental cure is worse than the imagined disease.

This isn’t Icarus flying too close to the sun but colliding with it and still thinking himself its master.

Every intellectual and moral superior, from the Catholic Church half a millennium ago to the New York Times army of woke, preferred-pronoun-revealing editorial writers have thought themselves arrived at the final state of affairs. Our ancestors, we must admit, did not know everything, and had not figured everything out; but now, under the sweet influence of hubris, we know the true nature of everything, who is right, what’s moral, and what everyone else ought to do. If you dare deviate, if you dare question the intellectually supreme class, if you dare utter those revealing words (“hang on a minute…”), you deserve every ill that comes your way.

All specific controversies are downstream of a much broader, Smithian and Hayekian problem: the belief that somebody, somewhere, knows better how to arrange the pieces of humanity’s chessboard. You don’t. Believing so is the mind of a tyrant, but somehow we celebrate them for their brilliance and think them enlightened when they propose to centrally plan our lives and our economies.

This article, The Will to Power and the Specter of Hubris, was originally published by the American Institute for Economic Research and appears here with permission. Please support their efforts.